Nicole Go Thorp has a good head on her shoulders–and can sure bust a few hip-hop moves, too | Inquirer Lifestyle ❮ ❯ 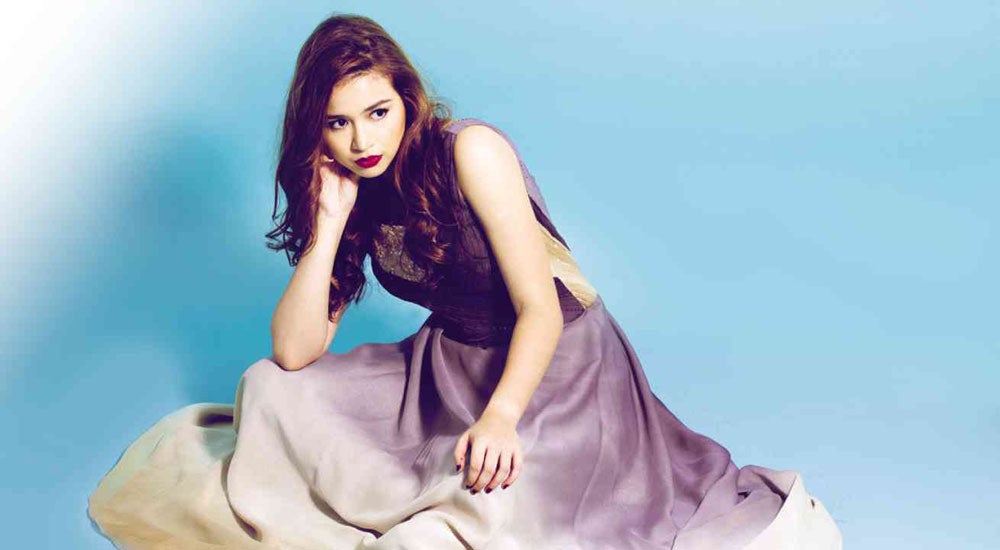 TEMPORARY PAUSE. Nicole had to stop dancing for a while to see other things that she can do. Gown by Auggie Cordero. PHOTOGRAPHY TOFF TIOZON

Nicole Go Thorp has a good head on her shoulders–and can sure bust a few hip-hop moves, too

Hip-hop dancers often move with intense feelings, but Nicole Go Thorp of Ateneo de Manila University is a breath of fresh air. She may have been dancing for five years already, yet she’s still your girl next door, full of hope and on her way to becoming a media practitioner.

“I actually didn’t like ballet. I was into sports, but then my mom forced me to do it. Then, eventually, I fell in love with dance,” Nicole recounts with a smile. She’s so much in love with her craft that her eyes glisten when she discusses her early performing years. “I think it’s because of the hip-hop,” she says.

Her jolly yet nonchalant persona isn’t hard to notice. Her bubbly character envelopes the whole studio during the shoot.

She was 13 when she started training for hip-hop, although she went on a hiatus before entering college. “I was into softball for a while, and then ice skating. Then I had to choose one,” she explains.

Her love for dancing can’t be put into just one word. She just knows that she loves it, and she was meant to master it. In her senior year, this 18-year-old became the team captain of the Assumption College Dance Troupe.

She is currently part of Company of Ateneo Dancers. Legit Status invited her to be part of its team, but she declined because she wants to focus on her academics and her dance group.

Nicole admits that she doesn’t follow any international dancer. She says that she is impressed by Beyoncé’s performing skills. “In terms of people who can pull off dancing and singing at the same time, it’s Beyoncé. I love her because she can really perform. There’s something about her that is very empowering for women, because she’s not the traditional ‘sexy singer’ mold,” she says.

Hip-hop dancing is a movement that a lot of Filipino parents are starting to fully embrace and accept. It had a negative image, with sexual innuendos, but as time went by, hip-hop became a channel for strong self-expression.

Nicole didn’t have any problems with her mom when she decided to pursue hip-hop. “She’s more concerned about how I’m going to juggle it with school,” says Nicole. This parental concern forced her to step up her game and learn to balance academics and dancing.

This student dancer has developed an interest in the media. She is majoring in AB Communication at Ateneo. Amid the social media craze, Nicole likes being part of the growth and revitalization of communication for her generation. “I think media is a good platform to start,” she says.

Nicole loves the flexibility and creativity that come with working in media, which encompasses journalism, public relations, advertising, marketing and TV production.

She’s ready to learn and innovate in this field when she graduates.

“I’m very interested in PR and  marketing. I also write, so I can be in journalism. I’m very open to production, in terms of studio prod and being behind the scenes. I’m so open to everything in the media world,” she adds.

One of her biggest dreams, aside from excelling in media, is to live in New York after college. “I feel so sheltered. I want to be put in a situation where you’ll have to learn how to do things,” she admits.

The concrete jungle would definitely teach her a thing or two about becoming a real independent woman.

Nicole has a sunny and vibrant aura that will make you forget where she went to school and her privileged family background. She has a sense of humility and a good perspective on life. “When I get there,” she says of her dreams, “it is going to be the real world, and I’ll be on my own.”