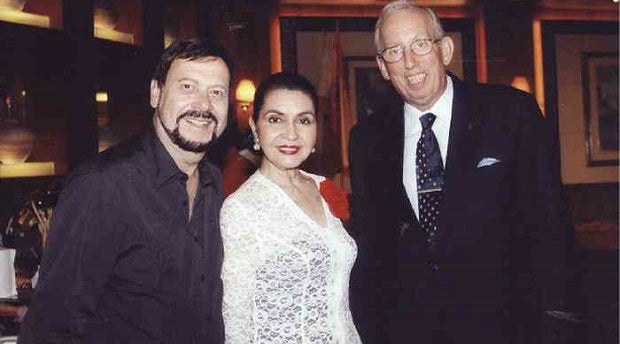 Christmas is just over, the new year has blasted in, the Three Kings have come and gone, but Cebu continues to be in the mood for celebration what with festivities already underway for the feast of the Santo Niño.

First salvo on the social and tourist front was the opening of the annual Cebuano Food Festival at the Marco Polo Plaza Hotel last Thursday.

This is another edition of last year’s “Sugbusog,” a term coined by the hotel’s consultant for Cebuano cuisine, Jessica Avila. It stems from “Sugbu,” the Visayan name of Cebu, and “busog,” which means sated, gastronomically.

The fare this year is inspired by “street food classics” which was first introduced last year, to great acclaim from gourmands and gourmets. It’s for lunch and dinner daily at Café Marco up to Jan. 19.

The action moves to the ballroom of the Waterfront Cebu City Hotel on Jan. 15 at 6:30 p.m. for the colorful pageant to select Miss Cebu 2014. It is a beauty and brains tilt, says the project chair Jaja Chiongbian Rama and vice chair Philip Rodriguez.

On top of it all are Cebu City Mayor Michael Rama, Vice Mayor Edgardo Labella and Phineas Alburo, chair of the city’s Tourism Commission. Judges will have a task as the 12 finalists are all pretty and witty.

Thousands of pilgrims will come from all over, many of them overseas visitors, to Cebu to honor the Santo Niño. Novenas have started this weekend. An important date is Saturday, Jan. 18.

The night previous the pilgrim image of the Santo Niño will be brought to the Mandaue Parish Church. In the morning of Jan. 18 it will sail from the Ouano family’s wharf aboard a ship decorated as a Spanish galleon.

The fluvial procession along the Cebu channel will be participated by numerous sea craft, all the way to the bridges that span from Cebu to Mactan. Destination is Cebu City’s Pier 1, at berth 7.

A flower-decked carroza awaits the Santo Niño which will be transported surrounded by myriad devotees to the corner of M.J. Cuenco Avenue and Juan Luna, then straight on to the Basilica.

For us, at noon time, we have our annual reunion with the family of Jose Mari and Happy (nee Ouano) Miranda, which includes daughter Merche and sons, Ipar with Tessa, and Josu. Lunch is home-cooked, highlighted by prawns from their farm in Bogo, Northern Cebu.

In the afternoon of Jan. 18 is the solemn procession with the Santo Niño bedecked in royal regalia. A precious piece is a miniature of the Order of the Golden Fleece, studded with emeralds and diamonds. It was given more than 300 years ago by Spain’s King Carlos III as “a gift from one monarch to another.”

It is a slow progress the Santo Niño makes through a long-winded path through Cebu’s streets aboard a silver float smothered with rare orchids and fragrant flowers. A cordon of soldiers guards it from enthusiastic devotees who try to pluck a blossom to keep as a relic.

In the morning of Sunday Jan. 19 is the High Mass to mark the actual fiesta of the Santo Niño, at the pilgrims’ center in front of the Basilica. Entering the church itself is precarious since it suffered some damage during the Oct. 15 earthquake. The belfry was pulverized.

For the tourists and revelers, Sunday Jan. 19 means the Sinulog festival, with many contingents participating through downtown Cebu on to the spacious Abellana National School grounds. Due to the recent calamities, some groups from neighboring provinces will not be around this time.

Yet, residents of Cebu City are deeply grateful for having been spared the wrath of Typhoon “Yolanda.” On days previous it was predicted to make a landfall here. It would have been more tragic than one can imagine as the typhoon would have hit the high mountains that we have and it would have bounced back repeatedly, as it is wont to happen.

Fe Sala Villarica has launched a drive to obtain “Special Friends” of the Metropolitan Ballet Theatre, a dance company she founded last year. Its initial presentation was well-received by balletomanes and the general public.

Fe offers subscriptions to corporate entities and individuals, assuring them of preferred seating at three ballet concerts in the year. That and ads, as well as a mention in souvenir programs, plus invitations to outreach events, open rehearsals, and a celebration at the end of the season.

The first season for 2014 opens on Feb. 21-22 with performances at the On Stage Theater for the Performing Arts in Ayala Center Cebu. First number on the program is “Diana and Acteon.” The rest of the repertoire will be announced (revealed is a better word) later.

Due to the recent calamities, the Cebu chapter of La Chaine des Rotisseurs canceled the anniversary gala scheduled for last December. It will be merged with the forthcoming induction of new members, new officers and upgraded members in March at the ballroom of the Marco Polo.

Presiding will be Michel Lhuillier as head of La Chaine in the Philippines, and his wife Amparito Llamas Lhuillier who heads the Cebu chapter.