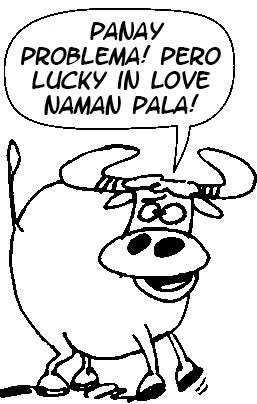 Beware, Mr. President. The coming Year of the Wooden Horse will be difficult for you. But take heart. All is not lost.

The Year of the Wooden Horse, which starts on Feb. 4 in the Chinese Lunar Calendar, is also a romantic year for those born, like the President, under the sign of the Rat.

That is according to Hong Kong-based geomancer Joseph Chau, who said the Year of the Horse would be a good time for those born under the Rat to plan on getting married.

Speaking at a briefing at Mandarin Oriental Manila, Chau said the Year of the Wooden Horse promised to be a challenging year for the Philippines and “very, very difficult” for President Aquino.

The Year of the Rat, he said, was “directly clashing” with the Horse.

According to Chau, “many unlucky stars” abound under the Rat, hence, those born under the Year of the Rat “will face lots of problems and hindrances at work.” Aquino was born on Feb. 8, 1960.

Be patient, be calm

“It is important that they be patient and stay calm with a clear mind when dealing with problems to avoid new complications,” Chau said.

“Rats also have to be wise in their actions and play safe. They must not be talkative. The Chinese proverb says: ‘Sickness enters from the mouth’ and ‘Troubles come forth from the mouth.’ Therefore, speaking and acting cautiously with deep contemplation and thorough consideration when handling their work is the path for them to be successful within the year.”

Chau said Aquino’s fortune would affect the country, which was also predicted to have a challenging year because it was “born” (or established) on June 12, 1898, on the Year of the Earth Dog, Month of the Earth Horse, Day of the Fire Horse and the Time of the Fire Monkey.

The abundance of fire elements thus puts the Philippines in an unenviable unlucky position.

“There will be much violence and many robberies and explosions,” he added. “There will be car accidents and also big fires, earthquakes, flooding and even terrorism around the world.”

Based on the elements of feng shui, according to Chau, Malacañang is in “the worst location” as it is in the “conflict direction.”

The President sits on the northwest side and faces southeast. These two directions are no good, Chau said, adding that the southwest direction is the “luckiest” position.

To improve the prospects for the Palace, Chau recommended that the Aquino administration turn on the fountains in Malacañang, since water is used to douse fire.

“The fountain in Malacañang is in the southwest, which is lucky. If [President Aquino] turns it on, Malacañang will have good luck for three years. But he will have to turn it on every day, not just on special occasions,” Chau said.

He also urged the Aquino administration to “get good advice from advisers” to respond to the challenges and make the business environment more conducive to investments, thus strengthening the partnership with the private sector and keep money flowing in to ensure continued economic growth.

But while Aquino faces a “very, very difficult” year at work, his love life should be much better, Chau said, adding The Year of the Wooden Horse is “a romantic year for Rats.”

“Single Rats should try to take this good opportunity to plan for marriage,” Chau said. “On the other hand, married Rats should keep away from temptation to avoid extramarital affairs.”

Lucky businesses are those related to fire, which include those in petroleum distribution, power generation and distribution, electronics, fashion and furniture, food and jewelry.

Things will not go as smoothly, however, for those in banking, cars, raw material production and entertainment, said Chau.

Real estate and construction are still good but are nearing their peak and growth should slow down soon.

Will Aquino remain loveless in 2014?