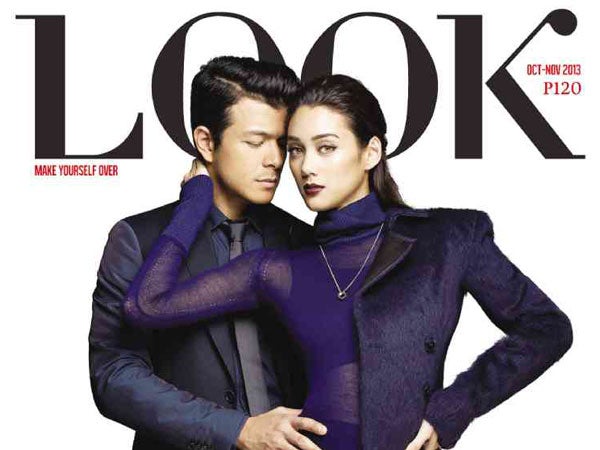 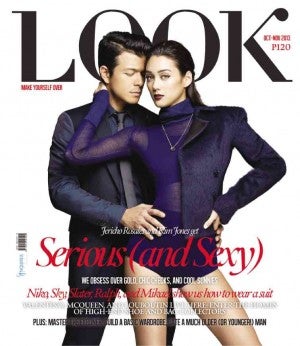 Jericho Rosales greets everyone like an old friend, his smile wide and warm.

At past 30, his face has gained a sort of quiet authority and calm that is welcome, even as it does little to hide the intensity that has always been there, from the time he appeared as the beleaguered lover boy in the teleserye that changed the course of his life, “Pangako Sa ’Yo,” in 2000.

It is easy to conclude that Jericho Rosales, actor, movie and film star, musician, and indie film producer is a self-made man.

The polish, the confidence, the bravado are all part of the whole requisite celebrity transformation, but in his heart of hearts, it is not difficult to see that the genial, hardworking kid from Marikina who used to sell fish at 14 in one of those  stalls in Concepcion Market has not been hopelessly changed by show biz’s star-making machinery and his home network’s spin doctors.

Kim Jones, Jericho’s future bride, was quick to see through the surface. Before a blind date arranged by Effie Go, a mutual makeup artist friend of the couple, the Filipino-British TV host and model, who grew up in Australia, knew next to nothing about Jericho Rosales. “I knew what he did for a living,” recalls 26-year-old Kim. “But I didn’t know him personally. So I Googled him because I wanted to know what he looked like. Yet I still didn’t know that he was that big here.”

On the evening in March 2011 that Jericho and Kim met at Rockwell in Makati and proceeded to a bar for a few drinks and conversation, the latter was surprised to find out that Jericho did not behave like a self-contained star who could only talk about himself and little else. “As soon as I met him, it was like he was just a normal person, really down-to-earth. He was a chill person.”

That time, Kim Jones had only been in Manila for three months. Falling in love was not remotely part of her agenda when she took time off from her banking job in Adelaide, Australia, following what she calls a quarter-life crisis. “I had this hunger to go out, travel, and find myself,” recalls Kim.

The Philippines was a natural choice, her mother being from Davao. “My plan was really to stay here for one year, with the hope of modeling, plus I’m part Filipino so I wanted to get in touch with my roots. When I came here, I just fell in love with the Philippines.”

With that distinct Aussie accent, lithe frame, and huge, bright eyes, Kim won small roles in TV ads before landing the lead part in a telecom commercial.  She gained sizable TV exposure later on as one of the hosts of the lifestyle show “Etcetera” on the cable channel ETC.

On the other hand, Jericho is what people would term as a “veteran” in matters of the heart. He is no stranger to dealing with tempestuous and very public relationships. And in 2011, he decided that he’d had enough of l’amour. If it would come, it would come.

It might have been long in coming, but when Jericho asked his ladylove to be his girl, the wait was well worth it.

The couple deliberately kept everything quiet, the more established Jericho acutely aware of the pitfalls of an affair conducted in the public eye.

And so when they found breathing room from work, the two pursued their common interests, from outdoor activities like soccer, surfing, running, boxing, and traveling, to the more leisurely task of watching all kinds of movies, except for horror flicks.

The long “courtship” allowed them to discover each other’s idiosyncrasies and to accept them. “It wasn’t as if we started being a couple and then we found out all these details,” points out Kim. “We got to know each other gradually. There was nothing shocking that we found out about each other.”

At first, Jericho’s celebrity had its challenges, but it helped immeasurably that he was sensitive to the fact that the attention and scrutiny was all foreign to Kim.

Nothing, however, prepared Kim for her own family’s reaction to her boyfriend when he went with her to Australia for her birthday last year.

Kim’s mom and aunt invited an entire group of Filipinos for a “meet and greet” with Jericho. “I was like, ‘Mom, you haven’t seen me in two years,’” says Kim, breaking into soft peals of laughter. “I guess I didn’t realize the full extent of his fame and appeal to Filipino women.”

Kim quips: “I realize that I have to share him with a lot of people.”

And she doesn’t really mind, because after the much buzzed-about wedding proposal in August, which happened while the couple was attending Sunday service at the New Life Christian Church in Alabang, Kim realizes by the day that she could not have found a more deserving fellow to share the rest of her life with. “The more I got to know him, the more that I fell in love with his heart, his generosity, his selflessness.” 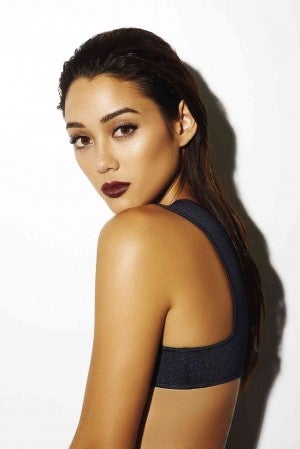 Jericho echoes his future bride’s eagerness for the wedding that will most probably take place summer of 2014. “It’s been nonstop, people congratulating us. Everyday, we are expecting something big. Everyday, may countdown kami. Meron kaming meeting with planners, we’ve been talking to people, getting advice, looking for a location. It’s been great and exciting.”

Both enamored with water, Jericho and Kim are eyeing a private and intimate beach wedding. “We’re looking at Boracay and other places,” reveals Kim, careful not to disclose too much.

She’ll have two gowns for “the day,” one for the actual ceremony and another for the reception.

The future Mr. and Mrs. Jericho Rosales have spoken about having little Katy Perrys and Bruno Marses. “It’s not in our short-term goals, somewhere down the track,” confirms Kim. “We’re taking it one day at a time.”

Jericho agrees wholeheartedly, his face devoid of worries and traces of old, forgotten heartbreak: “Things will be better, happier.”