Stephen Schwartz: ‘Without question, I am an Elphaba’ | Inquirer Lifestyle ❮ ❯ 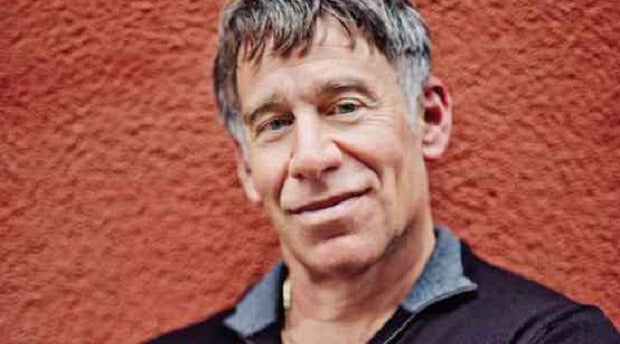 Stephen Schwartz: ‘Without question, I am an Elphaba’

By: Pam Pastor     Philippine Daily Inquirer / 04:38 AM January 25, 2014
When it comes to writing songs, Stephen Schwartz is a wizard. The lyricist and composer has spent four decades of his life writing hit musicals like “Godspell,” “Pippin” and, more recently, “Wicked,” as well as lending his lyrics to films like “Pocahontas,” “The Hunchback of Notre Dame,” “Prince of Egypt” and “Enchanted.”

He has raked in three Oscars, four Grammy Awards and four Drama Desk awards in the process.

With songs that you would want to listen to again and again, Schwartz helped bring Gregory Maguire’s L. Frank Baum-inspired novel “Wicked” to life on Broadway 10 years ago. The musical has enjoyed tremendous success since then, having been seen by over 38 million around the world.

Congratulations on “Wicked’s” 10th year! Why do you think people love this show so much?

I suspect a lot has to do with the leading character of Elphaba. I think people identify with her (although she is green and has supernatural powers!). I think many of us feel like outcasts or wish we were more popular and respected than we are, and the fact that Elphaba comes to terms with that and embraces her own power may be inspiring to audiences.

I also think people respond to the relationship between Elphaba and Glinda. Many of us have someone in our lives who has changed us and meant a great deal to who we have become, even if the relationship hasn’t always been smooth or easy.

What do you love about “Wicked”? What attracted you to the project?

In addition to my affinity for the character of Elphaba, I was attracted by the idea that while we tend to view the world and people in very black-and-white terms—heroes and villains, good guys and bad guys—things are actually a great deal more nuanced than that.

What was the most challenging thing about bringing “Wicked” to life?

Figuring out the plot for the musical. The novel is very sprawling and has a great many incidents we couldn’t or didn’t wish to include. Plus, we had scenes of our own we wanted to add. Getting all that into a manageable and coherent structure took a long time.

Did you have an inkling that it would be the huge success that it’s become?

We began to know by the reaction to developmental readings that we are on to something people responded to very strongly. But, of course, none of us could have predicted its overwhelming international success.

Tell us about your songwriting process. Is it true you usually start with the title?

I do like to start with a title, or, at least, find the title as early as possible. It helps me to structure the song. I basically try to become the character and “act” the situation for myself, and then see how that expresses itself both in words and in music.

Are you a Glinda or an Elphaba?

Without question, an Elphaba.

We’ve been playing the “Wicked” cast recording nonstop and our favorite songs change all the time. Do you have a favorite song from the show?

I do, but I will never reveal it. That’s because I don’t want to influence audiences and listeners, but want people to experience the songs for themselves without preconceptions.

Can you still count how many times you’ve seen the show? Do you still get goosebumps when you watch it?

I’ve long ago lost count. But there are definitely times when I see a new performer in the show do something that makes a moment his or her own that are very exciting to me.

What did you think of the New Zealand production, and how do you feel now that the show is heading to Manila? Will we get to see you here?

I loved it (and I’m not just saying that for the interview—I told my colleagues in the United States how good a production I thought it was). What I liked most about it was that, at least at the performances I saw, I thought it was one of the best acted productions of “Wicked” I have ever seen.

I’m excited because it gives me an excuse to visit Manila, some place I’ve always wanted to go. I am hoping (and currently planning) to get there during the run of “Wicked.”

We know you also worked on “Godspell” and “Pippin” but we cannot end this interview without mentioning “Enchanted,” which we adore and have seen numerous times. How much fun did you have working on it?

Working on “Enchanted” was one of the most enjoyable experiences I’ve had. I thought the idea of the movie was so clever, and it was fun for Alan (Menken) and me to make (gentle) fun of Disney animation songs, including our own!

Is there a story you’ve been wishing you can turn into a musical but haven’t had the chance to?

I tried to get the rights to the novels “Perfume” and “The Curious Incident of the Dog at Night,” but both authors turned me down.

We know that “Wicked” the movie will not happen for a long time, but do you have a casting wish list?

I don’t have any thoughts yet about casting for the movie. We’re only just beginning to talk about it, and thus as you say the movie is still a few years off. I suspect we may not even have heard yet of the actresses who will wind up playing Elphaba and Glinda, as they both may be too young right now for us to be aware of them.

We’re curious, which musicians and bands do you like listening to?

There are so many of them, and they are constantly changing. Right now, I am listening a lot to a couple of female singer-songwriters, Brandi Carlile and Sara Bareilles. And Sting is always a constant for me.

“Wicked” runs at the Cultural Center of the Philippines until Feb. 25. The Philippine season is produced by Marc Platt, David Stone, Universal Pictures, The Araca Group, Jon B. Platt and John Frost and is presented by Lunchbox Theatrical Productions, David Atkins Enterprises, 105.9 Radio High, and Concertus Manila. For tickets, call 8919999 or go to www.ticketworld.com.ph.