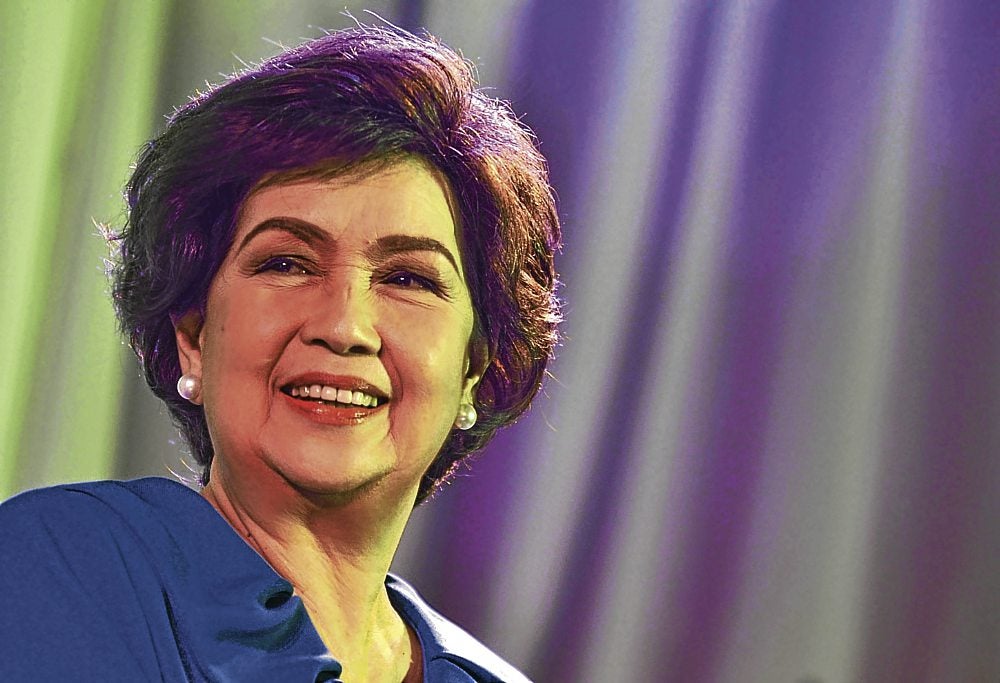 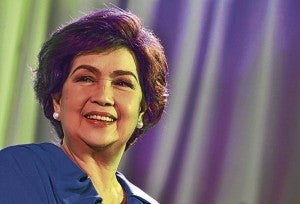 Susan Roces admits she is sentimental to a fault. She has transformed a house in Lipa, Batangas, into a storehouse for her “old things,” which includes “lots of gowns by Pitoy Moreno, some by Ramon Valera,” costumes, knickknacks and memorabilia she has gathered since the ’50s.

“They call me basurera because I keep everything,” said the 70-year-old actress who is famous for films from Sampaguita Pictures like “Mga Ligaw na Bulaklak,” “Prinsesang Gusgusin,” “Perlas ng Silangan.” She recently starred in the soap “Babaeng Hampaslupa” on TV5.

Her wedding gown, a beaded number by Pitoy Moreno, is still in good condition. Her daughter Grace tried it on for her wedding, but it was too small for her, since Roces was a svelte 110-pound bride then. These now-vintage treasures are dry-cleaned and properly stored, but for her residential home, Roces takes care of her clothes by using Champion detergent—a brand she has been endorsing since 2007.

Roces is so particular with her laundry that she washes her own delicates, a chore taught her by her mother, which she has passed on to her daughter and granddaughter as well. Champion, she added, is tender enough for her hands.

“I could have someone do it for me, but you yourself must wash clothes that directly touch your body,” she said during a recent press conference in Makati Shangri-La ballroom. 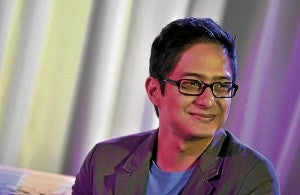 Another confession: “I’ve recently just quit smoking because of the ordinance that you have to get out of the building. Nakabababang-puri (demeaning)!”

Her morning coffee used to be accompanied by a stick of Philip Morris. It kept her company, but now, she said, “Champion” is her company.

Roces said Champion detergent leaves a fresh scent on her curtains, pillowcases and bed sheets. She recommends using it on colored clothes to keep the fabric looking new and the colors bright.

Her tip to homemakers: Maintain good communication with your household help. Give them instructions on how to wash delicate fabrics. Remind them that some pieces of clothing can only be hand-washed.

Another Champion endorser is TV personality Ryan Agoncillo, who hosts “Eat Bulaga” on GMA-7. A father of two and husband to drama actress Judy Ann Santos, Agoncillo said he was surprised when he was approached this year to do the ads.

Maintaining a home is different now that he is married, Agoncillo said. When he was a bachelor, he maintained his own apartment and had no house help. Friends would come over to hang out and enjoy a round of drinks on Saturday nights, and this usually extended until morning. He’d wake up by Sunday noon, clean up, and only after the pad was in order would he be able to take a bath, have late lunch, and go to his parents’ house for some family time.

Now his wife and the “excellent” household staff takes care of the home. Champion is used for the family laundry. He makes sure the second-floor living area is sanitized, since his son Lucho “owns” it.

“There are no shoes there or slippers. My dog Sachi sleeps inside the house, but is not allowed on the second floor.”

Champion is a Filipino brand that has been around since 1977, but only in certain areas of Northern Luzon, Visayas and Mindanao because the first plant in Valenzuela could only produce a limited supply.

Marketing manager Carlos Bacani explained that it became available in Metro Manila only beginning in 2002, when the company established a second plant in Laguna. The detergent is available in bar and powder in these variants: Regular White, Infinity, Natural, with fabric conditioner, Klasik scent and Blue Bar.