What it takes to be a ‘supermodel’ | Inquirer Lifestyle ❮ ❯ 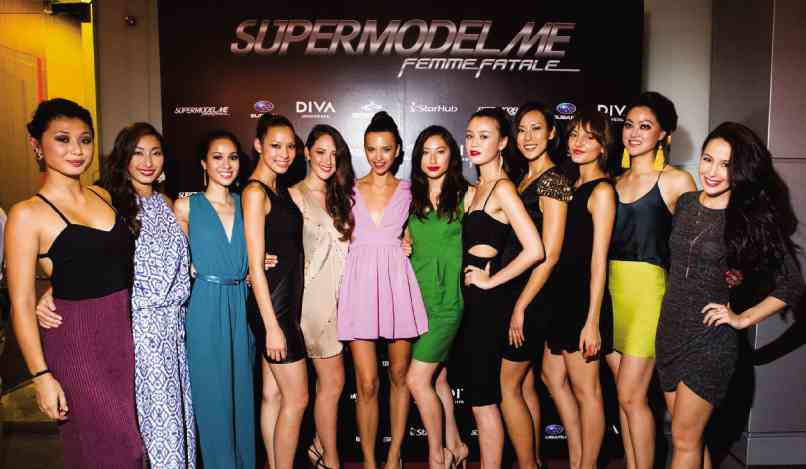 What it takes to be a ‘supermodel’

Tall, mixed-race, hot and pretty—do you believe these physical traits are enough to make one a model? Think again.

Reality TV shows have changed the way we view prime-time entertainment. They’re gritty, raw and, sometimes, scandalous. But what makes it a magnet of dreamers and believers?

“Supermodel Me: Femme Fatale,” an International Digital Emmy Award nominee, is paving the way for a new kind of fashion statement. The show’s advantage is that it teaches contestants not just how to pose from head to toe; it gives an insight into the model’s lifestyle. The challenging aspects of a model’s physical training is emphasized, aside from outlandish photo shoots.

As the show’s opening credits suggest, this show is now fiercer, edgier and darker.

Lisa says the show’s new set of contestants made it a lot bolder. “The girls are more savvy. They know what happens on reality TV, so they’re smart about how they play the game.”

But that is expected, because putting different girls in one house is like a ticking bomb about to explode with mental games. At stake is the title and SGD$35,000 cash.

The judges can look like they’re the meanest people on the planet. Lisa S. admits they had some huge arguments during the taping of the show. But they are never bad for the sake of being bad. They just fight for the contestants they believe in.

“When we’re done fighting, we’re back to being friends, laughing and joking with one another. It’s really an amazing relationship I have with these people,” says Lisa.

“People have to bear in mind that, in Asia, things work differently compared to Europe. Here, a lot of models make money doing commercials. So, we need to pick a girl who’s able to deal with every facet of modeling,” Ase Wang says.

The judges’ deliberation is the segment that people want to see more of, next to the photo shoot challenges. Their bantering and debating give us a glimpse on their personalities.

“Ase is our resident firecracker. She makes no reservations. She lets out the brutal truth. She tells you as she sees it,” says Dominic.

Lisa, on the other hand, plays neither the good cop nor the bad cop. “I’m the person who’s going to tell you when you’re at your best or when you’re being out of line,” she points out.

Thus, Dominic is the judge who balances the extreme criticisms thrown at the finalists. “It’s my job to instill a bit of confidence in these girls,” he says. “In order to succeed, you have to enjoy what you do. If you don’t like it, you ain’t gonna last,” he adds.

The crux of the matter is that the fashion industry is not for crybabies and sissies. People who work in fashion want to get things done fast. It’s a business that is also not just about having one’s 15 minutes of fame.

The judges use this kind of perspective to see who survives and who leaves the competition. Before joining, finalists should also be psyched up on being tough and ready for criticism.

“Rejection is prevalent in this industry. It’s hard. You need to have really thick skin,” says Ase.

Which leads us to the question: What does it take to be a supermodel?

It seems like there are no hard and fast rules or predictability in the fashion world. There are times when chocolate skin is in; and then the next trend would be the opposite.

Sometimes the androgynous look is cool; in other times the feminine look is preferred.

In short, nothing is permanent and being a top model means one has to be flexible.

“There are gorgeous, supremely attractive girls on the planet who would not be able to model,” says Dominic.

But the three judges agree on one thing: They are looking for someone with personality.

One of the finalists—who come from different countries in the Pan-Asian Pacific region—is Karina Curlewis, a Filipino-British who was raised in Hong Kong. Karina, who also has Chinese heritage, believes she’s Filipino at heart. “I’m definitely Pinoy because of the way I think,” she says.

“But I have the ability to adapt to different cultures,” she adds. “I want to push myself out of my comfort zone…”

Growing up with parents who taught her to excel in everything fueled her thirst for challenges. These challenges, she says, drive her to be more ambitious.

Karina is the epitome of the modern Filipino woman, with a lot of spunk and a never-say-die attitude. If the judges want to see personality, this girl has lots of it.

She may be the smallest of the bunch, but she has a clear vision of who she is. “In everything I do, I’m so driven. Even if one door closes, I always find another solution,” she says.