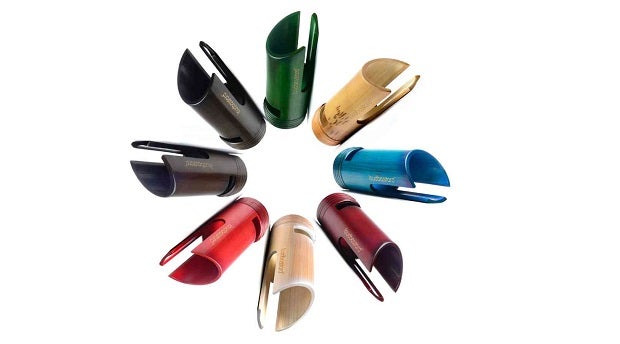 Some time in the late ’70s, while on an office junket to Zamboanga City, I purchased a shoe box-sized Panasonic radio cassette player—a “ghetto blaster”—from the barter trade market.  It wasn’t for me, but was on a friend’s shopping list.

Back then, the “barter” was one of the few places where you could get “PX” (or imported) goods: fluorescent Indonesian batik T-shirts, Plum Blossom sandalwood soap from China, Ray-Ban aviator shades, cans of Ma-ling luncheon meat.  Don’t laugh: During the bad old days of martial law, way way before globalization, these were exotic artifacts from the free world.

In the process of haggling with the Chavacano shopkeeper, I got him to throw in two cassettes for free: Indonesian bootlegs of Neil Young’s “After The Gold Rush” and the Beatles’ “Abbey Road.”

Back in the hotel, I was amazed at how good the Panasonic sounded.  It had a massive 8” speaker, and even with the puny, battery-powered wattage, if I placed it in the bathroom with the door open, Neil’s guitar solo on “Southern Man” sounded fantastic.

Back in Manila, I was loathe to part with it.

The idea of portable music—tunes you could bring with you anywhere—had never occurred to me.

Even then I was an audio snob, an attitude I inherited from my father, who had been a hi-fi enthusiast back when it was a bachelor-pad, Playboy magazine-type indulgence.  (Think “Mad Men”: Johnny Black on the rocks and Sinatra singing for only the lonely on the Radiowealth Quadrasonic console.)

Naturally, I bought my music in 12-inch vinyl, and the only tape I owned was in quarter-inch reels, lovingly dubbed from rare, hard-to-find imported platters by specialist shops (Mother’s in Sta. Mesa and Cansino’s Record Mart in Farmer’s Market.)

I did have, at one time, a dinky GE cassette recorder—the kind used to take dictation—but the sound quality was lousy.  My friend’s Panasonic was a quantum leap in audio quality, and I scoured every PX shop in Manila for one until, many months later, I found a Sony portable radio cassette player at a stall in the old Cash and Carry.  It was twice as big as the Panasonic.  Even better, it was stereophonic!

Finally, my very own ghetto blaster.  And just in time for the new wave.

1979 was a banner year for music: After years of enduring nothing but Styx, Kansas and the Alan frigging Parsons Project releases, a fresh new sound started appearing in my local record store (actually, the Unimart record section—yes, you could buy vinyl in supermarkets back then).  The first Cars and Pretenders albums, Blondie’s “Parallel Lines,” Joe Jackson’s “Look Sharp!,” “Outlandos d’Amour” by the Police.

I was still too much of an audio snob to purchase pre-recorded tapes, their execrable quality was beneath consideration.  Instead, it was back to Cash & Carry for boxes of blank TDK cassettes.  By then, the new higher-fidelity ferrichrome tapes had come out, which allowed superb audio quality from cassettes.  My Sony ghetto blaster had line-in and line-out sockets, which allowed me to tape off my record collection.

This proved to be another evolutionary leap.

Listening to LPs meant listening to albums one side at a time: If you wanted to listen to particular tracks, you had to manually lift and replace the tone arm of your record player every time, a tedious chore which interrupted the flow of my, ahem, reverie.

With recordable cassettes, however, you could make your own mix tapes, homemade compilations of your favorite tracks by an artist, or by various artists.   With a typical C-90 tape, you could program music in 45-minute segments according to your own desires, with songs linked thematically, or sequenced to build slowly to a climax, and cool down from there.  In other words, you could compile your own playlist.  Everybody was their own DJ.

Cassette recording also allowed people to share music, a crucial difference during the ’80s when music started to branch out into genres and subgenres.  Remember, this was still the repressed Marcos era. Imported LPs were few and far between, but a network of bootleggers had emerged which allowed a homegrown hardcore punk and new wave scene to thrive.  I first heard Black Flag, Hüsker Dü, Mission of Burma and R.E.M. on cassettes, tediously duplicated on double cassette decks, one at a time in real time: file sharing before the Internet was even born.

Meanwhile, my Sony ghetto blaster traveled with me everywhere.  On weekend drives to the country it sat in the back seat, along with a nylon Case Logic zip case full of tapes.  On summer outings with friends it had pride of place along with the tequila stash, blasting Bruce Springsteen and Steely Dan compilations or, for a change of pace, Jean-Pierre Rampal and Claude Bolling’s inspired classical-jazz fusion.  (To conserve batteries, we sometimes rewound the cassettes by hand!)

When it finally died after years of faithful service, I gave it a tearful memorial, and promptly bought a newer, even bigger ghetto blaster with all the bells and whistles, huge 10-inch speakers with a separate set of tweeters for the high end, a real boom box.  It played the Clash’s “London Calling” at earth-shaking volumes, sonic bliss at an affordable price.

The invention and evolution of the Sony Walkman paralleled that of the ghetto blaster, but it catered to a different kind of musical experience.  It was a personal music player, designed for solitary appreciation.  The headphones created a private sonic space that let you block out the world with music.

In contrast, the boom box was a social tool, designed for sharing music with a sometimes reluctant audience.  It was an invention that uniquely appealed to the deep-seated Filipino need to inflict one’s musical tastes on other people, a need now filled by the ubiquitous karaoke machine.

The advent of the digital compact disc in the mid-’80s initially gave the cassette a boost, since CDs were relatively expensive, and it was a lot cheaper to tape off a friend’s CD collection.  But the CD’s durability, and its promise of “perfect sound forever,” subtly undermined the appeal of the analog tape, which degraded ever so slightly every time you played it.  The advent of the recordable CD a few years later, and then the MP3, was the final nail in the coffin.

All of this seems a lifetime ago.  I’ve switched musical formats a few times since the demise of my last ghetto blaster some time in the late 1980s: I’ve put my vinyl LPs in storage, rebought all my favorite albums on CD, ripped those CDs into MP3 files to play on my iPod, put my CDs into storage, then bought a turntable and took my vinyl out of storage once again.  The circle of life. I had hundreds of cassette tapes at one time, but most of them have been lost in the shuffle.

Mostly, though, I just listen to MP3s on the computer.  The convenience is hard to beat, and with a little effort, you can boost the sound quality to barely tolerable.

Whence comes this wave of nostalgia then?

Today I’m considered “old school” because I still play my music on my aging 160 gig iPod.

Most people seem to be rocking theirs on their smartphones or ThinkPads.   Some of them don’t even bother with headphones, but play their music files through their devices’ dinky built-in speakers.

The impulse to share music lives on, however, even in the age of the iPad.

This ingenious device, which has had design whores ooh-ing and ahh-ing since it came out last year, is a ghetto blaster for the new age.

Basically, it’s an acoustic tube, hand-crafted out of a node of bamboo, with a slot to hold your smartphone, and additional slits and slots to shape and direct the sound waves. You push play, and it amplifies your tunes enough for a small audience, perfect for a casual get-together or a day at the beach.

It won’t rock the house like an old-school ghetto blaster.  (Dude, it’s a piece of wood!)

What it does is push all the right marketing buttons: organic, sustainable, zero-energy, artisanal, local.

The Loudbasstard™ is the brainchild of Franz Ignacio and Koh Onozawa, two Cebu-based Millennials with design backgrounds who’ve started up their own little enterprise behind the product.  So far, the online buzz around the Loudbasstard™ has been favorable.  It’s one of those products that make you go, “now why didn’t I think of that?”

“The idea started when Franz and I were up in the mountains doing work with a think tank, when my girlfriend at the time, Julie, put her phone in a cup to amplify the music she was playing, which is how the concept of passive amplification was first introduced to us,” recalls Onozawa.  “We love the outdoors as much as we love music, so it was originally meant for our personal use.”

“We did everything from the ground up ourselves,” he adds.

“We even learned how to use a machete so we could be involved in every single part of the production process. Since we were trying to perfect this product for our personal use we were very hands on; we wanted the best for us and not having much experience in manufacturing with our hands we wanted the simplest way to do it; stay away from nails, and other carpentry expertise and keep it simple. From there it was mostly trial and error; a lot of it.”

“We originally went through many materials, but we wanted it to reflect Filipino culture. My background is in anthropology and having worked with local tribes here in the Philippines, what I found to be common amongst all of us is the vast use of bamboo throughout the country; from music, to dance to furniture and even in food. So bamboo came out as the right choice apart from the fact it’s the fastest growing grass, making it very renewable.”

After a period of trial and error, during which the ideal configuration for best sound quality was developed, a trial production run was given away to friends.  As interest grew, production began in earnest.  To keep things sustainable, manufacturing was farmed out to the local community, with everyone involved in the process living within five minutes of the facility.

“Our marketing plan is simple; it’s to spread our love for music,” says Onozawa.

“(And we make it possible) from the type of products we create, to our philanthropic partnerships, such as the Loudbasstard music education program that we had just launched last October. (Our goal is) to keep innovating and to grow the brand into something everyone can be proud of.” •