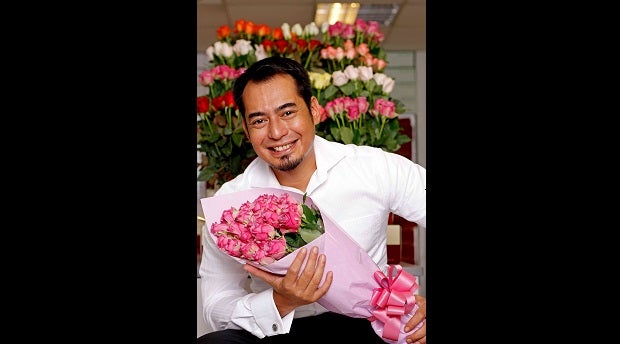 The King of Roses 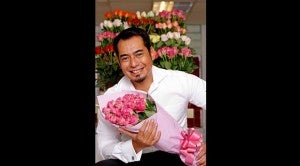 Dustin Andaya thinks about love and romance every single day of the year, not just on Valentine’s Day.

It’s not that he considers himself a hopeless romantic, just a hopeful and hardworking entrepreneur.

Andaya is the marketing director of Philippine Cut Flower Corp. (PCFC), the Philippines’ single largest producer of Dutch and French roses whose operations are at their most frantic in the two weeks leading to the feast day of St. Valentine.

Not only does PCFC supply roses to institutional buyers such as hotels and flower shops, it also sells the bulk of its blooms through its online retail arm, www.islandrose.net, one of the country’s most successful e-commerce sites.  The site serves as a convenient gateway that allows overseas Filipinos to send roses and gifts to their loved ones back home.

Indeed, romance is a serious business, says Andaya, who says that the website has undergone its latest major revamp, allowing potential buyers to immediately see the flower arrangement that they’d like to send their special someone.

The website showcases various blooms, but Andaya says roses remain the top seller among its growing legion of buyers—70,000 registered customers as of last count—most of them men and increasingly from the younger generation.

“We wanted to broaden the product range to include spring flowers like gerberas and chrysanthemums which we get from our partner farms, but roses remain the most popular,” says the 43-year-old businessman.

The most popular variety ordered on the website that was created in 2000 is the Red France Deluxe, a dozen bright red roses that cost P1,419.

Andaya admits that might sound pricey, but adds that customers can actually get a discount if they order before January 30, for delivery at their convenience.  Yet, he reveals, Filipinos usually wait until the very last minute before placing their orders.  Their busiest days, when orders start pouring in, are from Feb. 5 to the 12th, during which prices go up by about 30 percent. This peak season also see orders going up to a cumulative 8,000 dozens.

The marketing executive says that despite other alternatives in expressing sentiment in this digital age when text messages, email and video are just a click away,  most Filipinos still prefer to send flowers on Valentine’s Day.

And not just any flowers, mind; the all-time favorite are red roses, which is why nearly half of PCFC’s production is dedicated to the red varieties. The white variety is the next most popular option.

“We never had a year when we did not grow in terms of the volume  (of sales),” says Andaya.  He’s not sure if Internet access to their website has something to do with good business, “or if people’s schedule are so hectic, they just give flowers (instead of being there).  Flowers help them express their feelings.”

As the company’s website blurb stresses, “Island Rose is about keeping relationships alive,” he cites.

And lucky for him, most Filipinos seem to remain infatuated all the time, but most especially on Valentine’s Day, as hordes of couple render the city streets almost impassable as they head to a date movie or a candlelit dinner.

Says psychiatrist Dr. Johnny Edrozo:  “Filipinos are generally a romantic people. Love and romance make us show the best of ourselves to the object of our affection. “

Edrozo, who practised psychiatry in the US for 43 years before settling back in the country and establishing a clinic here, is upbeat on romance.  “Romance brings lots of emotional exhilaration and good feeling about oneself.  It allows us to show tender and loving feelings for another.”

Love may be timeless, but expressing it involves a long process that begins with choosing the right flowers and making sure that they are ready and available when they are ordered, especially on Valentine’s Day, the single most lucrative day for the flower industry.

If they are unable to provide that, the whole promise of keeping relationships going starts withering away, says Andaya.

Because, he adds, despite the romantic notions about floating on a cloud and being whisked away to the moon and the stars when one falls in love, the business side of love is entirely grounded.

“The essence of the company is on the ground, in the greenhouse,” says Andaya.

To keep competitors at bay and win the hearts of customers, especially those abroad, he cites the company’s edge: not just the ease of access through its website, but also the flowers themselves, the artistic arrangements, and the on-time delivery.

“Our challenge is to get the right flowers and the right suppliers. The next challenge is arranging them and making surre that when the person gets to open the box, the wow factor is still there,” Andaya says, adding that because they themselves grow the flowers, they “can ensure the quality of the blooms.”

PCFC, whose farms are in cool Tagaytay City, uses greenhouse technology to produce in commercial quantities 11 varieties of roses featured in arrangements found in its website, www.islandrose.net.

Far from being a competitor, the Net has proven to be an ally, says Andaya, adding that more than half of the flower orders through the website come from overseas, with local buyers making up the balance. Of overseas buyers, more than half are based in the United States.

Data from the company also show that most of the buyers are single, with a 70-30 ratio in favor of male buyers in previous years.  Lately however, the ratio has closed in at 50-50, with more women buying flowers not only for their significant other, but also for their friends and family. Men, on the other hand, mainly buy flowers for their wives or girlfriends.

The company began its relationship with buyers in 1983 when PCFC was established, jumpstarting the growth of the cut flower industry in the Philippines.  It went into full scale rose production initially to service the export market, although it eventually included the local market in its sales target. Through the years, it has become one of the country’s most reliable flower suppliers, says Andaya.

The PCFC has managed to establish a stranglehold on the market through continuous investment in greenhouse technology designed to mimic weather conditions in Europe, the marketing exec adds.

The Philippines is not exactly hospitable to roses because of its humid climate, explains Andaya, adding that these fragile flowers require cool temperatures to flourish.

Thanks to the greenhouse technology, the company manages to produce some three million stems of roses a year, taking advantage of the year-round sunlight while protecting the flowers against rain and humidity.

Its website was born in 2000 when e-commerce was just starting to get off the ground. Since then the website has gone through several improvements and updates, with the current version featuring not just flowers, but also gifts such as the fast-selling chocolate line, teddy bears and costume jewelry.

Andaya says chocolates comprise the fastest-growing sector among the company’s product lines, especially The Black Luxe collection. Although established only in 2012, this sector has been growing by around 30 percent a year, he adds.

“We are also selling other Island Rose brand products like jewelry and the teddy bear we call the Messenger Bear. These are among the favorites of buyers,” says Andaya, who adds that he intends to expand the product line to capture new markets.

Despite the growth of other product sectors, the company will always be about the roses, he maintains.

“Flowers automatically make a gift romantic because they give it added meaning ,” he says.  “That’s why flowers will never get old. They make a gesture romantic and boost everything you need to say.”

Adds Andaya, who confesses to giving his wife roses regularly: “Valentine’s is really about flowers,” which, their customers agree, have always been the beautiful language of love. •