Brace yourself for some great travel deals | Lifestyle.INQ ❮ ❯ 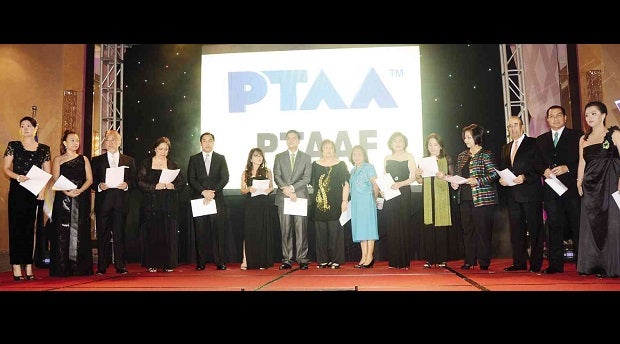 Brace yourself for some great travel deals

Last year, its three-day run saw a madding, jostling crowd of 70,000—many hankering for the best travel deals. This year, the 21st Travel Tour Expo (TTE), called “Love Life, Love Travel” on Feb. 14-16 at the SMX Convention Center in Pasay City, promises to be even bigger: More space, more packages, and better bargains for local and international destinations.

A tip for the uninitiated: Wear comfortable clothing and be prepared to squeeze your way in through long, wiggly lines. Gates open at 10 a.m., but people queue up as early as 8 a.m.

With dogged perseverance and some spunk, you can snag a fantastic deal to your dream destination. Last year, more than 70 percent of visitors bought deals, bringing TTE total sales of about P400 million.

“A bulk of the earnings went to domestic destinations, so the money really goes around the country now. One of our main draws is the airlines. Many are upping some of their offers last year,” said Jose “Jojo” C. Clemente III, TTE 2014 project director.

Even people with no travel plans end up buying, simply because they can’t pass up a good deal, Clemente said.

Last year, for instance, people snapped up a $150 roundtrip ticket from Philippine Airlines (PAL) to Guam. PAL had only 10 booths then.

This time, PAL will occupy a 1,000-sq m space, half the function room.

An emerging destination is Japan, which has become more accessible to Filipinos with the emergence of budget airlines, and when Japan became more lenient with visa issuance. Also on the steady upswing are Korea, Malaysia and Indonesia.

The Internet may have made booking tickets easier for travelers, but travel expos’ enduring edge are better packages and a myriad of services. It can, for instance, provide tourist information to nearly any destination, tour guides, tour itinerary, hotels, apartments, restaurants, clubs, car rentals, transfers, access to museums and landmarks, budget-friendly travel dates and more. These are essential to travelers who want to make the correct decisions.

Costs of travel to Europe, Clemente said, are still prohibitive for many Filipinos. You  need not only euros to get around, but also to secure a Schengen visa. Good values will be offered in the expo.

The Filipino tourist has evolved, said Marciano “Nit” C. Ragaza III, TTE 2014 executive director. While Filipinos used to  go to just beaches in the Philippines, a good chunk of tourists now demands culture to be woven into their experience.

“The beaches will always be there. But eco places such as Albay are getting a lot of attention. We have more domestic sales, though in terms of (money value) the international destinations have more as the packages are also more expensive,” Ragaza said.

The Department of Tourism (DOT) projects a domestic revenue of P1.4 trillion this year, up by P110.6 billion from last year due to forecast increase in daily expenditures of domestic tourists.

With aggressive promotion efforts by the Philippine Travel Agencies Association at its all-time high, DOT estimates domestic tourists to reach 47.7 million, up from 44.1 million last year.

A surge of inbound tourists is also expected. Conde Nast Traveller named the Philippines the destination to watch. Last month, British broadsheet The Daily Telegraph named the country among the top destinations for 2014.

Things are indeed looking up for the travel industry.

TTE 2014 will be in Halls 1-4 on the ground floor of SMX, and Function Room 5 on the upper floor. Among the participating embassies are Thailand, Malaysia, Korea, Japan and South Africa. There will also be travel-related merchandise for sale.

Among the airlines are PAL, and Cebu Pacific, Cathay Pacific, South African Airways and Etihad. Most tickets will be valid for a year from February.