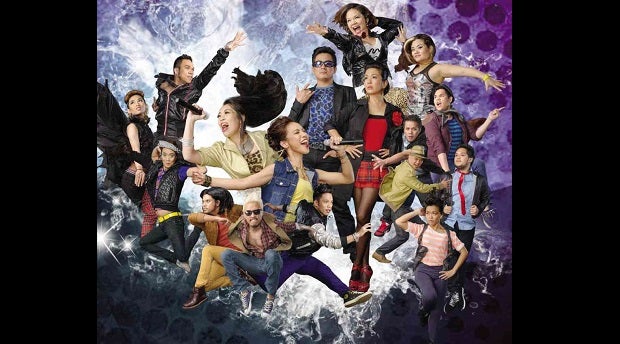 ‘Pag-ibig ko sa iyo ay tunay at totoo’–for V-Day, why not go to the theater?

Valentine’s Day falls on a weekend. Let it be that time of the year when you take your loved one to the theater. Here are shows—from the funny to the sexy—ongoing this Valentine Month.

“Wicked” is the “untold story of the witches of Oz,” with music and lyrics by Stephen Schwartz, and book by Winnie Holzman. It is originally directed by Joe Mantello, based on the 1995 Gregory Maguire novel “Wicked: The Life and Times of the Wicked Witch of the West.”

The Broadway musical is brought to the Philippines by Concertus Manila, with an Australian cast headed by Jemma Rix as Elphaba and Suzie Mathers as Glinda.

Watch it because: It celebrates love as friendship.

Love lines: Cuddle up as the song “For Good” plays. It says, “You’ll be with me, like a hand-print on my heart. And now whatever way our stories end, I know you have rewritten mine.”

Listen with love as the crowd favorite “Defying Gravity” plays: “There’s no fight we cannot win, just you and I, defying gravity.”

Watch it because: It’s relatable. Peta marketing head Leloi Arcete recommends it to “the love-struck, the heartbroken, the ‘torpe’ and those in a love triangle.”

“Rak of Aegis” shows how Filipinos survive storms with humor—“whether it is literal storm, as in flooding, or the figurative heartache storm.”

Ballet Philippines’ “Art of Dance” has two versions: Day and Night. The Day shows feature classical dance. The Night, which is recommended for an adult audience, showcases sexy, sensual moves.

Tanghalang Ateneo stages “Breakaway Antigone,” a play based on Sophocles’ classic play “Antigone.” It tells the tragic story of Oedipus’ daughter, Antigone, who defies the king’s order by burying her brother, who has been declared an enemy of the state. The play is set in a city ruined by war, with music that ranges from pop to rock.

Translation is by Robert Bagg, with book and lyrics by Floy Quintos. Music is by Ceejay Javier and William Elvin Manzano. Choreography is by Philip Pamintuan. Ricardo Abad directs. Bill Velasco heads the cast.

Watch it because: It shows love as a sacrifice—and a challenge. Antigone goes after someone she’s not supposed to love. It also delves into love for family.

Love line: Haemon: “Stop denying that you love me.”

‘Love: This is Not Yet a Musical (The Second Time Around)!’

Sipat Lawin Ensemble presents “Love: This is Not Yet a Musical (The Second Time Around)!” a crowd-sourced play that was launched last year. It is an interactive collaboration among the cast and the audience. Surprise your date and participate.

Watch it because: It presents love as a mood and memory, with themes such as Init, Lamig, Tanao and Alaala.