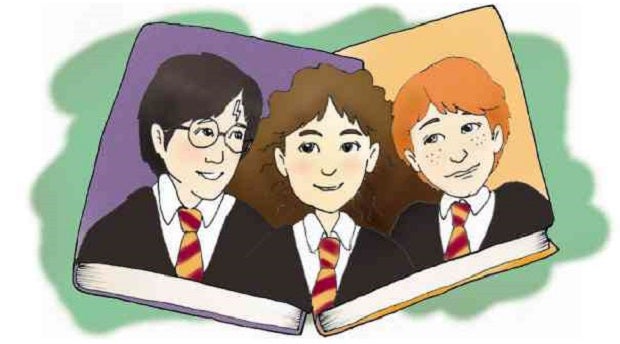 In defense of ‘Harmony’ 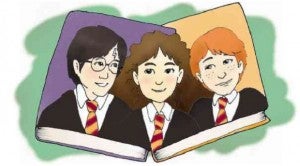 Are you Team Harry or Team Ron?

This week, J.K. Rowling expressed having second thoughts on her decision regarding the love lives of the “Harry Potter” main characters. She said Harry and Hermione Granger should have ended up together.

In an interview with Wonderland magazine by actress Emma Watson, who played Hermione in the books’ film adaptations, Rowling said Hermione marrying Ron Weasley, Harry’s sidekick and best friend, was a decision made “for very personal reasons, not for reasons of credibility.”

She even said they would probably need “marriage counselling.”

Watson herself concurred, saying people have wondered “whether Ron would have really been able to make her (Hermione) happy.”

Not going to lie, when I heard about this, my giddy, little, fangirl heart jumped for joy.

Time and time again, I’ve been telling anyone who cared to listen that the Ron/Hermione pairing should have never happened. And though I have publicly declared my devotion to “Dramione” (portmanteau for the Draco/Hermione pairing), at least canon-wise, I’ve always believed The Boy Who Lived and the Brains of the Golden Trio would have been perfect for each other.

I was fully prepared to be logical about my defense for “Harmony” (Harry/Hermione). I have already thought of how I would formulate my thesis statement and construct my arguments in the most unemotional way possible (which can be difficult for I have a lot of “Harry Potter” feelings).

I would mention that Harry and Hermione’s relationship had a better foundation than that of Ron and Hermione, because they started out as really good friends and they actually liked each other. I would expound on Harry and Hermione’s superior compatibility—in personality, background and values. I would even give examples of their obvious “rightness” for each other by highlighting specific instances in the books that would give credence to my claim.

I would end by saying that Harry has led a heartbreakingly tragic life, and he deserves to be loved for himself, not for his hero status.

And I wouldn’t even talk about my irrational dislike for Ginny Weasley, which I blame on actress Bonnie Wright’s flat and vapid portrayal of the character.

But, after a few nights of contemplation, I realized how crazy it was to be even talking ad nauseam about these characters’ love lives like some gossip rag.

Yes, romance is part of the story. Yes, these characters have launched a thousand “ships” (relationships).

But “Harry Potter” is not even a romance novel. Why are we dwelling on its characters’ love lives?

I would think that these characters are more than their romantic entanglements. Their boyfriends or girlfriends don’t define them. You yourself would be as heck insulted to be defined only by your significant other, right?

To be fair to Rowling, however, I wouldn’t want to rob her of the right to express her feelings on the matter. She wrote the books; she practically gave birth to these characters. There isn’t anyone on the planet who knows these characters better than she does.

I presume Rowling has put a lot of thought on this issue. Maybe she realized that book characters—much like children—grow up and march to the beat of their own drums, unmindful of the careful way authors—or parents—have mapped out their lives. Maybe the films played a part in it, too. There is an obvious chemistry between Daniel Radcliffe, who played Harry, and Watson, which was absent with their partners, Wright and Rupert Grint, who played Ron, respectively.

The point is “Harry Potter” is not a love story, at least not the romantic kind. It is about love, but of family and friends—even enemies. It is a story about sacrifice and redemption. And it’s about having faith in others, and, more importantly, in yourself.

The question, then, if I am Team Harry or Team Ron is moot. Rowling’s statement doesn’t change the fact that Harry’s story has changed and influenced the lives of billions of people and will probably do so for billions more.

It is, and will forever be, a story for the ages. With a report from AFP