Work, exercise and her kids kept Sunshine Cruz on an even keel | Lifestyle.INQ ❮ ❯ 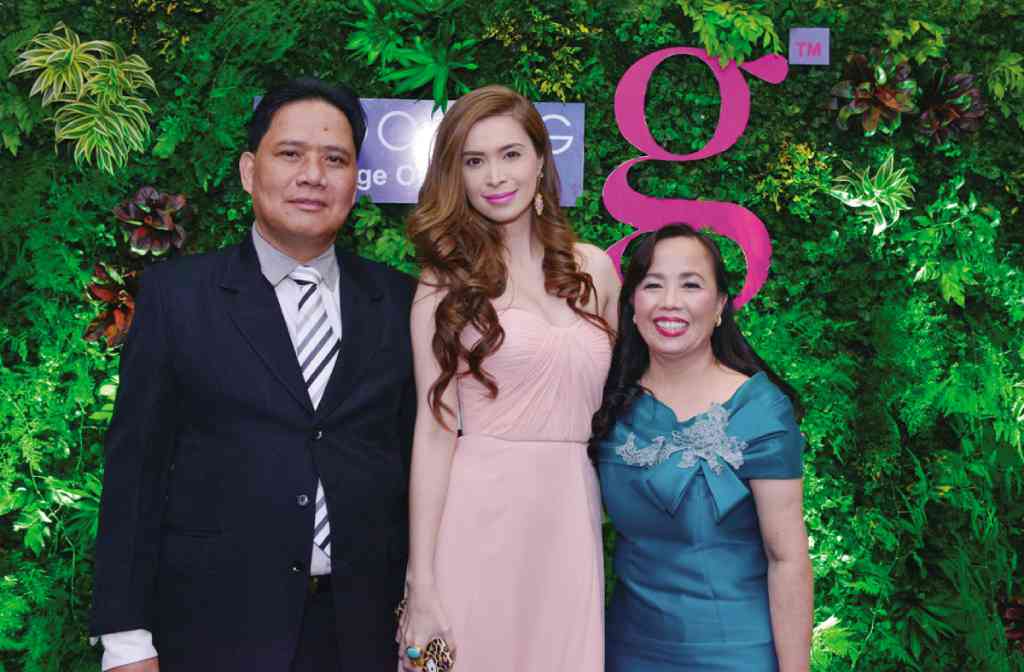 Work, exercise and her kids kept Sunshine Cruz on an even keel

In the past year, projects from ABS-CBN and product endorsements have been pouring in. On top of those, she has slimmed down naturally  and friends say she’s all aglow.

“When I was younger, my measurements were 36-23½-36. It was probably all that baby fat. My face was rounder. Back then, I struggled (to look thinner) even if I didn’t eat so much,” she said.

Cruz never turned to food for comfort as most people are wont to. The celebrity is often asked how she keeps a tiny waistline after having three children: Angelina Isabel 12, Samantha Angeline 9, Angel Francesca, 8.

Cruz admitted she gained 60 lbs during pregnancy. After delivery, she wore a binder for three months to pull in her tummy. She also lost the postnatal fat after a month through  breastfeeding and taking care of the children—without depending on a nanny.

While most people stay away from carbohydrates, Cruz eats rice three meals a day. “For breakfast, I have fried rice with Spam and vegetables. I’ve got to set an example to my children. If they don’t see me eat veggies, they won’t, too.”  For her, rice gives her the energy to emote fully in front of the camera.

She also attributed her trim figure to genetics, having acquired her slender but voluptuous body type from her mother. She never felt the need to exercise.  A few years ago, she tried Bikram yoga but realized that it wasn’t for her. “Some people are flexible. I’m not one of them.”

Recently, Cruz has been taking up Zumba at Plana Forma in Centris when her schedule permits.

“When I feel bloated, I do more,” she said. Beyond weight management, Zumba has helped her sleep better, improved her skin tone and uplifted her spirits.

“I don’t perspire, but Zumba makes me sweat.”

Cruz observed that exercise has helped  enhance the benefits of a nutritional supplement, Blooming G, of which she is an endorser. The formulation is imported from France but repackaged in the Philippines by Bauch Laboratories.

The formulation is derived from the seeds of starflower that contain essential fatty acids. These are used to make borage oil, touted by the New York Times as “the workhorse of moisturizers.” The prime element is gamma-linolenic acid (GLA) or omega-6 which helps to increase water content in the skin and repairs cracked skin cells.

When Cruz is under natural sunlight, people can’t help but comment that her skin looks as if a photographer’s reflector is cast on her face. “It’s not enough that you’re fair. One’s glow is important. I’ve been taking the capsules since August, and I don’t even need a bronzer,” she said.

Cruz’s inner glow, however, stems from regaining her confidence. “For 13 years, I stopped working. I was behind my ex. I’m thankful that I used my time well as a  housewife and mother. If not  for those, my children wouldn’t be as well-bred and obedient. I didn’t have my own money. My husband gave an allowance and bought things. Now, I’m earning again.”

Does she miss her ex-husband, actor Cesar Montano?

Her eyes could not hide the sadness. “I hope we can be friends in the future,” she said.

Still, people say Cruz looks more content. “I  don’t want to brag that I’m happier now that I’m separated. Parting ways was tough. You thought you wanted to be with that person until old age.”

Prayer, work, endorsements, children and Zumba have  helped her weather her crisis. “If not for these, I’d be moping about the unhappy things in life.”