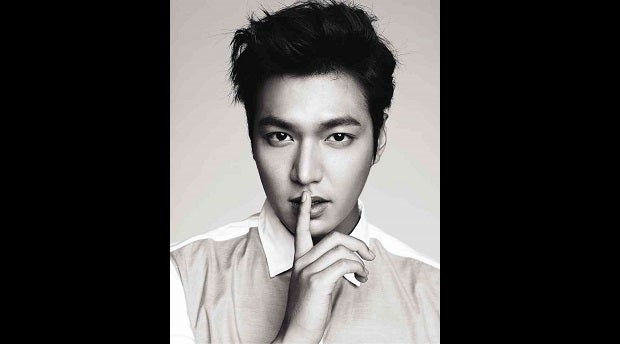 South Korean actor, singer and model Lee Min Ho, whose Facebook page has garnered 11 million likes, is endorsing two new scents, So in Love and Sure Blue Eau de Toilette, for Bench. This perfume line is a first for the international celebrity.

After completing a world tour that brought him back to Manila last July, Lee Min Ho focused all his efforts toward his first love, acting.

He has been enjoying a huge fan base in Korea, Japan, China, Southeast Asia, and as far as the United States, Middle East and Europe.

His latest series, “The Heirs” (also called “The Inheritors”) achieved success with high ratings in Korea. The drama is due for release this year in 13 countries, including the Philippines.

His portrayal of teenage heir Kim Tan has received commercial and critical acclaim; he has won a string of awards including Best Actor in Korea’s 2013 SBS Drama Awards last December.

Lee Min Ho took time out from his busy schedule to meet with the Bench staff in Seoul last October to shoot the promotional stills for his Bench scents.

So in Love, with its Oriental floral feel, captures Lee Min Ho’s preferred fragrance on women. It embodies a feeling of comfort.

In an interview, he once said that the feeling he gets from a person is important and that he’s attracted to people he feels comfortable with.

Sure Blue, with its aromatic rustic vibe, is one which he wears himself.

Both scents get his approval and are fragrances which he wants to share with his fans. They boast of a universal appeal similar to the image that Bench and Lee Min Ho are upholding.

Personally tested and handpicked by Lee Min Ho, these fragrances have a long-lasting intensity—evoking a feeling of confidence and a heightened sense of attractiveness to the opposite gender.

The Korean star takes pride in being part of the Bench family because he admires the brand’s global quality and attention to detail and style.

He admires Bench as a leading clothing brand in the Philippines, and believes in its mission to provide classic and fashionable products for kids, teens and adults that are made with quality at affordable prices.

So in Love and Sure Blue Eau de Toilette are now available at all Bench branches, Herbench, Superbench, Bench Body and Bench to Go outlets nationwide.