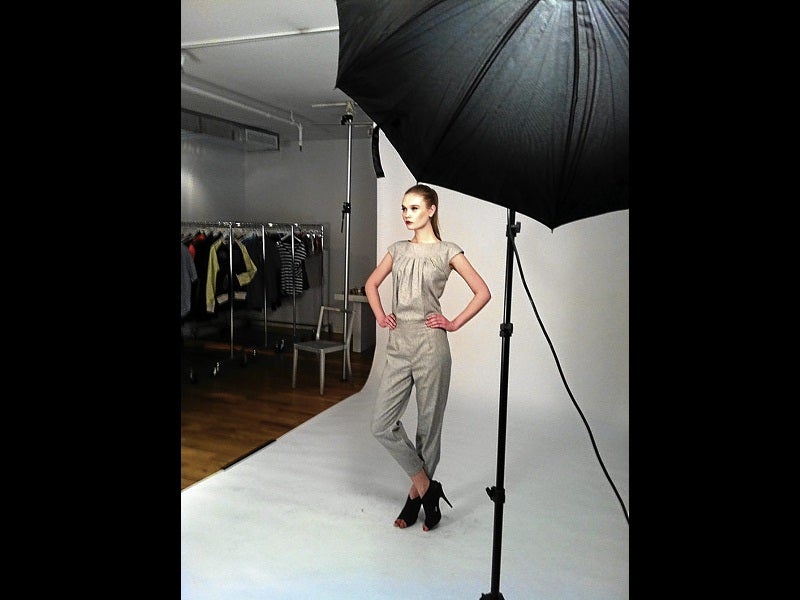 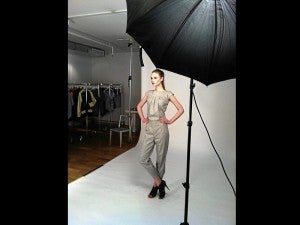 A girl biking in a gown––that’s something you don’t see here in Manila,” says designer Robin Tomas, juxtaposing the usual sights of Manila and New York.

“People there don’t care,” he adds. He has become more assertive since he moved to New York. “I guess, when you think people don’t really care about who you are, the more courageous you become; the more assertive you become,” he says with a knowing smile.

He has been living in NYC for a decade now. It’s the city that has nurtured his style aesthetics and provided him with valuable work experience in the fashion industry. After graduating from Parsons School of Design, Tomas interned for international fashion houses such as Valentino and Anna Sui.

Last year, he won the Supima Design Competition for the “Best Reinvention of the T-shirt,” which was sold in the world famous Bloomingdale’s store in Manhattan. On Sept. 8, he launched his Fall 2011 collection during the city’s “Fashion’s Night Out” event. 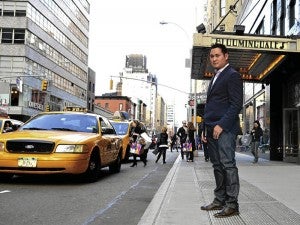 Drawing was always something innate.  Tomas used to love visiting churches when he was young. He would draw the saints and the clothes they were wearing. The love of fashion design was rekindled only after he was working for an advertising agency in Manila.

“I worked for two years as an art director,” says this fine arts and visual communications graduate, whose family roots were in advertising. It was then he started getting interested in fashion.

Tomas has always looked at fashion as art. As a vantage point, he would start by asking, “how do you achieve something to look good that way?” Then, he will get into the details of things—cutting, pattern making and draping—blending construction and art into his work.

He also has a love for architecture. When he was 11, he wanted to be an architect, but his difficulty with math got in the way. Although he found it intimidating, he still appreciates good architecture. No wonder New York brings a sense of awe to Tomas. It is a city filled with rich history, art and architecture. The shape of the city can be traced to Tomas’ design style, down to the shape of his clothes. He gravitates towards classic silhouettes. “I try to grow out of what it is, maybe in terms of fabrication and cut,” he says.

For Tomas, it’s about making a woman or a man look beautiful. When designing, he thinks of strong women, like Angelina Jolie. “She embodies this strength within, you can tell. Her femininity is very strong,” he says.

He also mentions his mom, actress and comedian Tessie Tomas as an inspiration. “I look up a lot to my mom. I think she embodies a lot of those qualities of a strong woman.”

He also looks for the same qualities when designing for men. “He has to be very confident, very sensual without trying too hard,” he says. “Cute without him knowing it, kind of like Bradley Cooper. Someone who can make fun of himself and he doesn’t care,” he adds. 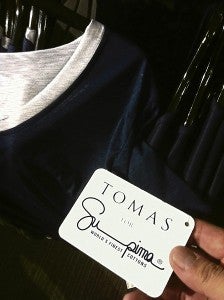 Tomas carefully pauses after every reply. He has remained humble and earnest about his craft because it wasn’t an easy road getting to where he is now.

He recalls the days when the US economy wasn’t doing so well, he got laid off and learned his toughest lessons.

“When it happens your ego gets really bruised,” he says.

“You ask yourself, ‘Am I good? Why was I laid off?’ As an artist you can’t take it personally. You just have to deal with how you have to cope. Lay offs are like break ups in a professional way,” he states.

This experience gave him the inner strength and determination to keep on pressing forward. He took it one day at a time and constantly reassured himself: “It’s not you … change is good. Those are real challenges in the industry.”

The crises emboldened him.

“It’s very competitive,” he said about the fashion industry “Inherently, you just have to breathe that. It trickles down to who you are as a person, as a partner, as a worker, as an artist. It’s part of the energy it gives and you give back.” 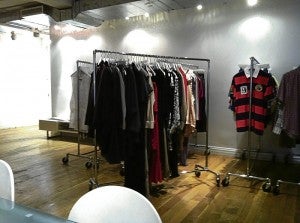 Tomas is set to bring some of his New York life back to Manila. He was tapped by Penshoppe to design a capsule collection. “It’s an opportunity for me to explore,” he beams of his new baby, excited for the collection for men and women.

In addition to his Penshoppe line, Tomas’ Fall 2011 Collection, that was launched at the Anik Boutique on Madison Avenue, will also find its way to the Philippine stores.

For the new up and coming fashion designers, Tomas offers his own heart-felt advice: “Keep going and believe in yourself. Keep doing what you’re doing. Continue to be inspired and help other people to be inspired.”