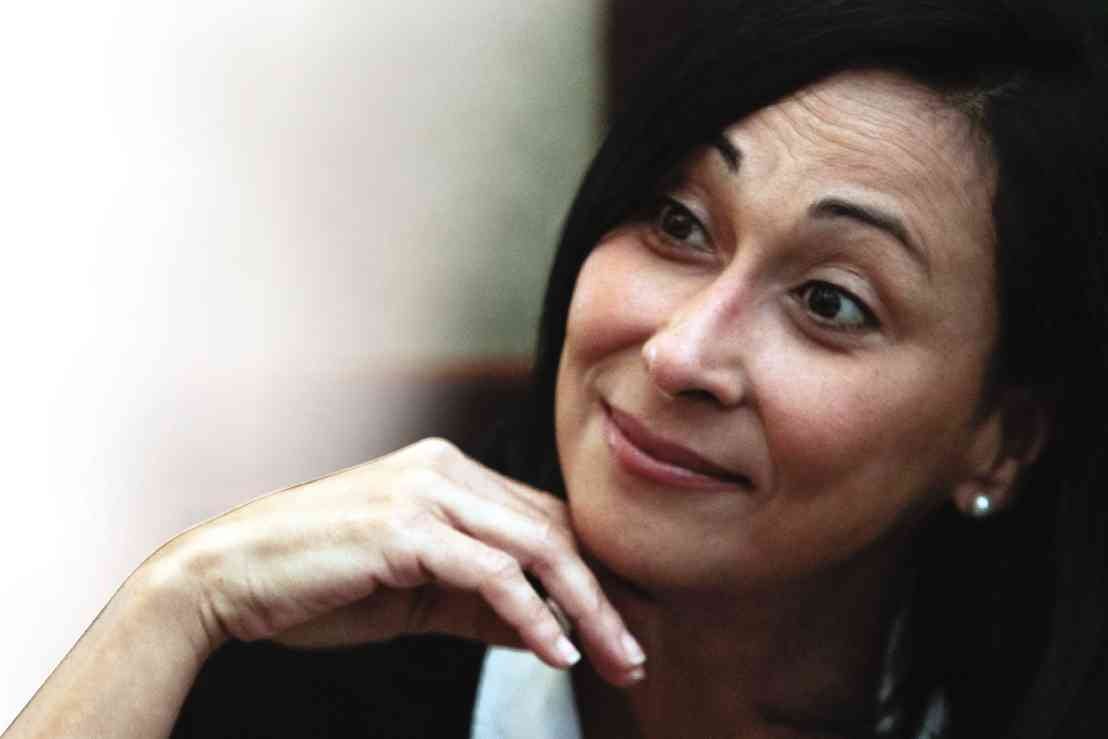 Why Cherie Gil is losing sleep over Diana Vreeland

The frank admission was spurred by the realization that Diana Vreeland, the wildly eccentric and audacious fashion visionary, was more than the sum of all the years that the seasoned actress has devoted to her career.

Gil is just two weeks away from portraying Vreeland in the one-woman play “Full Gallop,” which recalls the former Vogue editor in chief’s return to America from a European sojourn right after being fired from the magazine.

The play depicts Vreeland at the age of 70, trying to persuade wealthy friends to help reinvigorate her career during a spur-of-the-moment dinner at her New York residence.

It may be hard to believe, but Gil, who braves the less-traveled path of out-of-the-box characters, is nervous.

“I’ve had nightmares already. Unable to sleep rather, just thinking about the words in my head,” she said of the shared effort with director Bart Guingona of “going deeper into the psyche” of Vreeland.

Gil maintains the play is “not so much” about the legacy in fashion that Vreeland left behind. “Fashion was just the tip of the iceberg. It is how she looked at things. How she thought.  How she thought about her children, her husband whom she was married to for 40 years, up to the day she died,” Gil explained.

Untraditional is hardly accurate in describing Vreeland, and Gil may have good reasons for being intimidated by the role.

Vreeland, who died at 80 in 1989, spent 25 years as fashion editor of Harper’s Bazaar before becoming Vogue editor in chief.

She was known during her heyday for leading the “Youthquake” during the 1960s, discovering talented photographers like Richard Avedon, highlighting “flaws” of her models such as Barbra Streisand’s nose and Lauren Hutton’s gap teeth, and of being a personal consultant of the elusive Jackie Kennedy.

Vreeland was also known for her spontaneity and whimsy, as well as her uncommon aesthetic sense.

“Full Gallop,” written by Mary Louise Wilson and Mark Hampton, ends with Vreeland becoming a consultant of the Costume Institute of the Metropolitan Museum of Art in New York.

The saga of Gil and Vreeland goes back more than 10 years, when Guingona first offered her the role “somewhere around 2002.”

Gil had just returned to Manila after more than a decade in Italy with her family. The actress was doing one TV soap after another, later branching out to theater, where she portrayed the sinister Sister Aloysius in “Doubt,” when Guingona called and asked whether she wanted to do Vreeland.

“I had no idea who Vreeland was. I knew her name, but I really didn’t know much about her. The greater fashion influence on me was (current Vogue editor) Anna Wintour, and at the back of my mind, I left the role on the back burner,” she added.

It wasn’t until after Gil portrayed famed soprano Maria Callas in “Master Class” that the idea of doing Vreeland was resuscitated.

At that time, Gil was still very much in the mainstream and was occupied with two soaps and a movie when “Master Class” director Michael Williams suggested that she reconsider “Full Gallop.”

“I felt I wanted to do more of this type of genre, of roles, of wonder, inspiring women, and how it affects me and the audience. The yearning was there. It felt like I wanted to soar again. I needed that adrenaline rush again,” she recalled.

This time, it was Gil who approached Guingona.

“On my 50th birthday, I went back to Bart and put the script on his lap. Finally, after reading the script, I realized no one else can do the role. Hahaha!”

Gil wasted no time learning what she could about Vreeland.

There were books like “Empress of Fashion” by Amanda Mackenzie Stuart; Vreeland’s “D.V.” and “Allure”; and “Memos,” the collection of official correspondence edited by Vreeland’s grandson Alexander.

“I was fortunate to be in New York for three months to visit my family, and in that period I was able to breathe and drink the environment that Diana Vreeland lived in then,” Gil said.

She also went to museums, fashion and costume institutes, exhibits and vintage stores, and attended auctions as part of her immersion.

Then came the release of the Vreeland documentary “The Eye Has To Travel” by the doyenne’s granddaughter Lisa Immordino Vreeland in the US.

Gil said this development “freaked me out. The documentary allowed people to know more about her and how she talked and how she looked. You know, we don’t try to capture an exact person. I would try to hopefully capture the essence of the woman,” she explained.

Learning all that, would the actress say that Vreeland remains relevant?

Gil began weaving in and out of character as she answered this question. It was evident that Guingona’s effort to make her go deeper into Vreeland’s psyche was working.

“Aside from the fact that Diana was what she was and the influence she had on fashion and art, she’s also a woman. And so, how do I deliver inspiring women to the minds of the audience, unless I use such relevant, iconic people?” she mused.

“She did her job well, and she delivered. Up to this day, she’s influenced many. You know, to be an artist of her caliber and level, you have to be willing to play with danger, take risks, and walk a little bit on the edge. That’s what great artists are made of. You need eccentricity, you need neurosis, and that’s why her legacy prevails,” Gil stressed.

The fact that the local fashion industry has taken note of the play indicates Vreeland’s continued relevance, Gil said.

Among the “serendipitous events” she noted was designer Rajo Laurel coming up with a collection as a homage to Vreeland.

“So, obviously, even a young fashion designer like Rajo looks up to the woman, who has been a strong influence during his years of studies. In fact, I think she had something to do with his thesis, his paper,” she said.

Siblings Mark and Sandy Higgins, meanwhile, have generously provided Gil with “a wealth of research and sources” to assist in her immersion process.

Gil’s friends in the fashion industry, including Eric Pineda and Ruben Nazareth, have also gone out of their way to help.

Still in character, Gil believes Vreeland would have disapproved of fashion bloggers (“She says in the play, ‘I’ve never believed in free press!’”), fast fashion (“She probably would cringe because she was all about couture”) and Paris Hilton (“She’d probably say, ‘ah’ while sticking out her tongue.”)

At present, Gil’s main concern is making it to the premiere on March 14 in one piece.

“My concern now is my performance. The pressure! The expectations! I love acting, period. And of course, theater makes me most neurotic.  Pagdating ng Marso uno, hindi n’yo na ako makakausap,” she warned.

Going back to the issue of Vreeland’s relevance, Gil said she chose to do the play because she didn’t want to waste time “in any area of my life that has no meaning. It’s gotta mean something to me. I always try to do things that are as relevant as possible.”

The actress added that God’s blessings in her life should be reciprocated.  In this case, she should use her gifts “to be able to transport people to a different place, and hopefully inspire them.”

Did she think Vreeland lived a happy life?

“She said that when she was at the wheel, she was,” the actress replied.

But one can’t be at the wheel all the time, right?

“But she was. She was,” Gil answered coyly.