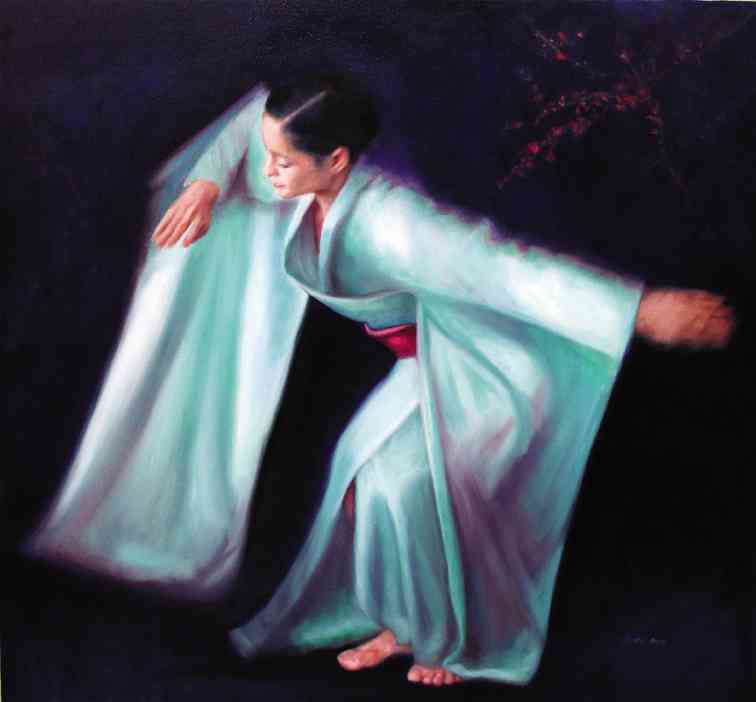 At the Salcedo Auctions in Makati City, collectors of Philippine art will have a chance not only to acquire choice pieces by the masters and contemporary movers, but to also help widen the field that makes such rich selections possible.

To be held March 8, the fifth edition of Important Philippine Art partly serves as a fundraiser for the Manila partner of the Asian Cultural Council (ACC).

Established in New York in the 1960s to promote Asian-American cultural exchange, ACC has since sent over 300 Filipino artists, performers, scholars and professionals on study grants abroad, enabling them to “level-up” in their craft. Among the earliest fellows was the future National Artist Jose Joya.

Fifteen out of the more than 80 lots are being offered for the benefit of the nonprofit ACC Philippines Foundation, the Council’s local partner. The entire selection of paintings, sculptures, prints and works in mixed media can be viewed at the Salcedo Auctions gallery on the ground floor of Three Salcedo Place, Tordesillas Street, Salcedo Village, Makati, where the bidding will start promptly at 2 p.m. Saturday.

Among the pieces for the ACC fundraiser are BenCab’s “Sweet Gaze,” an invite to a fling with the National Artist’s muse; and Elmer Borlongan’s magic realist ‘’Girl on a Red Swing.”

Ferdie Montemayor explores speed and cycles in the action-packed “Go II w,” while Emmanuel Garibay savors the fruit of patience and languor in “Hinog” (Ripe).

Bold and textured to confront convention, Leeroy New’s “Portrait 3” is a challenge to a stare-down coming from the 2009 Ateneo Art Awards winner, while Jim Orencio’s “Filipinas” evokes a sepia-layered past that is both familiar and unsettling.

Featured sculptures include “Bamboo Autumn for the Celestial Guardian,” a hoofed Sphinx unleashed by 2012 ACC grantee Riel Hilario; and “Sonata,” where Daniel de la Cruz had “fiddles” with the female form.

“When a work is included here, it means dumaan na ’yan sa butas ng karayom (it has gone through the eye of the needle),” said Richie Lerma, the Ateneo Art Gallery  director and chief curator who four years ago set up Salcedo Auctions.

“It won’t be like a bazaar or tiangge, a mixed bag that may confuse buyers, especially new collectors who need to be guided,” said Lerma,  also an award-winning art critic.

He cited Salcedo’s adherence to world standards and practices, mainly those concerning transparency, pricing and authentication, as key to the credibility of the past Important Philippine Art auctions. “The industry bible is the Art+Auction magazine which has a list of the Top 250 auction houses in the world, and we’re the only one listed from the Philippines.”

“We’re very selective about the organizations we partner with,” he said. “ACC has a long and cherished history in bringing emerging or established Filipino artists overseas so they can expand and deepen their knowledge of their craft through the exposure and the connections they make with their colleagues. It’s an enriching experience that cannot be matched.”

ACC Philippines board member, Dr. Joven Cuanang, said proceeds from the fundraising would go to the foundation’s scholarship program, which in his view had been most rewarding for “artists in mid-career,” the well-credentialed who take a pause on a crossroad to ask “what’s next.”

“When we send them out in the world, somehow they grow exponentially because of their exposure to kindred souls, different techniques and pananaw (views) and ways of expression. They come back very energized with that eureka moment. It’s a rebirth.”

“Art to me, apart from being the product of the best minds, is a healing thing,” said Cuanang, a Harvard-trained neurosurgeon and a serious collector. This can explain why the hospital he helped conceptualize, the 4-year-old St. Luke’s Medical Center in Bonifacio Global City, now has some 250 artworks under its roof. Now in his fourth year in ACC, Cuanang recently retired as SLMC medical director.

“We hope to come up with a sizeable amount. We have included artists like BenCab, Borlongan and John Santos who are among the most sought-after today, based on their performance in auctions here and in Singapore,” he said. “Based on their body of work and the reception of collectors and fellow artists, I think we have good spread.”

While a foundation had held auctions before, “we were doing it on our own and just feeling our way through,” he noted. “Fortunately, now we have the expertise of Salcedo Auctions to be able to guide the public.”