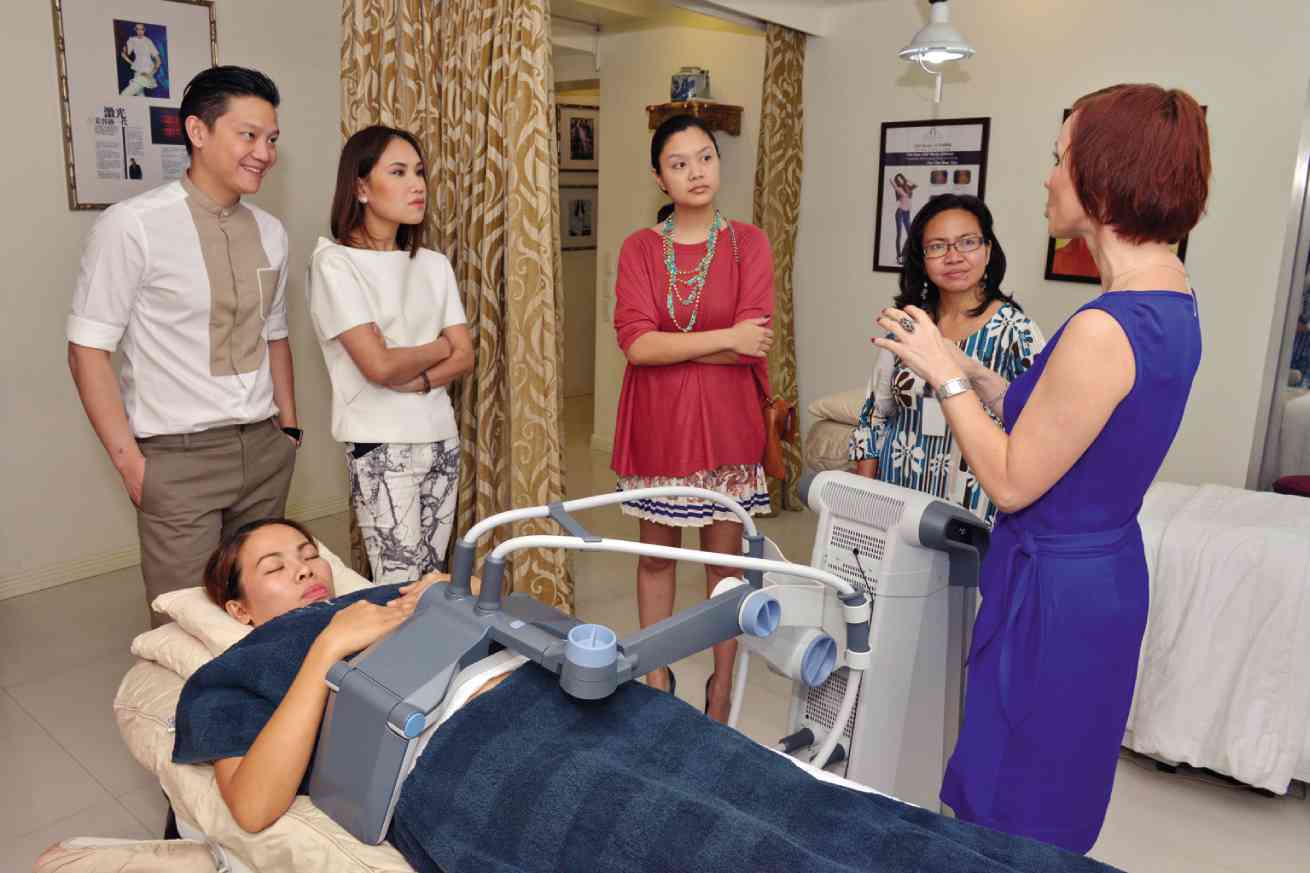 Turning up the heat on love handles

The last five to 10 pounds are always the hardest to lose. You can spend hours doing crunches and planks and alligator drags, but your midsection fat simply won’t go away.

American personal trainer and TV host Jillian Michaels has a simple explanation in her blog: the body, for survival purposes, will always struggle to hold on to the last bit of fat. Strict diet and exercise regimens do not work uniformly.

But technology has turned the impossible dream into an attainable goal. Called Vanquish, it is, according to its manufacturer, the world’s first noncontact, noninvasive and hands-free treatment that uses selective radio frequency to zap away fat in the abdomen and love handles.

The patented device has been scientifically studied and clinically proven for the circumferential reduction of fat in the tummy and love handles, said Petra Kopecka, the Czech manager in Southeast Asia of BTL Aesthetics, the company that invented and manufactured Vanquish.

“The skin, fat and muscles have different impedances. The impedance will depend on the water content. Fat cells have low water content and high impedance. With selective radio frequency, the machine automatically measures the impedance of the tissue layer and specifically targets just the fat cells. It kills the fat cells, or it reduces its size,” Kopecka said.

After four to six sessions, scheduled seven to 10 days apart, people can shave up to three inches off their midsection. There is no downtime, no special diets or supplements, no side effects, no internal organs affected, and the whole process is painless, Kopecka said.

“We don’t ask patients to go on a diet. We just ask them not to gain weight,” she added. Unless the weight gain is 100 percent from muscle mass, people who gain weight normally increase their body fat percentage. Increasing body fat is counter-productive to the treatment.

Dr. Aivee Teo clarified a point: Vanquish is a body-sculpting device that contours the midsection. It is not a weight-loss machine.

Vanquish was first tested on a controlled group of Vietnamese swine, whose fat cells and tissues are very similar to humans, said Kopecka. The study, which concluded last year, showed that the swine lost up to 60 percent fat. People, however, can expect a reduction of about 20-25 percent.

“I would never promise 60-percent reduction to anyone. We don’t live in a controlled environment,” Kopecka said.

The machine works in accordance with the natural processes of the body. Its maker, BTL, is a European company known for producing medical devices for cardiology and pneumology the past 21 years. It ventured into medical aesthetics eight years ago, producing machines that also pass rigid medical standards and regulations, she said.

“As a medical company, we understand the body very well,” Kopecka said.

Vanquish stimulates apoptosis, or the natural death of fat cells. Each treatment is only 30 minutes long. The radio frequency has a thermal effect on the deep tissue while protecting the surrounding areas. That’s why even at its highest temperature of 45 degrees, when the induced apoptosis occurs, the skin and other tissues do not burn.

“Our body has its own lymphatic drainage. Any toxins in your body, after it has been metabolized, will be excreted through stool or urine or sweat. Our drainage system flushes the fat out of our body,” Teo said.

Kopecka cautioned, however, that patients must inform the nurse or doctor if their midsection begins to produce too much sweat during the treatment.

Vanquish is a very powerful machine, she said. An overproduction of sweat may cause the water droplets formed in the abdomen and love handles to start boiling. This in turn can cause blisters. Although this rarely occurs, it’s a situation that can be prevented.

Actress Judy Ann Santos, who had her first session of Vanquish a week ago, said all she felt was a warm sensation in her midsection—very tolerable and painless. And the 30-minute treatment is just perfect to squeeze into her tight schedule.

The once fleshy Santos now flaunts an hourglass figure. She swears by Teo’s services and treatments, and complements them by exercising six times a week.

This body-sculpting treatment is said to be closest to surgical results. Since treatments are evenly spaced out for weeks, allowing the body ample time to recover from the fat loss, there is less chance of the skin sagging.