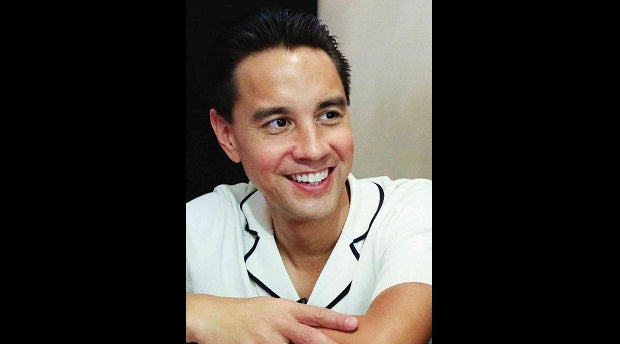 Dream bigger. There are no limitations. The Filipino’s time has come.

Forty-something José Maria “Joey” Brias Manahan was 10 years old when his mother Maite brought him with her to California, uprooting him from that tight-knit clan of interesting personalities living in Forbes Park.

It was in that foreign land that the realities of being a first-generation immigrant became part of Manahan’s adolescence.

Mother and son moved again, to Hawaii, after Mom remarried.

The son of the late Joselito Manahan grew up, learned a lot, and is now serving as a Honolulu city councilor.

Manahan comes from one of the country’s respected families. His grandfather, the late Dr. Constantino Manahan, was an obstetrician who was one of the pioneers at the Makati Medical Center.

Grandmother Elvira was a style icon who hosted the long-running TV talk show “Two For The Road.”

A member of the US Democratic Party, Manahan spent six years in the Hawaii State House of Representatives. From 2010 up to the end of his second term in 2012, he was Vice Speaker of the State House.

People close to him credit his mentor, Rep. Dennis Arakaki, for inspiring Manahan to engage in public service in Hawaii for the past eight years.

Call it restlessness or a hunger for something bigger, but Manahan now dreams of becoming the first Philippine-born member of the US House of Representatives (representing Hawaii, of course).

To date, there has yet to be an individual with Filipino blood occupying an elective federal position in the US Congress.

The dream is daunting, but Manahan—whom aunt Tats Rajante-Manahan describes as a “cool and confident kid”—said he is “not as scared as I should be.”

In some cases, someone’s ethnic background could be considered a glass ceiling, but Manahan would rather believe there are no limitations, especially when it comes to thinking of ways to serve people more, or in a better way.

In many instances, the limitation is not even external, but exists only in the person’s mind. “It’s like a prison because it holds you back. But you are limited only by what you allow yourself to be limited by,” he explained.

In Manahan’s case, being a full-blooded Filipino who migrated to Hawaii did not keep him from being chosen as a leader.

With public service running in his veins, Manahan chose education and housing as his pet issues, fighting against the unnecessary closure or consolidation of public schools and rallying for more housing projects.

An earlier Inquirer report said Manahan authored the first successful legislation in any state to designate October as Filipino-American Heritage Month. He also advocated for improved veterans’ benefits and reunification among families of Filipino veterans of World War II, said the article that announced his latest political plan.

Manahan believes the American Dream should be pushed forward and no longer limited to typical cases of working three jobs to support oneself or the family back home.

He said there are quality-of-life issues that need to be addressed because doing so would ensure that people work not only to survive, but also to live fuller lives.

“I think the middle class is being overburdened right now… I think people are struggling with that on a daily basis, living paycheck to paycheck and barely able to make ends meet. For us in Hawaii, it’s certainly the case,” he observed.

“People often have to work two or three jobs just to get by, and if you don’t get a good paycheck, that concern would be a hindrance to planning for your future, sending kids to school and being able to just spend time with your family,” he explained.

Manahan said he is familiar with families where children come home, and the parents are at work and there is “no supervision.”

“It takes a toll on the family. It’s unfortunate, but that’s happening to our middle class right now.  And that’s one of the things I really do stand for—that understanding, of having gone through that process… I want to be that voice in Congress to fight for quality of life, to strengthen again the middle class which is really the backbone of America and our economy,” he added.

Fast-tracking the dream would be easier if Manahan joins mainstream US politics and works for new relevant issues like immigration reform.

The Honolulu councilor said his experience as an immigrant, although difficult at certain moments, provided him with a wellspring of insights and perspectives.

“Being an immigrant, having lived in two worlds, you understand the divides that separate people, and you also become aware of shared values or common ground where you can work,” he noted.

Manahan said his place in the growing diversity of America is precisely what he intends to bring to the table.

“I believe this is the time to do it… Hawaii is a state of immigrants. We’re a melting pot. We also have the second largest Filipino community outside the mainland,” he pointed out.

Manahan said Filipinos in America have grown as a community of influence.

“We are a tight-knit community. We have been successful in the past in bringing people together toward a common goal,” he recalled.

“I really think it is our time as a community. I believe that for us to be viable and actually get listened to, we have to get out there. We got to vote and show we are standing behind one candidate,” the councilor added. “I think the timing is good right now.”

He is pushing for the grant of Temporary Protective Status (TPS) to Filipinos staying in the state under irregular circumstances. “The Filipino-American community in Hawaii has gotten together on this issue and is doing a letter-writing campaign to Secretary of State John Kerry to allow TPS to Filipino immigrants who would fall under the TNT (tago nang tago) category,” he said.

Manahan’s plan is to sponsor a resolution to be approved by the city council and submitted to Washington, the State Department and Homeland Security. He said a precedent was set when a similar system was extended to immigrant Haitians following the fatal earthquake that struck their country in January 2010.

“In New York, a councilman introduced the same piece of legislation and was able to get a TPS for Haitians who had to leave or who were in the US because of the calamity. Providing them that status took away the uncertainty of what you will be in America. It gave them a bit more peace of mind, some kind of status,” he noted.

The Fil-Am community, he said, “is rallying behind” the idea of the same privilege to their unfortunate brethren.

“It’s basically going to take a lot of letters to be able to petition for TPS for undocumented Filipino workers. This is social consciousness. This is social awareness—trying to help where you can,” Manahan said.

Feedback has been “good” so far. “You gotta work towards that possibility. That’s my job,” he added.

Turning pensive, Manahan referenced national hero José Rizal, who boldly discovered the things he was capable of doing. “Rizal was very successful in moving forward because he saw past our limitations. He did what he was gonna do because he believed in it. There is a path, and this is our time,” he stressed.

Manahan said he would rather dismiss that inner voice that insists there are limits. “Of course, you have to struggle with that. Maybe other people would tell you that you can’t do it. You also have to battle that. When you believe when they say it’s not possible, that’s your problem. You have to prove that what they’re saying is not true,” he said.

To prove so, one must work harder. “Again, the American Dream. If people with three jobs live from paycheck to paycheck, where is the dream? You’re surviving but you’re not living. That shouldn’t be the case,” he maintained.

The die is cast. Still, there would be the primaries in August and the election in November, but Manahan has already decided that his next job would be to make sure that everyone gets to live his dream.

“There will always be challenges. And I’m ready for anything,” he said.