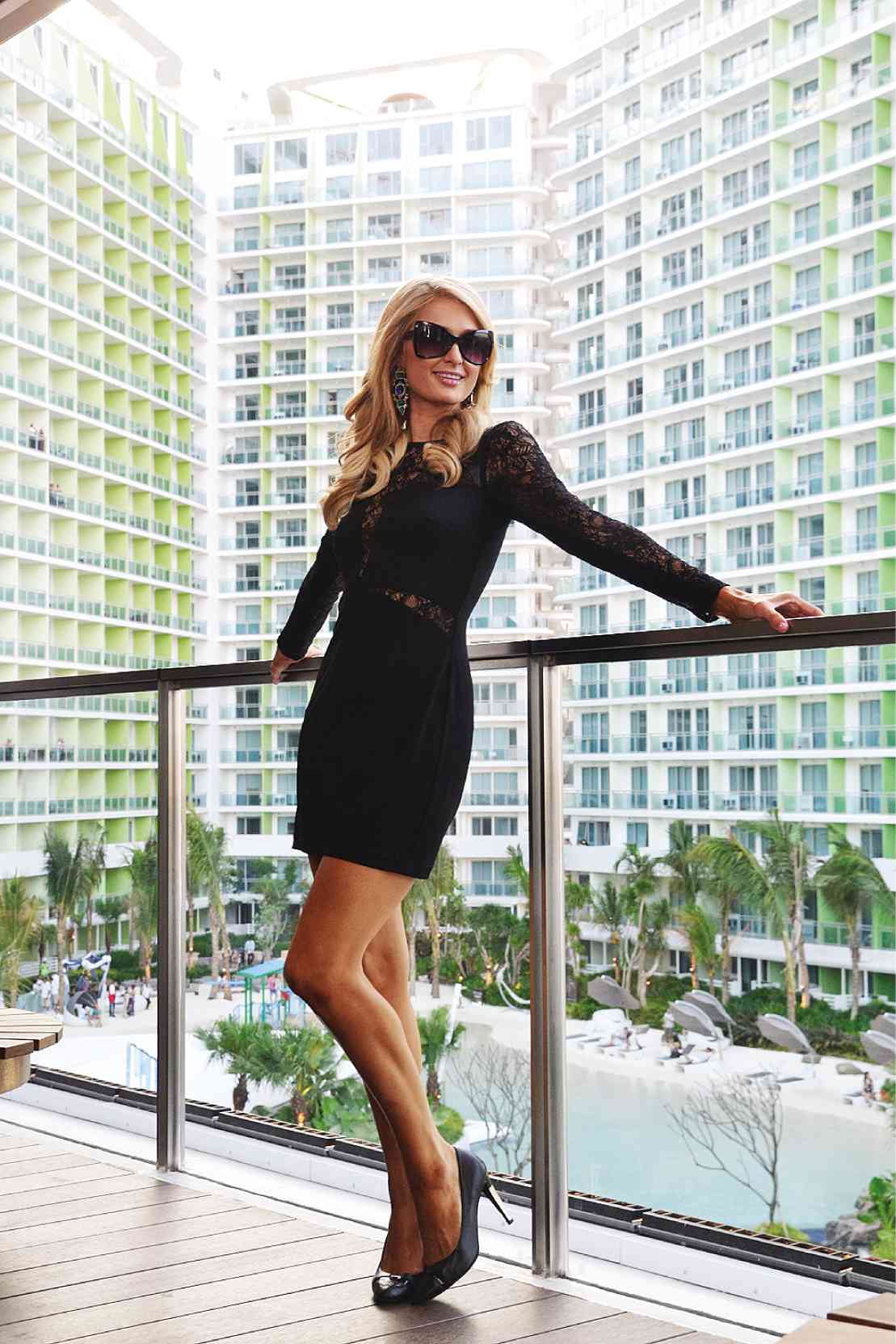 The beach club is gonna be very Paris—sexy, fun, exciting, beautiful. Of course, there’s going to be pink there, it’s my favorite color,” said Paris Hilton in 2011 when she first flew to Manila for meetings with Century Properties’ creative and design team.

The developer collaborated with the heiress and businesswoman in creating Paris Beach Club, the clubhouse of Azure Urban Resort Residences.

Paris returned to Manila last week to launch the clubhouse she designed. And, just as she had predicted, her touch was visible in every room of the place.

John Victor “Jigger” Antonio, chief operating officer of Century Properties, said,  “Paris is an avid interior designer. I’ve been to her house, she toured me. She loves architecture and real estate.”

At the launch the other Thursday, Paris talked about her favorite parts of Paris Beach Club. “The lobby is beautiful. We have a really cute candy bar over there, we have ice cream. I love

the hallways that light up in different colors, all my favorite colors. I thought that was very modern and different. The third floor has a beautiful lounge where people can relax with drinks. The DJ booth is awesome and looks like a disco ball.”

Paris’ love of beautiful things extends to fashion. “I love shopping, I’m an expert on that,” she said.

Her passion for clothes was evident during the five days she spent in Manila, turning the city into her runway. Her multiple outfits here were noticed even by the foreign press. “I want to promote my project as much as possible, so I think it’s nice to do a lot of costume changes throughout the day,” she told Lifestyle in a one-on-one interview, sitting on a plush pink seat inside her club’s social lounge and wearing a beautiful black lace dress by Ronny Kobo.

Just minutes before, for the press conference, she was wearing a pretty sparkly striped dress from Alice + Olivia. She told Lifestyle, “I love a lot of designers but my favorites are Versace, Dolce & Gabbana, I really like Alice + Olivia, Fendi and Christian Dior.”

Paris may have worn outfits from her own wardrobe during her appearances here but for her series of shoots for Century Properties, she modeled creations by Filipino designers that were handpicked for her by stylists Liz Uy and Kat Cruz-Villanueva.

Paris is no stranger to Filipino designers. For her previous shoots with Century Properties over two years ago, she wore pieces by Martin Bautista, Eric de los Santos and Rosanna Ocampo, all chosen by stylist Bea Constantino. Paris loved their designs so much that she tweeted, “Loving all the Filipino designers, so talented!”

Earlier this year, Paris rocked the Grammy Awards’ red carpet by wearing a gorgeous white Albert Andrada gown, chosen for her by her stylist XtinaMilani of the Haus of Milani. According to the Washington Post, the high-neck embellished gown with sexy sheer panels “had the red carpet buzzing.” It also landed the heiress on numerous best-dressed lists.

In an interview with Lifestyle, Albert said, “That dress was part of my white and blue collection from two years ago. Last year, Haus of Milani saw my dresses online and asked me to send

some. That was one of three dresses I sent.”

Albert said he had no idea Paris was going to wear the gown until he woke up on the morning after the Grammys to numerous texts and calls from friends who had seen her wearing his creation. “It’s amazing. I’m really thankful. What flattered me the most was she was chosen best-dressed by most magazines.”

Haus of Milani has found a gem in Albert. Albert said, “They said, ‘We want more of you.’ They are asking for a dress that I consider one of my masterpieces, but I want to bring it there myself. It’s a work of art. I cannot replace it.”