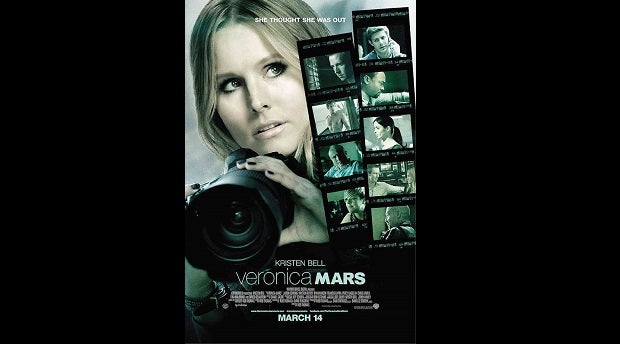 A marshmallow is tiny, soft and fluffy—no sweat for a set of hard teeth. However, 91,000-plus Marshmallows—as fans of the TV series “Veronica Mars” call themselves—joined together would be impossible to swallow, or, in Warner Bros.’ case, impossible to ignore.

The fruit of Rob Thomas’ wildly successful Kickstarter campaign, “Veronica Mars” the movie was finally released last week to the delight and excitement of fans who have waited for it for 10 long years. The crowd-funded film was a first for Hollywood, a test case on whether a project that took a long time to make—and mostly funded by fans, no less—could become a box-office hit.

Even its distribution was different. The film was shown in a few theaters across the United States, while its video-on-demand version was made available simultaneously. Which meant that, even if Pinoy fans were bummed that it wouldn’t be screened here immediately, they still got their fix by purchasing the video on iTunes.

Kickstarter backers of the movie were also given free access to the video, and some held private viewing parties for their fellow Marshmallows.

No show has quite a rabid fan base than “Veronica Mars”; how else could you explain more than 91,000 followers raising more than $5 million to fund a movie that would tie loose ends from the popular TV series’ unresolved third-season finale?

We were thrilled at how the movie was done, featuring our favorite characters, father-daughter sleuths back on a case, and of course, the best love team TV has ever spawned: Veronica Mars and Logan Echolls, played to perfection by Kristen Bell and Jason Dohring.

We don’t want to spoil those who are still finishing up a “Veronica Mars” marathon, but suffice it to say that the film was everything we never got when the series ended, although we wouldn’t mind a sequel or a “LoVe”-centric series of webisodes.

But though the film is already out, fans are in for a few more treats. The soundtrack is awesome (make sure to get it from iTunes, too), and a “Veronica Mars” novel penned by Rob Thomas will also be released on March 25.