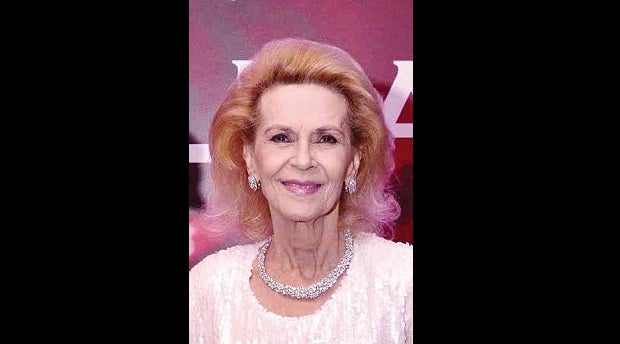 Your mantra for the week: I bravely live my passion without fear or doubt.

Man is faced with five basic fears, we are told: ill health; poverty; getting old; loss of love; and death. I believe that we can transcend these fears in our lives.

Today there are a million ways we can stay healthy, and that is why more and more people live to be almost 100, if not over 100. In my parents’ time, turning 40 was a sign of old age. Now, it has really become the beginning of life.

Yes, the gyms are full, food supplements abound, alternative healing is now widely recognized, and people are beginning to finally accept that diseases have their beginnings in our mental and emotional states. Thus, with all these developments, we have no reason not to be healthy.

This fear of poverty is also being addressed on many levels, starting from population control worldwide, advancing technologies, and the betterment of international relationships between countries.

How about the fear of the loss of love? To begin with, I don’t believe there is ever a loss of love—the loss of a loved one, yes, but the loss of love never happens unless we consciously turn it off. Even then it never leaves us, for that is what we are made up of. After all, all there is is love, and the rest is ego at work.

In terms of losing a loved one through death or other ways, people recover. If one truly loves oneself, other loves always come along.

Getting old, in my opinion, is only a matter of perception. True, older people feel youth is wasted on the young, but there are mental and emotional benefits derived from getting old. You may not be as physically fit as when you were in your 20s, but in the bigger picture, which includes your mental, emotional and spiritual growth, it becomes a wonderful experience. The insecurities of the immature are no more, and one becomes more receptive to change because change has become a friend.

But whether we are young or old, there is constantly the lurking fear of death; although when one is young, one sometimes feels one will live forever. Here is where our beliefs about the afterlife play a truly relevant role. Many people still believe in hellfire and brimstone even when two popes have already admitted there is no geographical hell. The only hell that exists is a state of mind.

Believing in that eternal inferno can truly be frightful, but I guess some religions believed it was necessary to promulgate to keep human beings behaving like civilized creatures. I am sincerely convinced, however, that man is essentially good and kind, and not a sinner as taught by the religion I was born into. Sin, it turns out anyway, is just an old archery term meaning “missing the mark.” Therefore, all we have to do is aim again and hit the mark.

Because of man’s innate goodness, when he dies, his soul goes back to its Maker and, until it is ready to learn new lessons for soul growth, he stays with his Creator in peace.

Going back to your Maker is certainly something one should not be afraid of. The only fear, therefore, that is left about death is the manner in which we move on. Truly, blessed are they that go quickly and in peace. Also, I would like to emphasize that in my belief system, death is really a choice of the soul. What is it with us human beings? We even accept the idea of being God-fearing as a virtue although knowing that God is really love.

Now imagine a life that is lived without these aforementioned fears. What would your life have been like if you had lived everyday bravely? We all have Divine Ideas within us to express, but our fears have kept us inert, frozen and stagnant, oftentimes existing in the confines of unfulfilled dreams instead of basking in a world of accomplishments and achievements.

It’s all in the bag

Lady Minda Feliciano Londsdale is in town. Surely many “mountain climbers” can pick up a few good tips on how people with real class behave. Her husband of 25 years, Lord Norman Londsdale, was once engaged to Princess Margaret of England.

My vote for hosts of the month goes to Rene and Ann Puno. The birthday dinner they gave for George Sarakinis was the epitome of a fun-gourmet evening. Ann did all the cooking from the lentil soup and the bacalao fish pasta to the two cochinillo and five other mouthwatering dishes. Even the mix of guests was “just right” to make a most delightful gustatory evening.

Now that Edna Camcam is referred to in some newspapers as socialite Edna Camcam, her real socialite friends like Buda de Leon Samson, Mary Madrigal de Leon and Nenuca Araneta Blardony, who were part of her “kitchen cabinet” in her glory days, are now seldom seen with her.

In the meantime, Dr. Daniel Vasquez, who recently evicted Ms Camcam from his Forbes Park property, is now doing a Rhett Butler, who famously said: “Frankly my dear, I don’t give a damn.”

Janet Napoles, in one of her Forbes Park parties, not only flew in food from Hong Kong like Imelda Marcos used to, but also flew in the waiters to serve the Chinese food. Of course, Napoles is now behind bars and Marcos is still partying although no longer with her beloved international set of friends. She is now content hobnobbing with the “locals.”

Cristina Ponce-Enrile is selling a big part of her collection. We are told it has nothing to do with the 38 loves of her husband.

It is not true that Divine Lee has joined Cedric Lee while her father is in Pampanga. At least, not yet! Kidding aside, you must hand it to her as she was able to clear her name before all the legal cases came about against Global Asiatique. Now, it’s all in the bag, whether Hermès or Chanel.