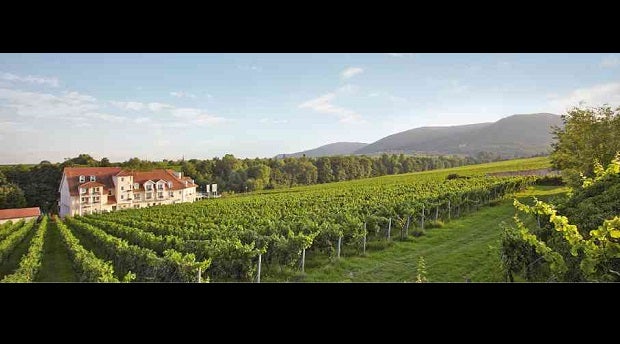 It’s not only about adding years to life, but adding life to years.”

This in essence sums up the philosophy behind Dr. Robert Janson-Müller’s practice as a general practitioner in Munich and as a specialist (one of a handful) in live cell therapy in Edenkoben, a picturesque, grape-producing town one hour south of Frankfurt.

A growing number of Asians, including Filipinos suffering from such ailments as diabetes, heart disease, degenerative disorders of the joints and spinal column, multiple sclerosis, mild depression, burnout, migraine and even impotence, are braving the 14-hour flight to Germany to avail themselves of the therapy pioneered in the ’30s by Swiss doctor Paul Niehans.

Live cell therapy, which is an “organ-specific” approach, involves harvesting fresh cells from sheep embryo and injecting them directly (intramuscular) on the patient’s buttocks.

Not a few parents also swear by the therapy’s beneficial effects on their children with mild autism, attention deficit and hyperactivity disorder (ADHD) and Down’s syndrome.

During our coverage, for instance, we came across an Indonesian couple with an 11-year-old son with ADHD and mild autism. After trying all sorts of treatments to improve their son’s focus and EQ, including a daily dose of the drug Concerta, the couple learned about live cell therapy from another parent with an autistic son.

“Before live cell therapy, he was mostly limited to one-word sentences,” said the dad of his son. “And when he talked to people, he lacked eye contact. Now, I could teach him to form complete thoughts and sentences.”

The son, who’s enrolled in a regular school, also started doing better in class. The former loner “who kept to his own business” has become more friendly, empathetic and involved in group activities, said his doting father. Best of all, he has stopped taking oral medications.

“We’ve been going here every year since 2010,” he added. “We’re now on our fourth visit. According to my son’s doctor in Singapore, he needs at least five treatments.”

The treatment supposedly addresses a gene defect, especially among children with Down’s syndrome, to help enhance metabolism in the brain, which results in better cognitive functions.

And then there are the usual beauty junkies who credit their youthful glow to their twice-a-year visits to Müller. Although more than 80 percent of his patients have real health problems, as much as 15 percent see him regularly to get their beauty fix.

Looking good, he added, is more the result of a healthy body and positive disposition. A person freed from all sorts of ailments invariably becomes more energetic and younger-looking.

Not for cancer patients, pregnant women

Live cell therapy is not about healing and performing miracles. Provided the person isn’t suffering from chronic infections such appendicitis, tonsillitis, tuberculosis, Aids and even abscessed teeth, he or she is bound to benefit from the therapy’s “rejuvenating” effects.

“It’s seldom for a doctor to really heal,” he said. “Mostly you treat. I do that in both my practice here and in Munich. Healing is something that Jesus Christ did.”

Since cancer runs counter to the treatment’s essence, which is to rejuvenate and activate cells, he also doesn’t accept patients afflicted with the big C.

“If I activate the cells of a person with cancer, I might end up putting more oil in the fire,” he said.

Pregnant women and those on permanent dialysis are also not ideal candidates for the therapy. Müller doesn’t want to endanger the lives of those on dialysis, since there are no nearby facilities to do the procedure.

In the case of pregnant women, injecting them with foreign cells might produce an allergic reaction that could harm both mother and unborn baby.

That’s why it’s important for patients to do a thorough medical exam, including their blood chemistry, before flying to Germany to do the treatment. Once accepted in the program, patients are also expected to disclose their entire medical history to help Müller come up with the right treatment program for them.

“It makes no sense to let someone come from the Philippines only for me to discover in the morning of the examination that he has active prostate cancer,” said Müller. “I want to know who’s coming to me. That’s why I check everything again by conducting my own blood work.”

Each sheep embryo (from 16 to 17 weeks old or five weeks shy of being born) can provide as many as 10 to 15 patients with a variety of cells from 70 different organs, including the pituitary glands and thymus (glands responsible for the regulation of certain hormones and boosting the immune systems, respectively).

“If you do the treatment using human cells, you could also transfer genetic problems and diseases from the host to the recipient,” said Müller. “The risk is much higher. Here, the likely problem would have to jump from one species to another, which is much more unlikely.”

Niehans started doing the treatment using cow fetus. For practical and scientific reasons, the practice has evolved over the decades and now uses only the best Merino sheep (the same breed that provides materials for sweaters) sourced from a farm in the nearby town of Neustadt.

Müller also scoffed at claims by a certain competitor that it uses “black mountain sheep.” As far as he’s concerned, there’s no such thing.

Contrary to their meek nature, sheep are also robust animals. Unlike, say, dogs or pigs, they’re not prone to cancers and strokes.

Also, “If you go to a Catholic Church, it’s the lamb that is sacrificed,” said Müller. “This time the animal sacrifices itself to give health to humans.”

The approach seems almost like a direct and literal way of treating an ailment by zeroing in on the organs responsible for it. Thus, if a patient is suffering, for instance, from joint problems, Müller extracts live cells from the fetus’ joints. He then mixes them with sterile water before injecting them into the patient.

Müller downplayed fears of any allergic reaction. In fact, in all his years as a practitioner, he has yet to encounter a patient who went through an “allergic shock” after being injected with sheep cells. The worst that could happen is visible redness on the injected buttocks.

“It’s because I’m injecting only fetal tissues,” he said. “Unlike cells from mature animals, these fetal cells don’t have antennas or HLA antegens on them yet. Otherwise, there would be a fight between mother and fetus.”

Since time is important, he does everything within an hour or two after the mother sheep is slaughtered and its embryos extracted.

“I’ve been told by my father that when it comes to live cell therapy, the faster, the fresher, the better,” said Müller, referring to his dad Dr. Wolgang Janson-Müller.

After 38 years of practicing live cell therapy, the elder Müller, perhaps one of the best living proofs that the treatment works, retired to give in to his wanderlust. Active and youthful-looking at 73, the old man skis in the winter and travels around the world during summer.

After working with his dad for several years, the younger Müller, now 47, was more than happy to take over.

A typical treatment, which involves as many as nine to 25 injections depending on the patient’s needs, can set you back by 12,000 euros. Patients and their companions stay for four days and three nights at the cozy and modern Luitpold Hotel, which doubles as a hospital while also housing Müller’s clinic (see related story).

Regardless of the number of injections a patient receives, Müller doesn’t charge extra for additional injections, like some live cell therapy clinics reportedly do.

He doesn’t resort to a one-size-fits-all approach, either. That’s why it’s important for Müller to see the big picture as far as his patients’ health is concerned. For chronic and degenerative disorders like MS and Alzheimer’s, the treatment would have to be repeated every six months to one year.

“Each person is different down to his health needs,” he said. “That’s why every person is getting individual, tailor-made combination of cells.”

“We will see what my daughter is going to do,” said Müller, referring to his teenaged daughter. “She said she would like to go into medicine, but it would ultimately depend on what she really wants.”