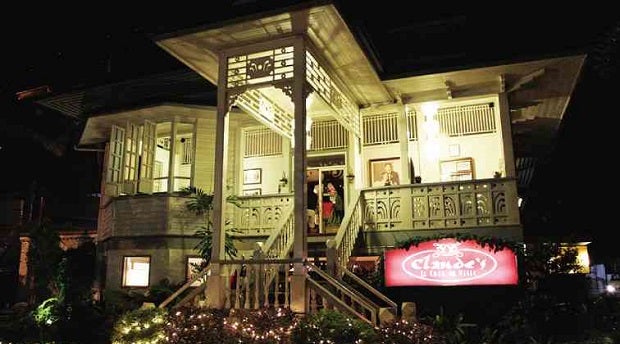 The oven-roasted baby goat that greeted us at the Malagos Farmhouse outpost in Davao City was a treat we weren’t expecting but one we all welcomed. After all, the brand is known mainly for its range of exceptional goat cheeses.

The “cabrito” (roasted young goat) was a surprise the owners had whipped up for the lifestyle press that had flown to Davao upon the invitation of Park Inn by Radisson.

The year-old, 204-room hotel located behind SM Lanang was designed to cater to business and leisure travelers. It would be our home for the next few days.

We realized soon enough that Davao —like Bacolod and Ilocos—is a place where you can eat well provided you or your hosts know where to go.  It also wants to be a shopping destination with its ongoing Big Davao Fun Sale that runs until April 16.

Many of the city’s malls and stores are joining the project. Weekly themes include Health and Beauty (March 16-23), Electronics and Gadgets (March 24-30), Home and Travel (March 31-April 6) and Active Lifestyle/Fashion (April 7-16). Dining, crafts, fruits and flowers are on sale on the month-long event.

“This is the first time we are holding a four-week shopping event. Our primary goal is to establish Davao City as a unique, fun and preferred shopping and dining destination in the country,” said Art Boncato, assistant secretary at the Department of Tourism.

Our first day started with lunch at RBG, the all-day dining outlet at Park Inn by Radisson where the chef prepared several dishes of local produce. One dish that stood out was a clam pasta that was rich and flavorful.

We then headed to Malagos Farmhouse and experienced the warmth and hospitality of the Puentespinas, Olive and Roberto Jr. Until recently, guests could sample the cheeses only in an open area, but Olive decided to put up a tasting room, Leon’s Lounge, named after her small child who passed away.

The lounge was the perfect place to enjoy the cabrito with a few cheeses, some bread and several bottles of chilled wine.

Olive, who oversees the goat raising and is a self-taught cheese maker, said, “If you are a young male goat in my herd, you have little use for me.” For quite some time now, she has been pushing cabrito as an option to “cochinillo” (roast suckling pig). She has even begun selling goat pelts that decorators use as accent pieces.

For all our protests, we ended up devouring the hapless goat. There was none of the gaminess one expected. The meat was soft, tender and perfectly flavored.

Olive sells the slaughtered goats whole and provides instructions on how to cook them, usually over coals or butterflied in an oven.

If cabrito holds no allure for you, there are always Olive’s cheeses. Her feta is unlike the salty Greek version but is perfect diced and tossed in fresh garden salad. The soft goat cheese flavored with ripe mango is also a favorite.

During our short stay in Davao, we were able to dine in two restaurants that were worth visiting: the almost 20-year-old Claude’s Cafe de Ville, and the newly opened The White House Fusion Cuisine and Wine Lounge.

Both are housed in what used to be two of the city’s grand old mansions.

At Claude’s, we met the husband-and-wife team of Claude and Tess Le Neindre who regaled us with stories of how they met and, later, why they decided to put up a restaurant.

We had an eight-course dinner but the one that really wowed was the first consisting of fresh oysters from Canada. Cold, plump and briny—delicious even without any of the sauces.

On our last night, we dined on oyster shooters, soup with enoki mushrooms and braised pork belly at The White House. Dessert of caramelized bananas and ice cream was served at the restaurant’s azotea on a table lined with glowing lamps, under a sky studded with stars.