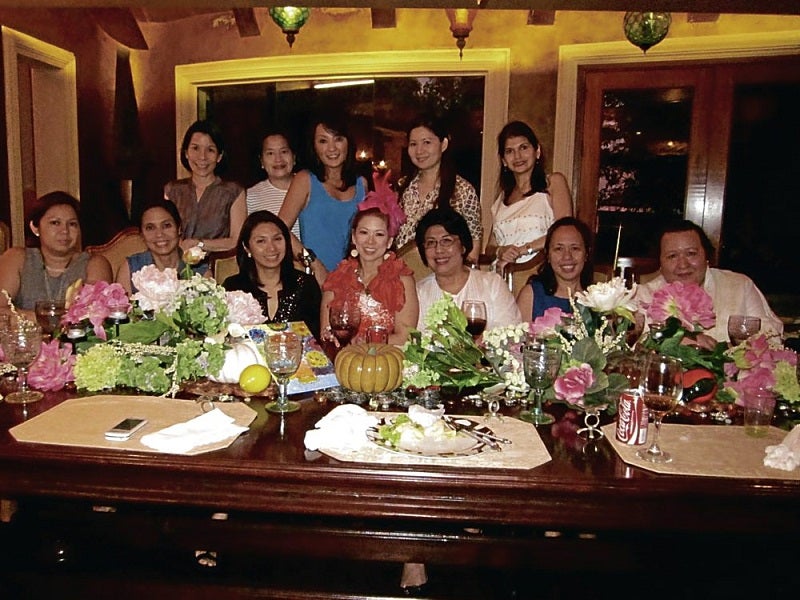 Why I love charities 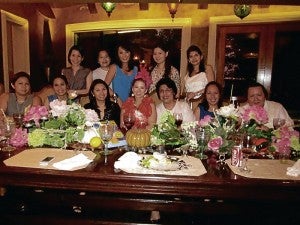 Social events with charitable causes are my favorites. One can hit the proverbial two birds with one stone, having a fun time and still making a difference in people’s lives.

That’s why Kaye Tinga and I are so excited about the upcoming Red Cross Ball on Oct. 16. Not only do we get to feature the brilliant, Dubai-based designer Michael Cinco, we also have so many generous sponsors pitching in for the crème de la crème of charities, the Red Cross.

Michael is bringing in one of the most glittering collections of haute couture. Among the feathers in his cap was his stint as one of the designers on the hit TV show “America’s Next Top Model.”

The Red Cross Ball is the culmination of several build-up events. On Sept. 27, the presscon kicks off at 3 p.m. at the Audi Showroom in Global City. Our major presenter is the Megaworld group, particularly their jewel, Resorts World. Co-presenters include PGA Cars, Audi, Smart Infinity and Etihad Airways.

On the big day itself, Audi will have two of its luxury cars on display at Makati Shangri-La. Robert Coyiuto, head of PGA Cars, told me that if the ball were held in November they would have displayed a Lamborghini instead. It’s the perfect car for all those mid-lifing husbands out there. 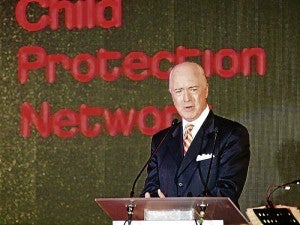 Like Audi, Etihad Airways is a two-time sponsor. This airline of the sheiks is flying in the design team and generously donating a business-class ticket to Europe which will be part of the live auction.

Smart Infinity is a perennial sponsor. This year, they asked me to be one of their brand ambassadors and our contract includes a direct donation from the PLDT/Smart Foundation to the Red Cross. Of course, with Samsung, they are also auctioning off a techie package at the ball.

My other perennial is HSBC. This global bank has been with the project since Day 1 four years ago, and I truly appreciate how each new HSBC country manager continues to support the cause.

Among the majors, I cannot forget Makati Shangri-La. Reto Klauser, Shang’s GM, always amazes with his attention to detail. Our food tasting next week is sure to be an eye-opener as I always learn so much about food from him.

The Red Cross Ball has benefited from a host of other sponsors who have come in this year to support the project. The newbies include Fila, Pond’s and Sun Life Financial. The Ball organizers have incorporated the three brands in the program, all to make the event more lively and fun. Pond’s and Canon have collaborated and will present a photo exhibit, “Women in Love,” with photography by Canon brand ambassador Wesley Villarica. 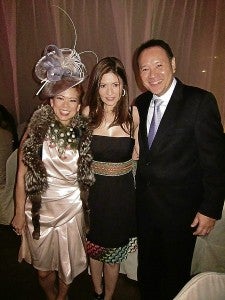 Our glossy magazine sponsor is Summit Publishing, and its Preview Magazine has beautiful Anne Curtis wearing Michael Cinco this September issue. Town & Country’s upcoming cover girl is also a “Women in Love” model, but I will leave that surprise for their release in October.

Because the Red Cross Ball is just around the corner, I find myself squirming whenever I’m at another charity event. Child Protection Network Foundation held its first benefit recently at Manila Polo Club. CPN raises funds to help abused children get medical and psychological treatment (www.childprotectionnetwork.org).

The CPN Foundation Benefit included a special auction which raised over a million pesos. I was so happy to meet a taipan for the first time, generous bidder Ricky Razon, whose wife Lizzy is one of the CPN trustees. Other sponsors included Calata Corp, IPM Realty and Philippine Tatler.

I was also amazed to meet David G. Bradley, owner of Atlantic Media Company and chair of CPN. Through his efforts, CPN has helped over 32,000 children through its 40 Child Protection Units across the country.

Irene Martel Francisco, publisher of Philippine Tatler and CPN president, put up an excellent benefit, with entertainment from Ryan Cayabyab and Highway 54. The wines were supplied by Forth & Tay. 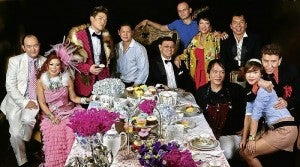 Irene and I talked about the Tatler’s 10th anniversary, a tour de force weighing in at over 400 pages! Clearly the Tatler continues to be the country’s premier, luxury lifestyle publication. The September cover is a limited edition created by internationally renowned furniture designer Kenneth Cobonpue.

Anton San Diego, Tatler’s editor-in-chief, told me that the cover’s metallic stitches are the threads that bind our lives and bring out the best in us. The issue is a true collector’s issue, packed with special features from over the past decade. 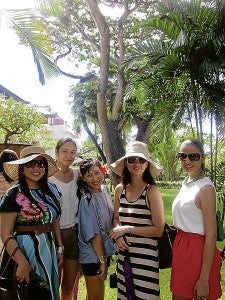 One of the beneficiaries of the Red Cross Ball is also the Assumption HS ’81 Foundation. My alma mater has an outstanding tradition of having every batch donate back to the school, which has eight mission schools around the country, which provide basic education and livelihood programs, that bring hope and teach self-reliance to the less fortunate. Naturally, I am always happy to support the many Assumption batches trying to raise funds.

Batch chairperson Rica Lopez de Jesus told me her classmates have been meeting monthly, aiming to come up with a truly fun event that will also raise as much for charity as they can. Batch ’87’s sponsors include Miladay, Rustan’s, TV5, Cignal Digital TV, Starbucks, Gold’s Gym and Globe.

It’s a pleasure to see that while the girls just wanna have AC fun, they are also certainly hitting two birds with one stone.