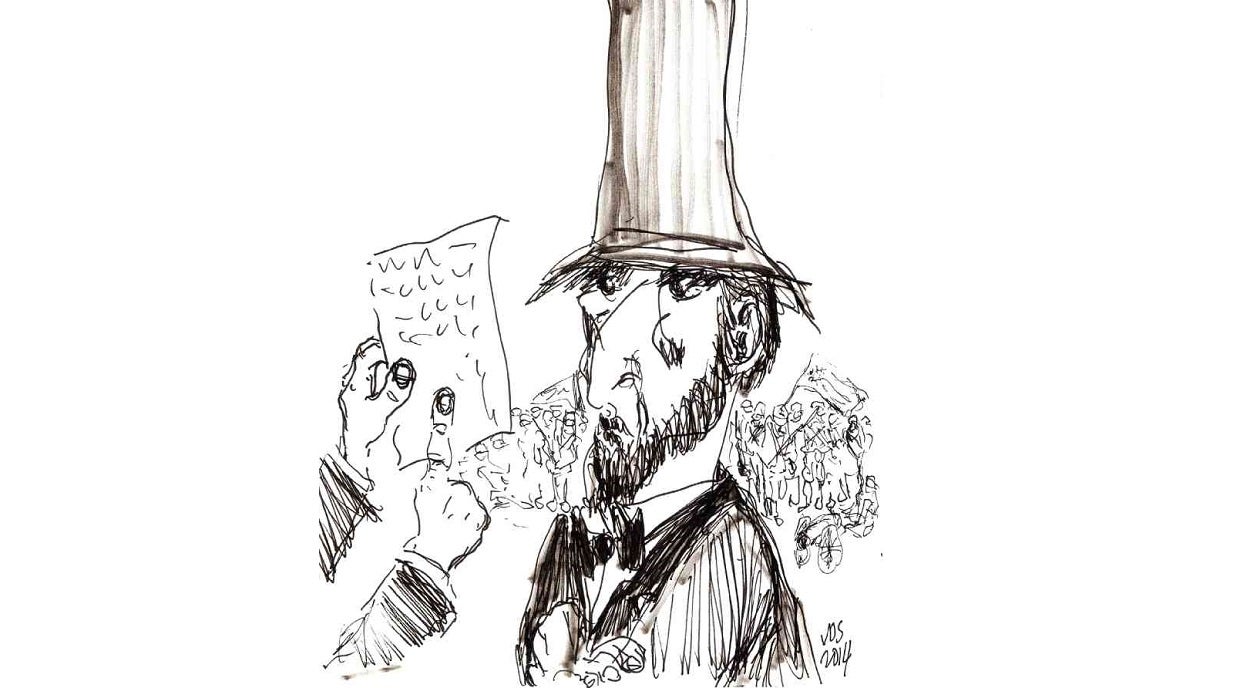 The business of ghostwriting

Over-solicitous fraternal advisers tell me ghostwriting is good business, and I can believe them.

Ghostwriting, in fact, helped me feed a family as a journalist made jobless, irrelevant actually, by martial law. Anyway, I don’t expect to be plunged into any such desperation as to be tempted to take it up again.

A more comfortable option would be ghost rewriting, which I did for a living for many years as a newspaper rewrite man and copy editor. Nothing about it is actually ghostly—nothing secret or fraudulent. Even if he gets no open credit for his work, a rewriter is not denied it; he’s well known enough in the business, his role, in fact, a standard one: He repairs someone else’s creation.

A ghostwriter, on the other hand, not only does the creating himself but also does it in someone else’s name. That someone, moreover, likely exists on a reputation for the sake of which, lest he be thought deficient, he hogs all the credit for the creation and confines the creator in the shadows. Or the ghostwriter himself is not happy enough with what he has created to consent to come out in the open; after all, he creates at a client’s behest.

I don’t mean ghostwriting is sordid business, maybe shadowy but not sordid. I only mean that the difficulties alone one goes through writing as a ghost are for me just too discouraging even for the top money the job pays. Not to mention yet is the trouble one might later run into if one happened to have put words in the wrong mouth. That’s why I admire the really good ghostwriters, speechwriters in particular; it’s the sort of admiration I reserve for the truly good mimics.

Why, I’d be schizophrenic myself! And if I had an Abraham Lincoln for a client how could I hope to do him justice at all? How, indeed, could one have even imagined ghostwriting for Mr. Lincoln after listening to him at Gettysburg, to words he himself wrote?

I’m sure John F. Kennedy did not himself write his now immortal “Ask not what your country can do for you; ask what you can do for your country.” But still one gets the feeling he could have written those words himself.

The same with Cory Aquino’s roundly applauded speech before the American Congress; it was ghostwritten, but surely she understood every word of it, and, delivering it from memory and articulating it magnificently, she did come across even more credibly.

Her successor, Fidel Ramos, was a difficult client, I hear, but not for any other reason than that he knew exactly what he wanted to say and said it in the exact way he knew how—no-nonsense, style-less, sometimes even disjointed. That’s why his speeches were forgettable. He would get a whole crew to work on one speech, each writer assigned a point or a set of points to develop along some pre-set line. From the drafts he would cut out parts and stitch them together, inserting, adding, reworking as he went along. He just wouldn’t have any ghost inhabit him.

Joseph Estrada, too, scarcely needed a ghostwriter, but for a wholly different reason. Accustomed to, indeed made for, simpleminded movie scripts, he’d have needed only to dig up one for the occasion and read it to just the perfect audience—a nation of moviegoers. Any ghost who may have tried writing for him thinking he thought at all like a president would surely have been misplaced.

An easier client may have been Gloria Arroyo, but only for a ghostwriter who cared little about words or credibility or anything else, including his health. She read everything on her prompter but appropriated it only to the extent that it did not get her into trouble. Once it did, she turned from president of an earthly republic to Queen of Wonderland and gave the command, “Off with his head! Off with his head!”

The only line she has spoken that cannot—should not—ever be forgotten owes its compelling quality to no graceful ghostwriting. In fact, rolling off her tongue, it sounded not only tiresomely but also artificially banal—“I am sorry.” Indeed, she gave it a supreme fraudulence—an apology offered for a presidential vote she rigged for herself.

Between her and Estrada, I don’t know which was the worse client for a ghostwriter. In any case, after them, President Noynoy Aquino looks positively like a decent corpus to dwell in, though not an easy one for a ghost that longs to be both writer and director. As a memorizer and public speaker, he’s definitely not Cory’s son. More and more, he has been racing through his prompter, as if he couldn’t wait to be done with a chore, in keeping, it would seem, with an impatience to be done as well with his presidency.

Much of the price ghostwriting fetches could only be hazard pay. Well, going through advancing years is hazard enough for me; it’s just too much risk compounding it.