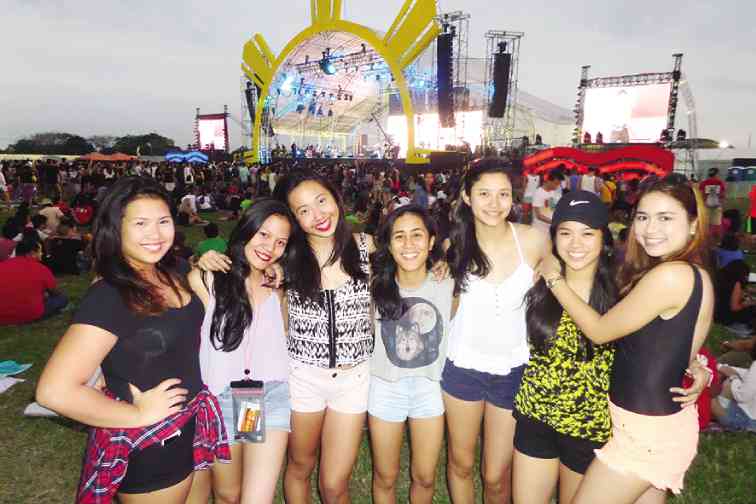 In recent years, the music festival scene in the Philippines has been rapidly growing, as international artists fly in and perform before a large audience.

We’ve seen major artists and promising new ones, as recent as last year. With our own set of talented local performers, the first 7107 International Music Festival was definitely a successful venue for people from all walks of life to come together and share their appreciation for not only foreign, but Filipino artists as well.

The two-day event was held Feb. 22-23 at the Global Gateway Logistics City grounds in Clark, Pampanga, far away from the busy metro life. It made it possible to provide a venue big enough for a safe and entertaining show, as well as promote domestic tourism.

The well-planned event was made possible by producers Tina Herrera, Mike Roda and Chris Shuma. The three combined their own individual experiences in producing major events,

and conceptualized the biggest music fest the Philippines has ever seen.

Along with a professional festival management team from Los Angeles, California, that has handled the Oscars, Grammys and Coachella, to name a few, and the Department of Tourism, the entire team behind 7107 IMF pulled off a production that will definitely be a platform for even greater events in the country.

Artists performed simultaneously on two stages, from noon until midnight. A variety of music genres were played and danced to by festival goers as they relished the performances of world-class headliners, from The Red Hot Chili Peppers to Kendrick Lamar, Empire of the Sun, and Kaskade.

7107 IMF was definitely able to promote local artists with an international audience, as people from all over the world also flew in to catch the show.