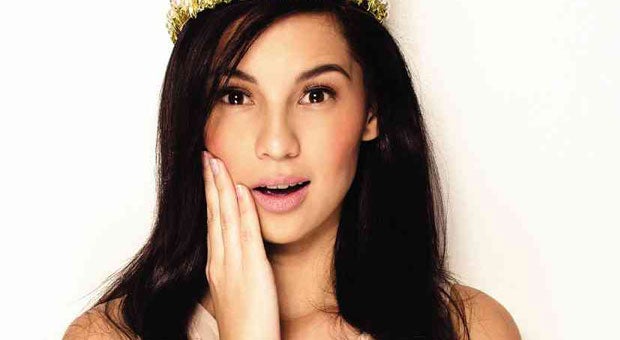 There are lots of young and talented celebrities out there, but only a few manage to prove themselves worthy of fame. One of them is 19-year-old Jasmine Curtis-Smith.

Also known as Anne Curtis’ younger sister, Jasmine has been earning praise for her work as a young actress.

Joining the cast of the indie drama “Transit” was a pivotal moment in her burgeoning film career. Her noteworthy performance in the film earned her the best supporting actress trophy in the New Breed division of the Cinemalaya Philippine Independent Film Festival last year.

Her first lead role was in TV5’s television remake of the 1991 action-romance flick “Ang Utol Kong Hoodlum.” Soon after, she was offered to do films, TV shows and endorsements.

Born in Melbourne, Australia, she first caught attention during her trips to the Philippines to visit Anne. Jasmine acknowledges that her sister’s popularity opened doors for her, too.

There are nine years and a long list of good and bad experiences between them, so big sister Anne never fails to impart tips and tricks on how to survive and flourish in a dog-eat-dog

world. “She has taught me to be patient and kind to everyone at work, and exude confidence, not cockiness,” says Jasmine.

She admits feeling overwhelmed by the good breaks in her fledgling career. “In the three years I’ve been working,” Jasmine says, “it has been a pleasure and a joy to have been given all these blessings.”

Grounded with a strong faith in God and a supportive family, Jasmine is grateful for the opportunities coming her way. She finds inspiration in her mom, Carmen, whom she sees as a strong, determined and passionate woman.

Her current fave actress is Lupita Nyong’o. “She’s utterly beautiful and a source of inspiration for many across the globe,” Jasmine says. The world got acquainted with Nyong’o when she won an Oscar recently for her performance in “12 Years a Slave.”

Jasmine admiration of Nyong’o grew during the latter’s acceptance speech at the Academy Awards show: “No matter where you’re from, your dreams are valid.”

As for her dream collaborations, Jasmine says she would love to work with the likes of Cate Blanchett, Sarah Paulson and Jessica Lange.

This year might be a big one for Jasmine, with two new movies and a show with TV5 coming up. One of the new hats she got to wear was being an ambassador for Miss Teen Philippines.

Jasmine enjoyed her stint as a mentor to the contestants. She told them to “be confident and willing to improve. Everyone has room to improve, including myself and my fellow mentors. Let’s work hard every day to be the best we can be for ourselves and for everyone around us.”

With such an inspiring message, I’d say Jasmine Curtis-Smith is doing a pretty good job.