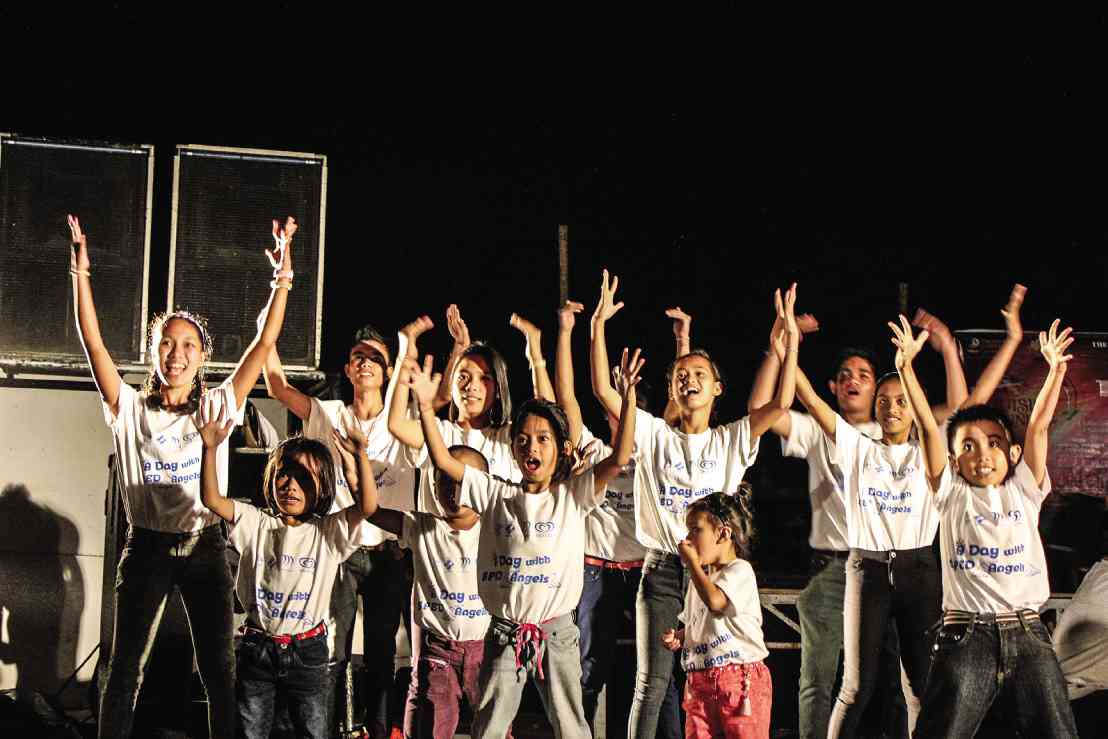 To help in the psychological rehabilitation of communities hit by disasters last years, the National Commission for the Culture and the Arts (NCCA) Committee on Dramatic Arts held Theater on the Edge at the municipalities of Dauis and Loon in Bohol during the recent National Arts Month.

“The event was named ‘Theater on the Edge’ because of the natural disasters that affected our country,” said Lutgardo Labad, head of NCCA Committee on Dramatic Arts. “Our country is in a precarious position and we must be more educated and prepared in dealing with disasters.”

Performances were conducted on the grounds of the former Loon Cultural Center, which was destroyed by the earthquake. Locals were able to witness the performances by different regions for free, with performances centering on disaster awareness.

A repeat performance was made at the Bohol Plaza Resort for special guests.

“What made this theater arts festival different from others is that participants are (theater artists) from different provinces and would meet for the first time,” Labad said. “They would also have to formulate their play and rehearse on-the-spot here in Bohol.”

Also during the festival, Earth Savers, composed of physically impaired actors, performed. The group was founded by Cecile Guidote-Alvarez, who was also a former executive director of the NCCA.

The ensemble was made up of blind musicians, a polio victim, deaf-mute dancers and children with congenital ailments such as Down syndrome.

Alvarez said that she founded the group because she believes that there was a real need to “democratize the right to culture, especially the marginalized as a tool to gain confidence and cultivate their inherent talent to live with dignity.”

Earthsaver’s performances tackle the issues of social isolation and stigmatization suffered by the disabled. They also perform pro-environment acts.

“Aside from training them physically, there is also a need to psychologically coach them that they are capable of performing,” Guidote said.

“If you teach people environmental and social issues without using esoteric terms and scientific language, then they will be motivated to act.”

Theater on the Edge

Meanwhile, performers based in the National Capital Region devised a skit about ordinary Filipinos dealing with natural and manmade disasters, and how, despite the tragedy, were able to take light of their suffering  by taking a picture of themselves with their phones (selfies) and just drinking alcohol.

Meanwhile, performers from Luzon performed a play about a boy who was orphaned when their town was destroyed by a landslide due to incessant mining operations in their area.

Performers based in Mindanao made a short play that personifies disasters and their destruction.

Visayan-based performers made an educational show on what to do during an emergency situation. The audience was encouraged to participate in the show such as covering their heads and ducking for cover during the show.

Unesco director general Irene Bokova said that it was symbolic and important that the event was held in Bohol, which was struck by a destructive earthquake last year.

“Bohol embodies the spirit of resilience that all societies need today, especially those of small island developing states, on the frontline of climate change,” she said.

The event, she added, also shows how solidarity and creativity are essential ingredients to overcome challenges and bring hope and strength to affected communities.

“Arts education has a key role to play in releasing trauma, in promoting, healing and catalyzing positive change,” said Bokova. “Global challenges mean that no State can stand alone, and humanity can only move forward together, guided by shared values and common aspirations for a better future.”