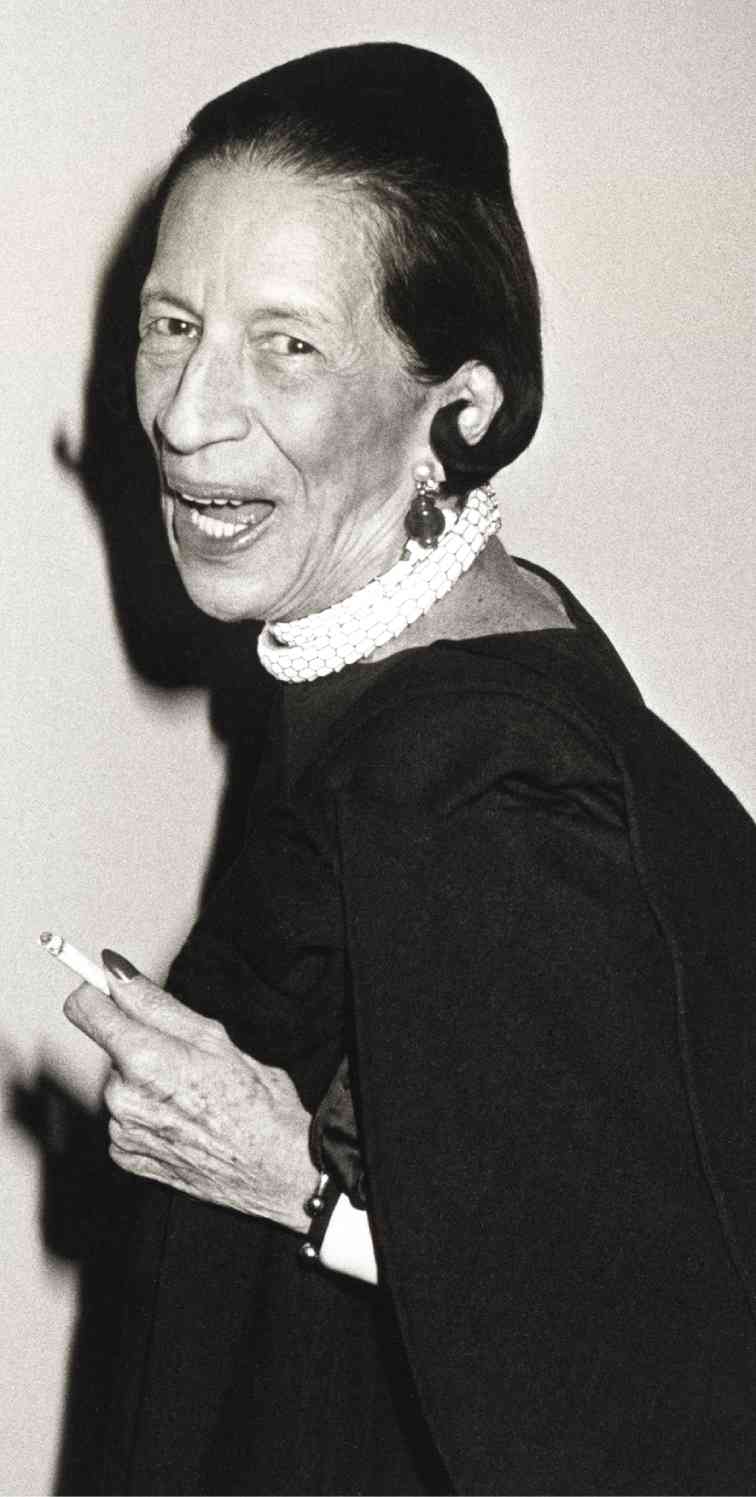 DIANA Vreeland and her custom Bulgari belt worn as a necklace

When she was a fashion editor at Harper’s Bazaar and editor in chief of Vogue, a period spanning some four decades (1936-1971), Diana Vreeland had such a fascination with the serpent form that the reptile would be a recurring theme of her fashion spreads.

It was then fitting that Bulgari loaned key pieces from its famous Serpenti collection for Cherie Gil to wear on the recent fashion night performance of the one-act play, “Full Gallop,” in which the actress played Vreeland. The March 22 performance of the MyOwnMann production, directed by Bart Guingona, was presented with Inquirer Lifestyle and LOOK Magazine. Its fabulous set that left everyone raving was by Joey Mendoza.

Gil’s all-black outfit was the perfect backdrop for the High Jewelry white-gold Serpenti necklace with pavé diamonds, while her wrist was adorned with a Serpenti watch of diamonds and agate.

At the end of a performance that received a standing ovation, Gil acknowledged Bulgari for what she called the “honor” to have worn such precious pieces, and jokingly asked Bulgari country manager Mario Katigbak if she deserved to keep them. (Katigbak arrived earlier that same day from Rome where he attended Bulgari’s 130th anniversary celebration.)

In one memo, Vreeland famously wrote:

“The serpent should be on every finger and

“All wrists and all everywhere…

“The serpent is the motif of the hours in jewelry…

“We cannot see enough of them…”

That penchant would be carried over to her personal jewelry collection. Vreeland, known for wearing outlandish and often oversized jewelry, commissioned a one-off Serpenti gold belt with pink and white enamel and sapphire eyes. True to her kooky form, she didn’t wear it as a belt, but coiled it around her neck twice as a necklace.

“She wore the belt as an instrument that reflected her glamour and dynamic personality,” Nicola Bulgari is quoted as saying.

The first Bulgari snake-shaped coiled watches were first seen in the 1940s, and employed the jeweler’s Tubogas technique. It has been reinterpreted many times throughout the decades, with those coming from the 1960s the beginning of more realistic styles.

The Serpenti was immortalized when Elizabeth Taylor was photographed in the 1962 set of “Cleopatra” wearing a yellow-gold style, the serpent’s head rendered in diamond pavé with

emerald eyes and embellished with a crest of marquise-shaped diamonds.

Under Vreeland, the Serpenti would grace the pages of Vogue for years.