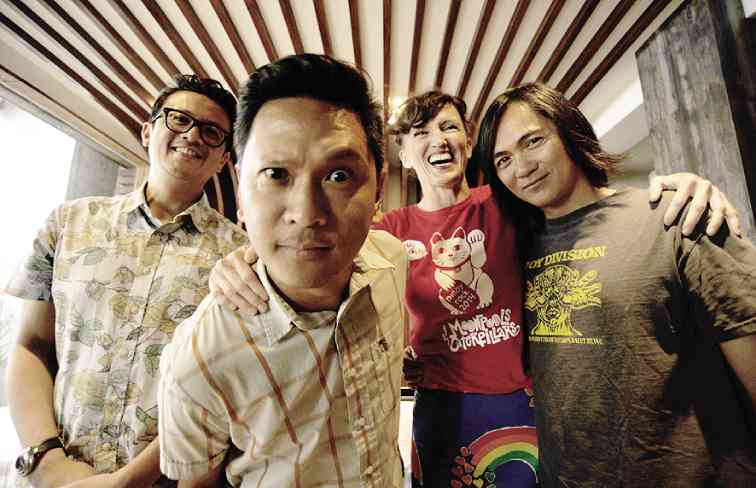 6 things you didn’t know about Moonpools and Caterpillars 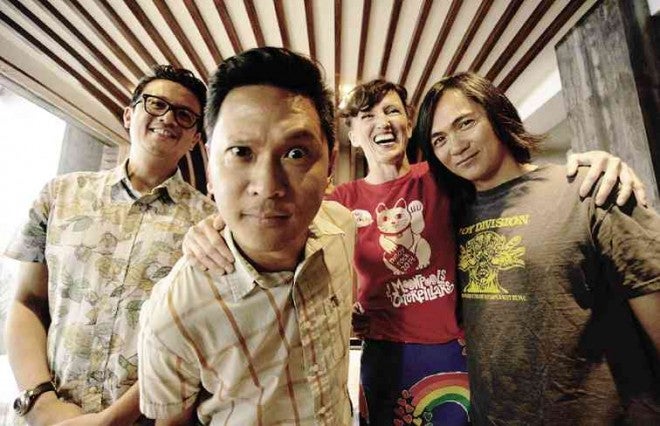 Before Kimi Ward entered the picture, Jay Jay Encarnacion wasn’t just the band’s guitarist, he was also the lead singer. Gugut Salgado, the band’s drummer, joked, “Jay was singing on the demo. We almost broke up actually because he wanted more royalties.”

Kimi, who had started dating Jay Jay in the ’90s (and eventually married him), auditioned for the then-nameless band while sitting in the backseat of a car. Jay Jay said, “Kimi had always wanted to be in a band. We were driving, she was in the backseat and she sang along to Human League’s ‘The Lebanon.’ She had this really great, unique voice, and I invited her to join the band.”

The band originally had a different bass player, a guy named Cris. His fate was changed by a trip to the toilet. Gugut said, “We were playing at a friend’s party. Cris had to go to the restroom to take a quick break and Tim (DePala) was sitting there. Tim could also play so we got him to play the bass while Cris was in the bathroom. That’s where it started. We started writing songs, and three months later we met Kimi.”

The name Moonpools and Caterpillars actually means something, at least to Gugut. The band used to tell people in the States that Moonpools and Caterpillars is a popular Filipino dish, “from Jay’s grandmother that’s been passed down from generation to generation. A coveted recipe,” Kimi said, laughing. “But here it doesn’t work. Here you get the real version, which is we just made it up. We had to get a name because we had a show and we all threw out some words. I think I came up with caterpillars, Gugut said moonpools, and Jay Jay and Tim fought over “and.” At the press conference last Monday, Gugut finally explained the inspiration behind “moonpools.” “Actually, it’s from a cartoon,  ‘Sealab 2020.’ It’s a ’70s cartoon.”

Kimi said, “So the name has a story? I never knew.”

At its first gig at Gugut’s school, the band played five songs, two of them twice. “Two songs twice and there was a drum solo,” Gugut recalled.

“Lots of drum solos! Because we needed to fill an hour, right?” said Kimi, laughing. “It was our biggest rock star moment… It was painful.”

The band and its friends played “disgusting games” while on tour. Asked to give an example, Tim said, “It’s called ‘Guess What You’re Smelling.’ That’s all you need to know.”

Jay Jay said, “And there’s another one called ‘Guess What You’re Touching.’”

Kimi said they taught the whole group how to play pusoy dos and, according to Jay Jay, “The consequences were brutal.”

Kimi said, “I remember our friend Amy, she had this sandal with a Dr. Scholl’s pad in it that she had worn right through and somebody’s consequence was they had to stick their tongue through the hole in the Dr. Scholl’s pad. Don’t ever tour with us.” Pam Pastor