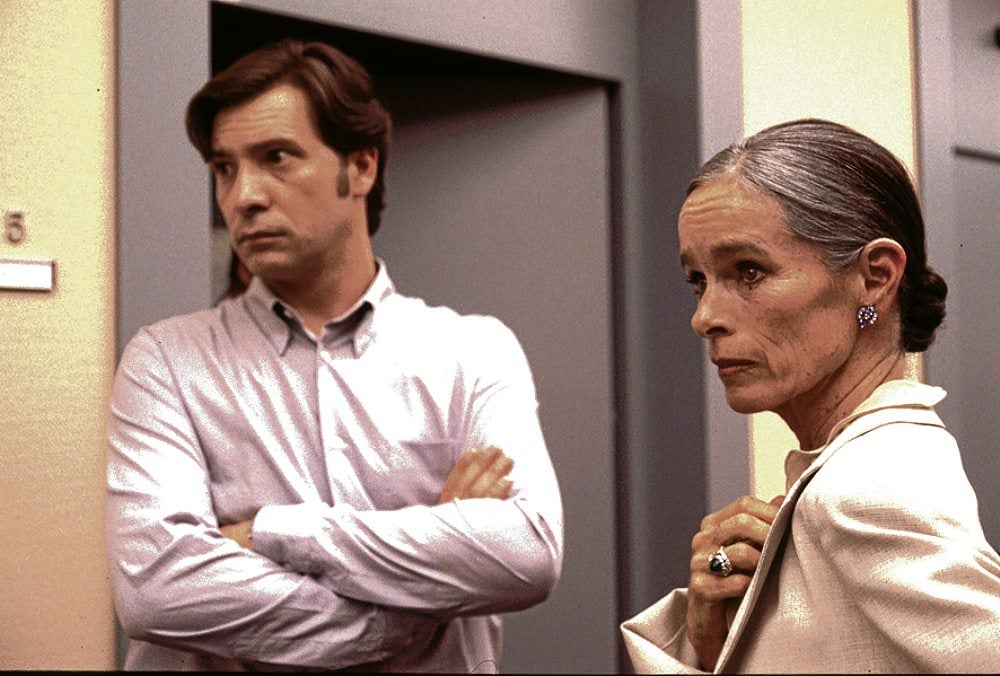 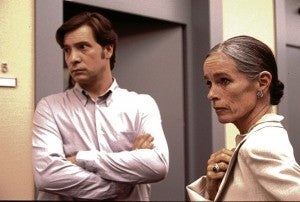 Styled as a science fiction-inflected thriller (at least initially), “En la ciudad sin limites” (In the City Without Limits, 2002) evokes films like “Dark City” and “The Matrix” in its suggestions of parallel universe conspiracies. A dying patriarch, Max (venerable actor and director Fernando Fernán Gómez), suffering from an unspecified tumor, as well as what appears to be progressively severe dementia, gradually convinces his youngest son Victor that there is a vague plot to keep him bedridden and prevent him from delivering a crucial message. He has stopped taking his medication, repeatedly calls a long-disconnected telephone number, and appears disengaged from reality.

Director Antonio Hernández infuses the innocuous events of the opening scenes—an Argentine-Spanish family converging in Paris around Max—with paranoia and ambiguous menace, all jagged cuts, sinister strings and percussion, and portentous looks and glances. We enter the story through youngest son Victor (Leonardo Sbaraglia), who is reunited with the family after a long separation. He stands a little outside his tightly knit family, a stranger able to view the situation from an impartial distance.

Victor soon catches on to his father’s deception and realizes that Max has constructed another existence in his mind, a mixture of the Paris of his youth, when he was a young radical exiled from Spain, and the setting of a dystopian science-fiction novel he is reading—the prison-like city without limits, whose labyrinthine streets grow and change constantly, obscuring the way out.

But this is a film of thirds, whose pieces don’t altogether match or fit, although it ultimately proves satisfying in a homespun, ramshackle sort of way.

Max’s family is tentatively working out how to transition the family corporation in the event of the death or incapacitation of its CEO. This is the movie’s other third—a warm family drama that captures the easy familiarity, antagonism, affection and consternation between grown-up siblings and their extended families.

During the reunion, Victor reconnects with his older brothers as well as their wives, ex-wives, girlfriends and children, and his chilly, somewhat frightening mother (American expatriate Geraldine Chaplin). That the reunion takes place away from home (Max has insisted on being treated in Paris, where he and his wife once lived and met) renders their interactions unfamiliar and uncertain, foregrounding the impossibility of truly knowing another human being, even a blood relation one grew up with.

It’s this creeping realization that drives the movie’s final third—the unraveling of a mystery, and a race to bring long-buried secrets to light while they still matter. Here, the film channels a love for nested-narrative puzzles in the manner of Jorge Luis Borges, perhaps, or Carlos Ruiz Zafon. Although Max has superimposed a past world from his memory onto the present, it is a past that lives on and which can still be accessed, if one knows the key—the enigmatic Rancel, who may or may not be a figment of Max’s dementia.

Fiction and reality overlap in subtle ways, though the surprise here is how fiction proves more crushing and overbearing, an incarceration rather than an escape. Over the passage of time, such a fiction can ossify into a kind of reality, and any attempt to break it down is tantamount to the destruction of the world order.

In the movie’s cold opening, Max flees under cover of night through a building’s filing room, pursued by shadowy guards. He finds his way to the rooftop and clambers up on the ledge, staring out at the cityscape below. He is obviously frail and harmless, a barefoot old man in ill-fitting clothes, and we are not quite sure if the guards intend to rescue or kill him, or if the scene occurs in reality or merely in Max’s imagination. In one hand, he holds a single button, the central object in his obsession, and a telling symbol for this man’s undoing, and his release.

To say any more would be a disservice to the film’s carefully timed revelations. But in its final third, the film makes a (perhaps improbable) turn into a fourth kind of movie, lovely and affecting, and its emphasis on forgiveness has the effect of absolving the rest of its narrative transgressions.

Vicente Garcia Groyon is a teacher and the author of the award-winning novel, “Sky Over Dimas.”