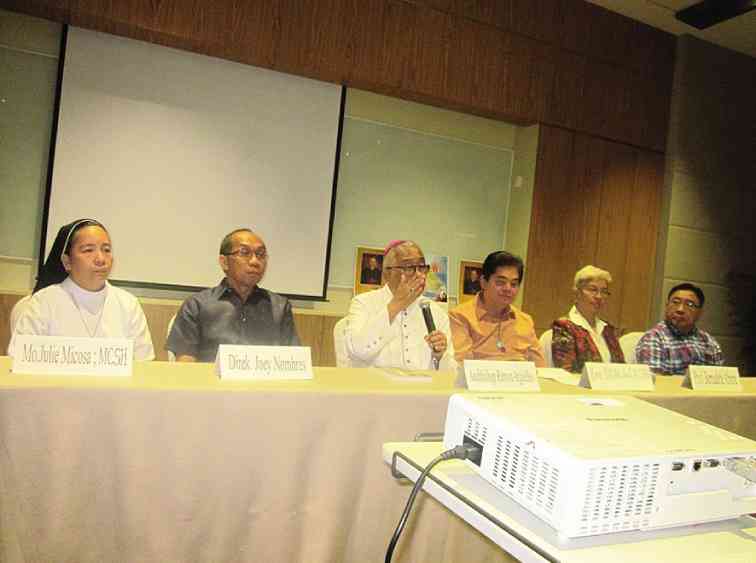 In 1951, six bishops declared that the miracles in Lipa City, Batangas—dramatized by a shower of petals (from roses said to have originated inexplicably from, of all countries, atheist Russia)— were a hoax.

It was heartbreaking news for the ordinary of Lipa, the saintly Bishop Alfredo Verzosa, who first had been skeptical of the miracles. At one point he even wanted to reprimand the nuns and the visionary Teresing Castillo—until the roses fell upon him and he was converted to the cause.

Later, there were reports that the bishops had, in fact, been forced to sign a document declaring there was “nothing supernatural” about the events.

There were also stories that the Church eventually came to the conclusion, albeit unofficially, that the miracles were genuine after all.

But as far as Bishop Verzosa was concerned at the time, the damage had been done.

He suffered a nervous breakdown shortly after, as if to cap his travails which began in Ilocos during the early 20th century when hostility between Catholics and Aglipayans sometimes turned violent.

Verzosa also suffered during World War II when he risked his life helping women forced into prostitution by the Japanese military.

Verzosa was banished, in effect, sent packing to his hometown of Vigan, Ilocos Sur, where he lived in penury and died in 1954 at the age of 76.

Sixty years after his death, a movement to promote the beatification of Verzosa, spearheaded by the Bishop Verzosa Center in Vigan City ([email protected]) has begun.

For starters, a musical on the life of the good bishop, “Milagrosas ng Lipa: Ang Pasyon ni Obispo Verzosa,” by Frank G. Rivera is in the works.

Nombres  added: “Only the message will be serious. Why? Because we want to reach out to the young. Those who audition must have a good singing voice, as this is a musical. But the auditions are open to performers of all ages, male and female.”

The play will open in July at SM Lipa and Samsung Hall, SM Aura, and there will be an English version for performances in the Visayas.