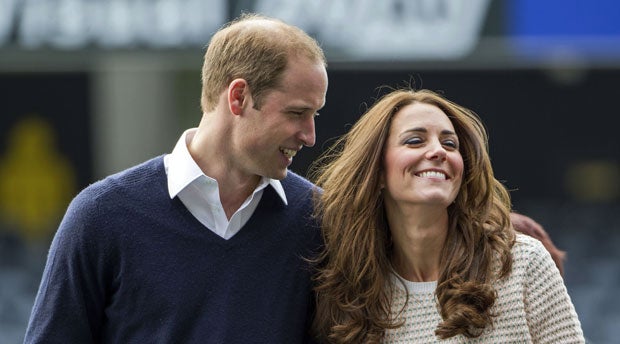 DUNEDIN — Royal watchers were scrutinizing the duchess of Cambridge on her New Zealand tour Sunday, after husband Prince William appeared to hint a second baby is on the way.

The royals’ eight-month-old son Prince George, third in line to the British throne, has been the star of their New Zealand tour so far.

But William suggested during a walkabout in the North Island town of Cambridge there may soon be another royal baby to share the spotlight.

During a meeting with Cynthia Read, who knitted the merino wool shawl which was New Zealand’s official gift when George was born, William said according to several reports: “You might have to make another one soon!”

Read, who immigrated to New Zealand from England eight years ago, was convinced the prince was serious.

“The way William said it was like he was dropping a hint, letting me in on a secret,” she told reporters, adding the duchess said they were delighted with the first shawl “and George wore it a lot”.

Wife Kate was also seen to be sipping water during an evening state reception for the couple on Thursday, fuelling media speculation of a second pregnancy.

The duke and duchess of Cambridge flew to the southern city of Dunedin on Sunday where they attended a Palm Sunday service at St. Paul’s Anglican Cathedral and attended a junior rugby match.

They were later to travel to the resort town of Queenstown where they are scheduled to take a jet-boat ride and visit a vineyard.