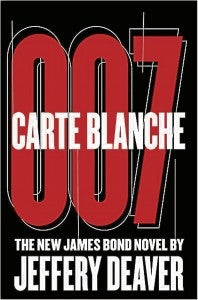 Like any good spy, the British secret agent James Bond reinvents himself whenever the occasion calls for it. The world’s most famous fictional spy has been doing so ever since Ian Fleming first deployed him in the 1953 novel “Casino Royale.”

Through novels, short stories and movies, Bond has reincarnated numerous times, but the elements that made him a hit remain the same: suave with the women, deadly with a good, happy with the perks of the job.

Perhaps the purest expression of the James Bond character remains that in the novels. Fleming died in 1964, but like other famous operatives like the late Robert Ludlum’s Jason Bourne, Bond has outlived his creator. The last Bond novel, 2008’s “Devil May Care,” written by British author Sebastian Faulks writing as Ian Fleming had returned Bond to his origins—the turbulent world of the ’60s.

But there is a new audience for all things Bond, as proven by the re-imagination of the Bond movie franchise, which featured Daniel Craig as Bond and placed him in the current world stage in 2006’s “Casino Royale” and 2008’s “Quantum of Solace.”

The Bond books have been updated as well, and the author, popular American thriller writer Jeffery Deaver, no longer has to go under cover as Ian Fleming. Deaver’s new Bond book, “Carte Blanche,” (Simon and Schuster, New York, 2011, 414 pages) the 37th Bond novel, inserts 007 into the year 2011. “Carte Blanche,” which is French for blank check, reflects Bond’s mission parameters with regards to the British nation. “Protect the Realm… by any means necessary.”

The tense events in “Carte Blanche” occur over a single week. A train accident in Serbia leads to frightening fragments of information: “casualties in the thousands, British interests adversely affected.” Someone known only by the name Noah is planning something big and bloody, classified under the name “Incident 20,” and only Bond can stop him. Bond chases down leads and faces down assailants in Novi Sad, Dubai and Cape Town.

There have been obvious changes. Instead of working for MI6, Bond now works for a new shadowy independent agency with the rather euphemistic code name Overseas Development Group or ODG. Bond’s boss codenamed M is once again male. Q is an entire department instead of a person. Bond doesn’t even have his signature Martini—here, he is trying out a new concoction that he will later call the “Carte Blanche.”

That is one of the little touches Deaver uses to remind us that this gritty new Bond is still the Bond of old. There are the shiny details of the good life around him: Breitling watches, a Bentley Continental, Beluga caviar and so on.

Deaver, an old hand at this kind of thing—see 1997’s “The Bone Collector”—  seems genuinely excited to be working with such exquisite hardware and delivers a taut, if conventional thriller that basically takes 007 for a whirl in the new century. His Bond isn’t as grim as Craig’s movie version, but also isn’t as flippant as previous versions. He is still learning but is utterly professional, more of a spook than an assassin. Deaver’s main villain is vintage Bond: the crooked businessman named Severan Hydt, a tycoon in the recycling business with a taste for things that are decaying and a taciturn handyman known as the Irishman.

“Carte Blanche” is efficient entertainment as Deaver throws in a couple of twists—like the Orange ones Bond prefers in his cocktails—to keep the reader on their feet. More than anything, “Carte Blanche” feels like an official introduction to Deaver’s modern 007; the succeeding Bond novels will most likely be following this exemplar. Consider Jeffery Deaver’s “Carte Blanche” to be a welcome acquaintance, a James Bond whom we’d be happy to meet again in forthcoming undercover adventures.