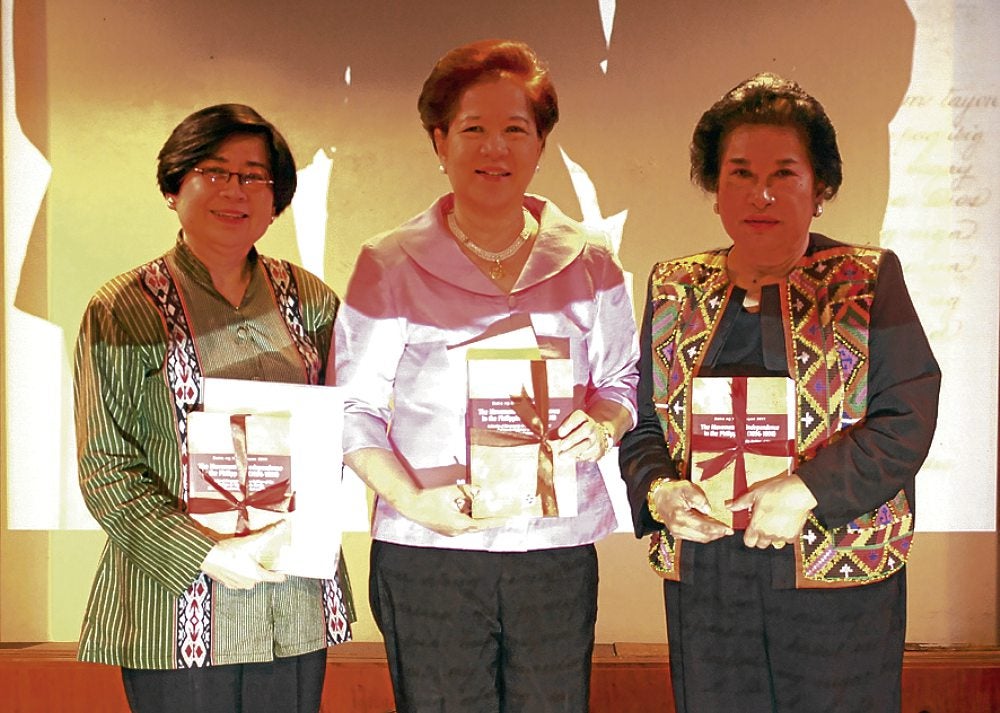 The Calendar of Documents in the Archives of Cuerpo de Vigilancia de Manila,” a guide to the Cuerpo de Vigilancia, a body of documents on the Philippine revolutionary movement, 1896-1898, popularly referred to as the Katipunan and Rizal Documents, was recently launched at the Leandro V. Locsin Auditorium, National Commission for Culture and the Arts (NCCA).

Published by the Philippine National Historical Society (PNHS) through a grant from the NCCA, the book’s launching was attended by scholars, historians, history teachers as well as students of history.

Former NCCA executive director Carmen Padilla briefly detailed the saga of the Cuerpo, saying the existence of the body of documents was brought to her attention by then Philippine Ambassador to Spain Isabel Caro Wilson.

Padilla said the NCCA purchased it in 1996 from Enrique Montero.

She said the late Madrid-based Filipino lawyer-historian and consul Antonio Molina, a former professor of history and law at University of Santo Tomas, had attested to the documents’ authenticity and the legitimacy of Montero’s ownership.

Moreover, Isagani R. Medina and Samuel K. Tan had attested to the importance and value of the documents.

Bernardita Reyes Churchill, executive editor of the book and president of PNHS, said it was in 1997 the NCCA’s Committee on Historical Research broached the idea of providing a brief summary, not a translation, of the documents, consisting of 5,506 pages. She explained the guide would be of great help to researchers on Philippine history.

Churchill said the Cuerpo de Vigilancia was set up in 1895, shortly before the outbreak of the revolution against Spain in 1896, as an intelligence corps of the Spanish government. It was headed by Federico Moreno.

The intelligence reports were relayed to the Governor General through Manuel Luengo, then gobernador civil de Manila.

Indios as well mestizos acted as agents.  Cuerpo closely monitored the activities of residents of Manila and of the nearby provinces; they were suspected of subversion. These persons included not only natives but also Spaniards born in the country and Spaniards born in the Peninsula. Chinese mestizos were also suspects.

Materials contained in the Cuerpo cannot be found in the National Archives, although the latter has some collection on personnel of the Cuerpo, according to history researcher José Custodio.

The importance of the Cuerpo in historical study cannot be overemphasized. Churchill said the information it provided was useful in reconstructing the Revolutionary period, a very significant period of the country’s history, as it deals with the struggle for national independence.

Some of the information contained in the documents may not be accurate, as intelligence data also include rumor or hearsay. The point of view is certainly Spanish as the agents were reporting about the anti-Spanish activities of the indio insurrectos.

As such, Churchill cautioned researchers and urged them to  read the documents carefully.

Equally important is the fact that the documents “provide interesting insights into our history and character as a people,” she added.

The book provides generous summaries of the documents; it is definitely a collector’s item, owing to its scholarly import.

Antonio Hila lectures on  history at the UST Graduate School.