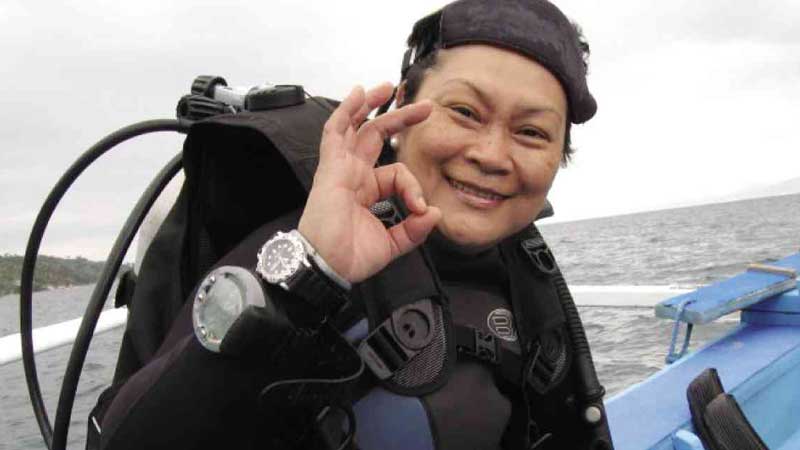 “WE live once.We die once. And we live again forever,” said filmmaker Marilou Diaz Abaya, who would have turned 59 on March 30.

Transitions and resurrection in the performing arts

The performing arts world notes with sadness the passing away recently of artists and writers who dedicated their lives to the blossoming of the arts.

Lanuza, who wrote reviews for the BusinessWorld, was in particular a dedicated observer of the classical music scene.

“To my dear friend, a brother I never had, a partner in crime in both food and music, an advocate for our young artists and for your inexhaustible source for opera, Sir Juan, I will sorely miss you. Now you are in heaven with our great favorites. Send my warmest regards to our idols: Dame Joan Sutherland), Franco Corelli, Beverly Sills, Renata Tebaldi, Maria Callas. Goodbye for now sir, thank you for your friendship.”

We last saw Lanuza in the Manila recital of Korean diva Sumi Jo.

In her Facebook, Maniya Barredo mourned the death of her mother, Alberta Grizelda Imutan Barredo on April 2.

In more ways than one, Mrs. Barredo was the woman behind the prima ballerina. She made sure her daughter realized her dreams.

I see Mrs. Barredo in the face of her sister, Ligaya Salonga, who reared Lea Salonga and Gerard Salonga; of Rosario Licad who raised pianist Cecile Licad; and of Susan Macuja who raised another prime ballerina, Lisa Macuja Elizalde.

Maniya posted her mother’s constant admonition: “I, will forever be with you, in your memories. Whenever you need me to listen, call out to me and I will be there. You may not see me, or hear me, but you will feel my presence. So, just talk to me, I will be listening. Always, Mama.”

Early this year, the music world mourned the passing away of a great conductor, Claudio Abbado, who worked with Licad in the landmark recordings of Rach 2 and Variations on a Theme by Paganini with the Chicago Symphony.

Licad was in tears upon hearing of his demise.

The music magazine, Classic Voice, cited Abbado as the most important of the top 100 living conductors. He succeeded Arturo Toscanini in La Scala di Milan and listening—not dictating —became his trademark. He is quoted to have said, “The most important thing is to listen to each other. That was how a genuine communication could ensue among musicians in a full-scale orchestra, each attending to the others’ instrumental voices. No, the musicians shouldn’t listen to him, but to the music, as he’d say repeatedly: “Many people learn how to talk, but they don’t learn how to listen. Listening to one another is an important thing in life. And music tells us how to do that.”

Wrote her student Nhick Ramiro Pacis: “Ma’am Nita was my piano teacher for six years at the University of the Philippines College of Music. She had a very special way of bringing out the best in everyone as she was a mentor, a second mother, a friend all in one. Her sense of peace, gentleness and compassion in all that she did was incredible and worthy of emulation.”

The late filmmaker, Marilou Diaz Abaya once explained death by quoting a Zen koan, “The joy of raindrop is to enter the ocean.”

Abaya explained the resurrection: “Another anonymous author tells of a salt doll who longed to experience the sea which she had never seen. She travels far and wide before finally reaching the shore. She is awed by the vast, majestic body of water before her. She falls in love with it. She yearns to embrace it, but at first hesitates. So she lets her feet touch the water. She is instantly refreshed. Then as she submerges deeper into the seawater, she finds herself dissolving, bit by bit, until she is totally immersed and united with the sea itself. On her last breath, she exclaims, ‘How lovely is your dwelling place, oh Lord!’  We live once. We die once. And we live again forever.”