Kick off your shoes | Inquirer Lifestyle 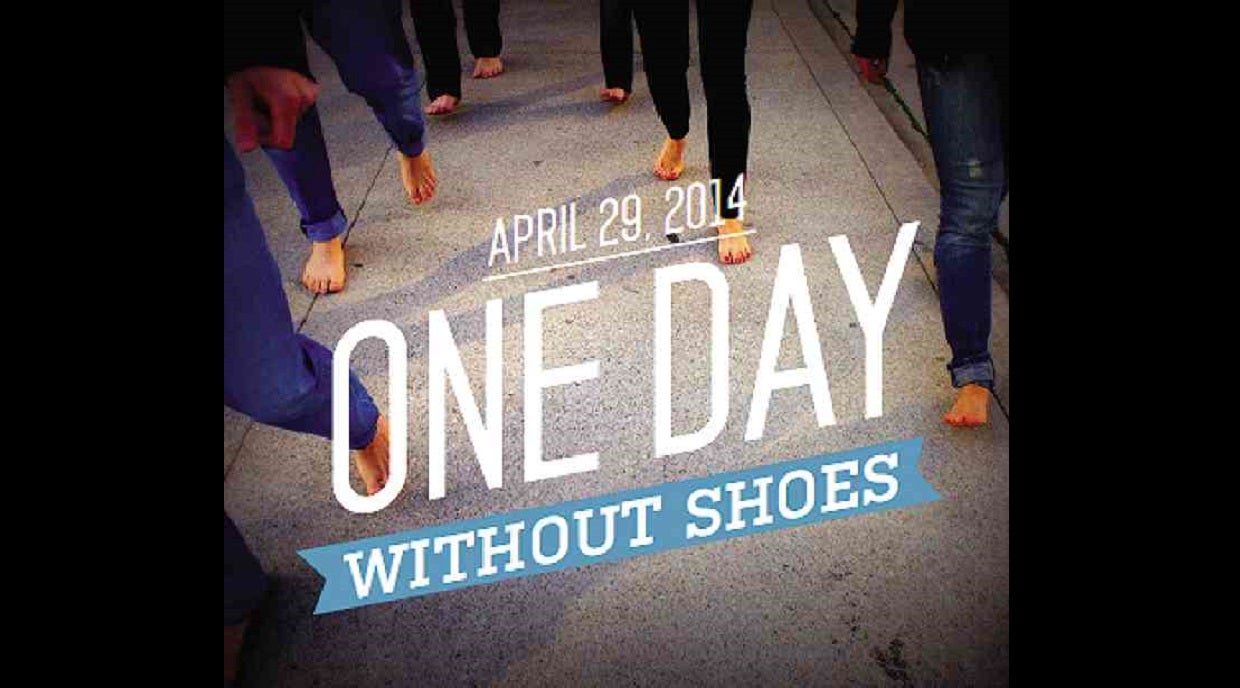 GO BAREFOOT for a good cause

Kick off your shoes

When Dimples Balaguer-La’O stumbled upon a TOMS booth at a trade show in 2008, she was no stranger to retail. The president of Swim Philippines Inc., Dimples had opened the first of her successful Nothing But Water boutiques fresh out of college. But when she first learned about TOMS, an American company that matches every pair of purchased shoes with a pair given to a child in need, business was the last thing on Dimples’ mind.

“I didn’t think about selling,” she said. “I saw its documentary, which talked about giving shoes to children in Argentina and Africa. I thought, why don’t they come and give shoes to kids in the Philippines?”

Months passed. Then one day, while cleaning her room, she found TOMS flyers from the trade show and proceeded to e-mail the company. She got a response. Dimples flew to Los Angeles to meet with its people and soon, Dimples’ company became   TOMS’ second distributor in the world, after Korea. “We hadn’t done footwear before. My goal was to give to the Philippines. We started really small,” she pointed out.

Starting small meant holding pop-up events at Rockwell Power Plant Mall and Alabang Town Center. “We started at 6 a.m., set up the booth and waited for people to start coming in at 10. We stayed until closing. We had a setup of shoes and a TV. We talked to people, I’d have flyers with me. I was like, ‘Hi! Good afternoon! Have you heard of TOMS before?’ That was always my intro. ‘For every pair that we sell, TOMS gives back a pair to a child in need, one for one. Would you like to know more about it?’ They’d sit down, watch the video and we’d ask them, ‘Would you like to buy a pair?’ It was literally one person at a time,” she recalled.

Dimples recruited her cousins and nieces to volunteer, too. “I’d tell my nieces, ‘If you   can sell 10 pairs of shoes, I’ll give you one pair.’ They’re high school kids and a few college kids who were aggressive. We were selling shoes,” she said.

Excited to spread the word about TOMS’ One for One philosophy, Dimples held an intimate launch. “I was so passionate about the giving part, so I invited a hundred friends and family to my mom’s house. It was called TOMS’ Friends and Family Day. It was just a bunch of people eating and talking about TOMS,” she recounted.

On the morning of the event, Dimples’ mother called her. “She said, ‘Are you sure tuloy? It’s raining. And I said, ‘Wala ’yan, Mom, it’s gonna stop.’”

The day of the launch was the day Typhoon “Ondoy” wreaked havoc in the Philippines. Dimples said, “The next day, in the office, I was crying. I said, ‘we have to do something.’”

She called her brother-in-law who is a chef. “I gathered all the food that we were supposed to serve. I asked him, how do we transform this food so we can feed people? My house became a feeding station. Everyone came over, we made food packets—spaghetti, arroz caldo.” Another brother-in-law, who is a pastor, led them to Landayan, a community in San Pedro, Laguna, that was hit by the typhoon, where they fed 500 people. “They had been completely underwater. We went and brought the food there.”

When the people from TOMS’ headquarters asked how the launch went, Dimples and her team told their story. “They said, ‘That’s amazing. You were able to help with the money you were supposed to do the launch with.”

Today, TOMS gives shoes to children in more than 60 countries including the Philippines. (Since 2011, 200,000 pairs have been given to Filipino children including survivors of Supertyphoon “Yolanda.”). TOMS has given shoes to kids in the Bicol Region, Cagayan Valley, Calabarzon, Central Luzon, Central Visayas, Cordillera Administrative Region, Davao, Eastern Visayas, Ilocos Region, Mimaropa, NCR, Northern Mindanao, Soccsksargen, Western Visayas and the Zamboanga Peninsula. They do it through giving partners Feed the Children, AmeriCares, Alessian Missions, Children International Convoy of Hope, nongovernmental organizations (NGOs) that make sure shoes reach the children’s feet. NGOs also hold programs for the children in hopes of giving them a better future.

TOMS doesn’t just give shoes, but also covers the cost of transporting and distributing the shoes. Kids don’t just get one pair, they are given new pairs as their feet grow. The shoes given also depend on the need of the kids—canvas shoes with sturdy soles are used by kids in over 50 countries, while winter boots are given to kids in cold climates.

Since 2006, when Blake Mycoskie started the company after meeting children in Argentina who didn’t have shoes, TOMS has given away 10 million pairs of shoes.

TOMS has stayed true to its devotion to compassion and generosity, expanding globally and adding to its product line. And TOMS Philippines has grown with it. Today, apart from offering new colors and prints of the classic Alpargatas shoes,   TOMS has a variety of styles including boots and sandals,  wedges and flats. There are even shoes for kids and babies.

TOMS eyewear is now available and, for every pair sold, someone receives prescription eyeglasses, sight-saving surgery or medical treatment.

This year, TOMS also launched TOMS Roasting Co. For every bag of coffee purchased, TOMS will give a week of clean water to a person in need. TOMS coffee will soon be available in the Philippines.

TOMS also continues to spread awareness about children’s health and education by holding events like One Day Without Shoes, which will happen again on April 29 at SM Aura’s SkyPark. On that day, people are encouraged to join the movement by going barefoot. “This is about more than shoes,” the campaign reads. “It all starts with a single step.” The documentary “As We Walk” will premiere at the event. Participants at this year’s One Day Without Shoes will get to witness the difference shoes can make in children’s lives through the camera lens of filmmaker Joy Aquino, who chronicled giving trips around the Philippines.

There will also be interactive installations, a lounge, Style Your Sole and art booths, refreshments, a pop-up shop featuring limited-edition items and musical performances from Kai Honasan, Robin Nievera, Hidden Nikki and Sinyma.

Lot of people have participated in this event in the past. Last year, there were over a thousand events in 50 countries, with 500 schools and 230 companies participating. Celebrities like Demi Moore, Charlize Theron, Kristen Bell and Miley Cyrus have joined the movement, with Miley tweeting “I’m going #withoutshoes today so kids don’t have to,” and Demi taking her heels off during a guesting on Jay Leno’s talk show.

TOMS’ founder and chief shoe giver Blake Mycoskie said, “It’s humbling to think that One Day Without Shoes started on a college campus seven years ago, and now we’re seeing participation from thousands across the globe. Join us on this special day—kick off your shoes and call attention to the many children who have no choice but to go without shoes every day.”