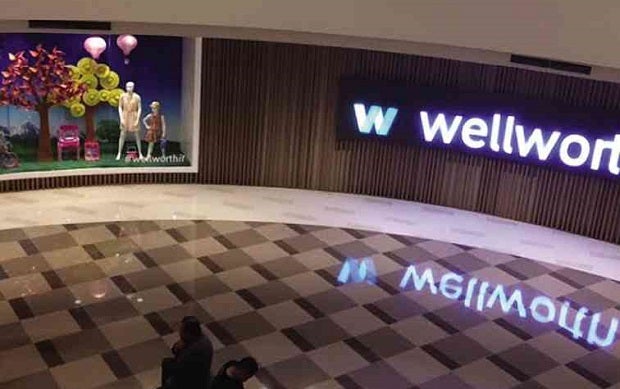 Scarves for P99 each? ‘Macy’s’ for Filipinos? New store hopes to bridge mass and luxury

For people living in the south, Quezon City is a faraway place. To go there requires planning to avoid heavy traffic.

The opening last Thursday of the first Wellworth department store at Fairview Terraces might be reason enough to schedule a trip to the north.

The maiden venture of SIAL Specialty Retailers, Inc., a subsidiary of Stores Specialists, Inc. (SSI), and Varejo Corp., a subsidiary of Ayala Land, Inc. (ALI), Wellworth is positioned as a value-based, mid-market department store chain. While some “national” brands like Lee, Crissa and Reebok are available, it is the competitively priced exclusive brands that are worth checking out.

The selection of bags and scarves sold under the Accents line, for example, is sure to catch the eye of many fashionable yet price-conscious women.

“SSI has had a fantastic relationship with Ayala that dates back to the 1970s. When the opportunity to develop an anchor store came, we took it,” said Anthony T. Huang, president of SIAL and executive vice president of SSI.

Unlike the Rustan’s department stores whose many SSI brands cater to a more exclusive market, Wellworth aims to tap the country’s growing market of aspirational yet price-conscious customers. A second Wellworth store will open at the UP Town Center in 2015.

“For several years now, SSI has been diversifying by bringing in brands like Payless, Stradivarius and Old Navy that appeal to a broader market. Developing an anchor department store like Wellworth was a logical progression,” Huang said.

First-time visitors at Wellworth are sure to notice the wide use of natural wood, either as vertically arranged slats that serve as dividers or as etageres for the merchandise. Instead of exposed lighting that can be harsh and glaring, classier recessed lights and alcove lighting are used throughout the store.

The result is one that is elegant but welcoming.

Designed by Blocher Blocher Partners, an internationally renowned and award-winning architectural and design firm, in collaboration with SSOA (Sonia Santiago-Olivares & Associates) as the local interior designer, Wellworth is, locally, in a class of its own.

Those who have traveled abroad, however, will notice certain signature elements.

She described Wellworth as similar to the Macy’s chain of department stores in the US that carry items catering to the broader market.

“Another way Wellworth is like Macy’s will be the periodic in-store promotions that will hopefully urge more people to come in and shop,” Yu added.

Yesterday, it held a one-day promotion dubbed “Wellworth the Weight,” in which customers received a discount equivalent to their weight in pounds for items priced at least P800. If a shopper weighing 150 lb chose a bag worth P800, she only shelled out P650. Yu said there would be more promotions like these in the coming months.

In the meantime, customers should keep their eyes peeled for Buy 1, Take 1 specials, introductory discounts, Wellworth Wednesdays, and gift-with-purchase promotions.

Huang agreed that Wellworth is positioned like Macy’s to bridge the gap between luxury (Rustan’s) and mass (SM, Robinsons).

At the Fairview Terraces, Wellworth occupies four levels with a combined selling space of 150,000 square meters. The lower ground floor is the children’s section, with toys and apparel from Princess by Wellworth, Tutu Much by Mandy de la Rama, and private children’s wear label Hugs and Kisses.

The upper ground floor has both the cosmetics and men’s sections, with international brands like F&F of UK, Savile Row, Swiss brand Tally Weijl, and footwear brands XTI and Aerosoft.

The second level is the largest of all and carries both the women’s and teens’ sections. Here, one can find brands like F&F, Tokyo Laundry, Thai lingerie brand Sabina as well as local favorites like Bayo and Kamiseta.

Viktor Jeans, which is known for its premium custom jeans, has introduced its first RTW line, VIK.

The accents section carries chic accessories at incredibly affordable prices—scarves for P99.75 each, chic totes for less than P900, for instance.

On the top floor of Wellworth is the home section which includes kitchenware, beddings, decor and Filipiniana.

“We believe that Filipino middle-class consumers have evolved to become more sophisticated, more discriminating and more demanding of their chosen retail stores. We would like to be the store of choice that provides both basics and lifestyle solutions for the modern Filipino family,” Huang said in a statement.