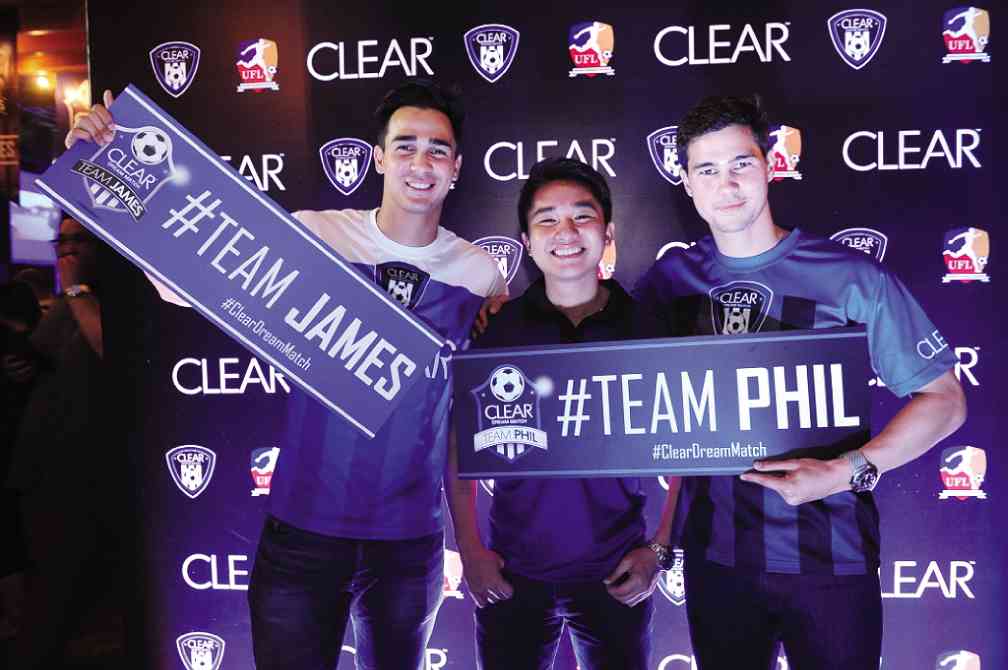 Football players Phil and James Younghusband have been competing with each other as team captains in the annual Clear Dream Match. They will take sibling rivalry to another level by having Manchester United legends Paul Scholes and Andrew “Andy” Cole in their “dream teams” in the coming game.

Unilever, maker of Clear Anti-Dandruff shampoo and conditioner, has been holding the Clear Dream Match since 2012. It is an all-star football competition that has been raising funds for the kids of Tuloy sa Don Bosco Foundation.

Phil won in the first year with a 5-1 victory against James. James’ team beat Phil’s last year with a 4-1 score. So fans and players are expecting a big tiebreaker on June 7 in the University of Makati Stadium. And for that, Manchester United players Scholes and Cole will be on either Team Phil or Team James on the pitch—to be announced upon their arrival in Manila.

Win a trip to Manchester

Fans also get to “draft” their favorites through online voting ongoing until May 6 at www.cleardreammatch.com.ph. The 32 players with most votes will be drafted on May 10 into Phil and James’ teams.    Registered online voters  also get a chance to win a trip to Manchester, England, to watch a Manchester United match.

Clear Dream Match also gives amateur football players a chance to join. UFL will be holding tryouts in Cebu, Iloilo, Davao and Metro Manila. The best six players will play for the teams.

Clear brand manager Drew Copuyoc said the third Clear Dream Match “will be the most competitive game yet, as this year’s voting pool consists of the 50 statistically strongest players in the UFL.”

Part of the proceeds of the ticket sales will fund projects of Tuloy Sa Don Bosco Foundation, a shelter for homeless youth. The Manchester legends, Younghusband brothers and other players will also hold a football clinic for these kids.

Unilever, meanwhile, will provide personal-care, household and food products to the foundation.