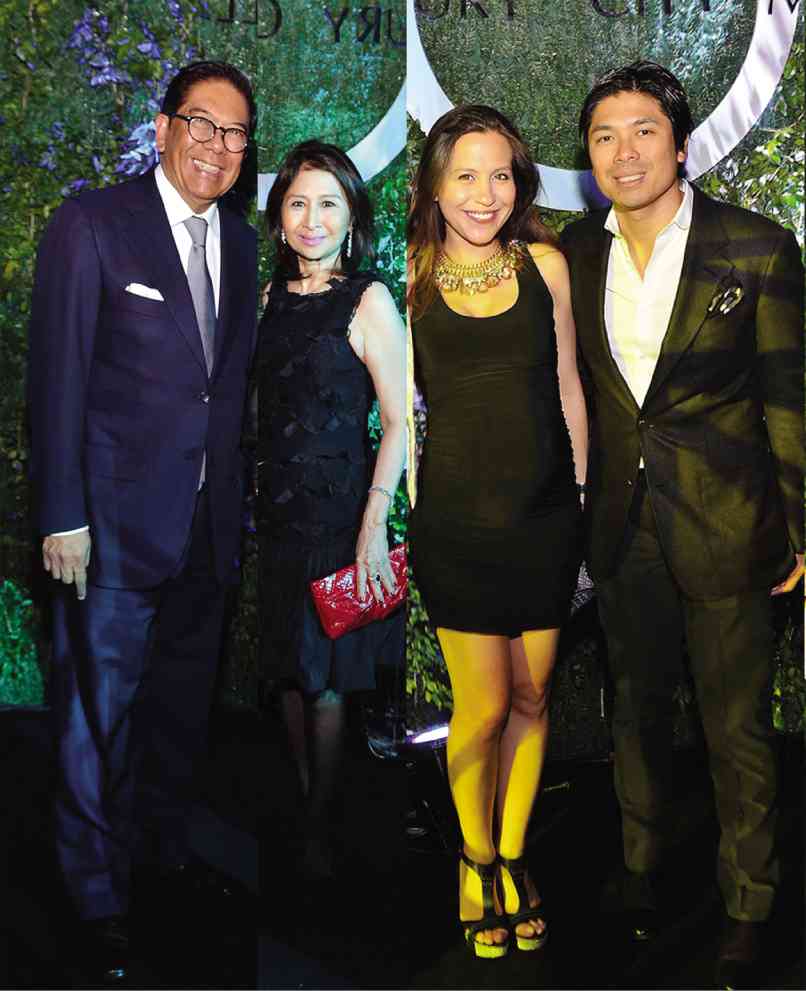 The Century Properties Group pulled off another fab event when it gathered our town’s cream of the creamiest at the grand launch of Century City Mall—the ultramodern five-story boutique mall on Kalayaan Avenue, Makati City.

The highlight was the futuristic fashion creations by young Filipino designer Francis Libiran. As Century Properties chief operating officer Marco Antonio put it, Libiran’s designs “reflect the energy, vibe and global spirit of Century City Mall. This mall is a showcase of Century Properties’ passion and creativity as a developer.”

Marco shared the moment with his brothers Jigger, Robbie and Carlo, all achievers in their own field connected to Century Properties, as well as his parents, Century Properties chair Jose E.B. “Joey” Antonio and Hilda Reyes, no less.

“Century City Mall serves as an exciting new complement to the current retail centers in Makati City,” said general manager Graham Coates before the start of the fashion show.

As the models walked the runway, the mall turned on its interactive multimedia water spectacle, providing a well-choreographed show with music, lights and fantastic water fountain effects.

Joey and wife Hilda then went up the stage. “In building its flagship mall development, Century Properties delivers once again the world-class standards it has applied for our high-profile residential projects: the Essensa East Forbes, Trump Tower, the Milano Residences, the newly turned over Gramercy and Knightsbridge Residences, plus the Azure Urban Resort Residences,” he said.

Then, it was time for the grand fireworks display, with Makati’s skyline and high-rise buildings as backdrop.

Après that, I rushed over to another happening, palangga.

It is acknowledged the world over as “one of the finest, ultra-premium tequila brands and counts music legend Carlos Santana as one of its proud owners and United States President Barack Obama as one of its most avid aficionados.”

As Edwin Francis Ong, president of Global Noble International Corp., the exclusive Philippine distributor of Casa Noble, said, “We are proud and honored to have Tim Yap as Casa Noble’s brand ambassador. He really knows his tequila and fully appreciates the tradition, the heritage and passion for quality that the brand stands for. And being a premium brand, we have gone the extra mile by making it available online with free delivery right at your doorstep at gurkka.com.”

Well, I ordered a full case of six, which promptly arrived as, Mr. Ong said, right at my doorstep.

Shangri-La Plaza toasted its partners at the Retail Partners Appreciation Night held recently at the Isla Ballroom of Shangri-La Edsa.

remarks. “Of course, we are very pleased to have our tenant and retail partners join us in this special occasion, as each of you has significantly contributed in making the signature Shang experience more memorable for our mall guests.

“With our partners onboard, Shang continues to bring shoppers endless lifestyle pleasure that they can experience amid the mall’s wonderful architectural design and efficient and organized layout that seamlessly connect the merchandise zone from one wing to another,” she concluded.