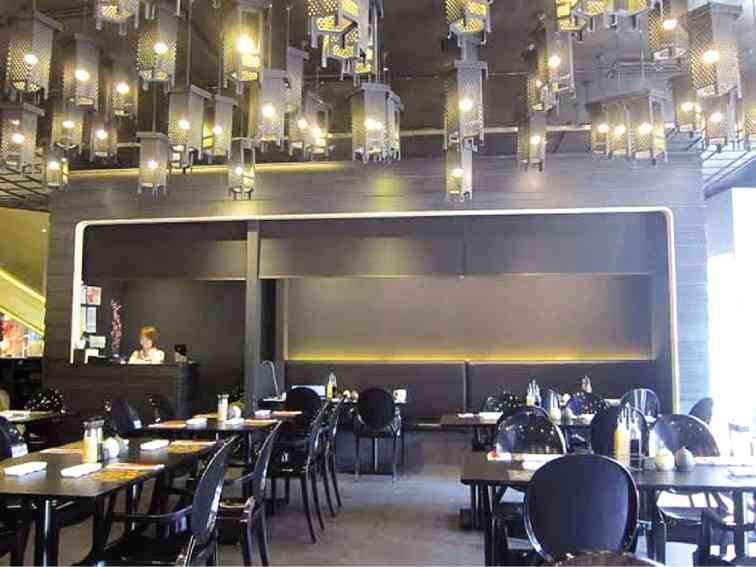 For gourmands on the lookout for the latest, the restaurants at the East Wing of Shangri-La Plaza show much promise. Many of them are concepts from existing restaurateurs, while others are new entrants in the restaurant industry.

During a recent food trip to the mall’s new extension, this writer sampled some of the treats at Kettle, which offers comfort food in huge, made-for-sharing portions. Chef Chiloy Santos took an eight-month course at the International School for Culinary Arts and Hotel Management (Ischam), trained at The Peninsula Manila, and now still works for the group behind the Tender Bob’s restaurant chain.

“We were approached by Shangri-La Plaza and asked to come up with a new concept, one that revolved around comfort food,” Santos said. He and his team then listed down dishes they felt fell into the category. The resulting menu at Kettle includes hearty sandwiches and a lot of meat dishes, since Tender Bob’s is also known for its meat selection.

Since the resto’s opening, the bestsellers have been the buttermilk fried chicken served with cornbread, and the Pork and Potato Strips. The latter comes as a mountain of thinly cut fries, redolent of truffle oil. Inside are bits of pork that add to the decadence.

We were instructed to get a handful of the fries and place it on our plates instead of pinching off a bit here and there, and trying not to make a mess. Apparently, the “mess” is part of the dining experience.

“We really didn’t expect the chicken to be the bestseller but it has won fans even from those we didn’t expect could polish off an entire plate,” said Santos.

A ladylike businesswoman came to Kettle two days in a row and ordered the chicken. “Her only request was that the chicken be served to her one piece at a time, not all at the same time,” Santos said.

Other items worth trying out are the Gambas, made heartier with the addition of chorizo; Kettle Grilled 4-Cheese sandwich with gruyere, fontina, cheddar and Parmesan; and the indulgent Steak and Marrow, perfectly cooked steak with roasted, herb-crusted bone marrow.

Before the end of the year, two more branches of Kettle are expected to open in Makati and at The Fort.

A couple of restaurants away from Kettle is Kimukatsu, one of the most famous pork cutlet restaurants in Japan. This is its first

Philippine branch; there are branches in Tokyo, Osaka, Yokohama and Sendai as well as in Korea and the US.

First-time diners expecting a solid piece of meat will be surprised to find layers of thinly cut lean pork oozing with flavor. Favorites include cheese and black pepper, but more experimental diners can opt for the yuzu fruit (citrusy) or the sour plum and shiso (astringent).

“As an established upscale lifestyle destination, we recognize the need to constantly bring in new concepts that cater to our mall guests’ evolving needs,” said Lala Fojas, executive vice president and general manager of Shangri-La Plaza Corp., in a statement. “Part of this is introducing distinct dining experiences.”

Aside from the two restaurants we sampled, other dining establishments at Shangri-La Plaza East Wing worth scheduling another visit for include Corazon (Filipino-Hispanic cuisine), Ganso-Shabuway (Japanese-style hot pot), Spatzle Euro Market Café and Green Pastures.