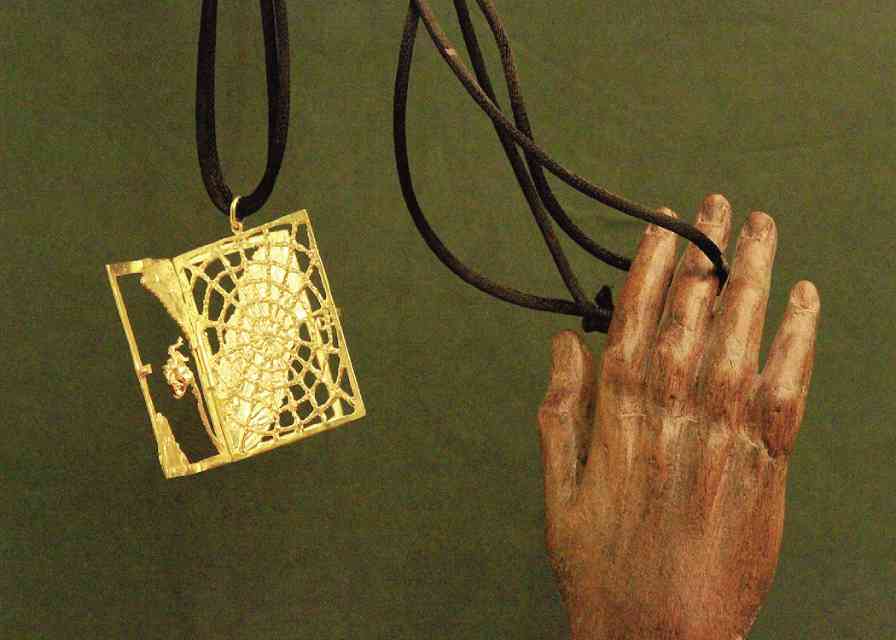 Book with flowers and butterfly, birdcage with a heart–Wynn Wynn Ong creates charms with surprises 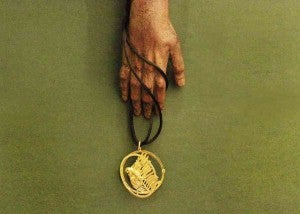 When designer Wynn Wynn Ong was rebranding her jewelry line, a 38-year-old client expressed her fascination with the pendant of

a naked fertility boy with a tiny weenie, which was a sculpted version of a 19th-century Chinese antique symbol. Several years into her second marriage, the client had infertility issues. Hoping for luck, she bought the pendant. Three months later, she excitedly told Ong that the charm had worked. The client finally became pregnant.

What was in the power of the fertility boy?

“That size ain’t going to do it,” says Ong in jest.

Even to people who aren’t fond of fine jewelry, charms have their own allure. They convey history, personality, sentiment and optimism. Charms are usually given as presents to mark a

milestone or to serve as a memento of a loved one. Mothers bequest charm bracelets and lockets to their daughters for sentimental reasons.

Ong’s collection for Firma at Greenbelt 3, titled Secrets, has pendants and charms that reveal surprises. Made of brass and silver and plated in gold, a pumpkin, for instance, opens up to silver seeds. A golden hen comes out with silver eggs, a bunch of bananas releases a monkey, while a hive charm unfastens into a bee.

“These are not straightforward charms,” says Ong. “They involve handwork, and are conversation pieces. Because charms do come empty, how do we offer them something else?”

She presents charms that reveal something, such as a bird cage with a heart inside, a lemon that presents a limoncello drink and an orange with vitamin C tablets. An apple charm, meanwhile, manages to conceal minute Biblical figures of Adam, Eve and the snake.

“The greatest secrets are always hidden in the most unlikely places,” says Ong.

Aside from wit and design, these charms and pendants are valued for their artistry and meticulous execution. The fine details have been fashioned with dental tools. They are like miniature sculptures in 24-karat gold-plated metals.

Ong also applies the ancient technique called lost wax-casting. Molten metal is poured into a mold that has been made from a wax model. Once the mold is cast, the wax model melts and is drawn off.

The chain bracelets, made of double links, look deceptively simple. The bracelets are classic yet they are not ordinary chains. When you do a bracelet for charms, there is a limitation to doing links. They are usually round. But Ong’s are twisted, braided and formed into loops.

“They are designed in inverse hoops,” explains Ong.

“People associate my jewelry with things that are extremely complex. They have said these are heirloom pieces, but they want pieces that could be worn with jeans,” says Ong.

For those who prefer high-impact pieces, the bigger creations are the storybook pendants which have their own revelations. One sculpted book bares open to flowers, a hummingbird and a butterfly, encrusted with a faceted pink sapphire marquise. Another storybook pendant features Ong’s repeating motif, the gecko, set with a green tourmaline brilliant eye.

A former literature teacher, Ong also writes about the charms and their revelations.

“Each woman guards a key to her most treasured memories. This key may resemble anything ordinary or mundane, a personal artifact that is made special by our attachment to it. Only the person who holds it dear can unlock the secret behind it, the hidden meanings and languages spoken by the children who have outgrown them. What is it to harbor a secret? Something between the bearer and an object of significance, something covert and wistful. Words unspoken, ties bound in silence. In every charmed life lies a hidden key to a secret that creates a bridge between the commonplace and a world of infinite possibilities.”