‘May the Fourth’ be with you | Lifestyle.INQ ❮ ❯ 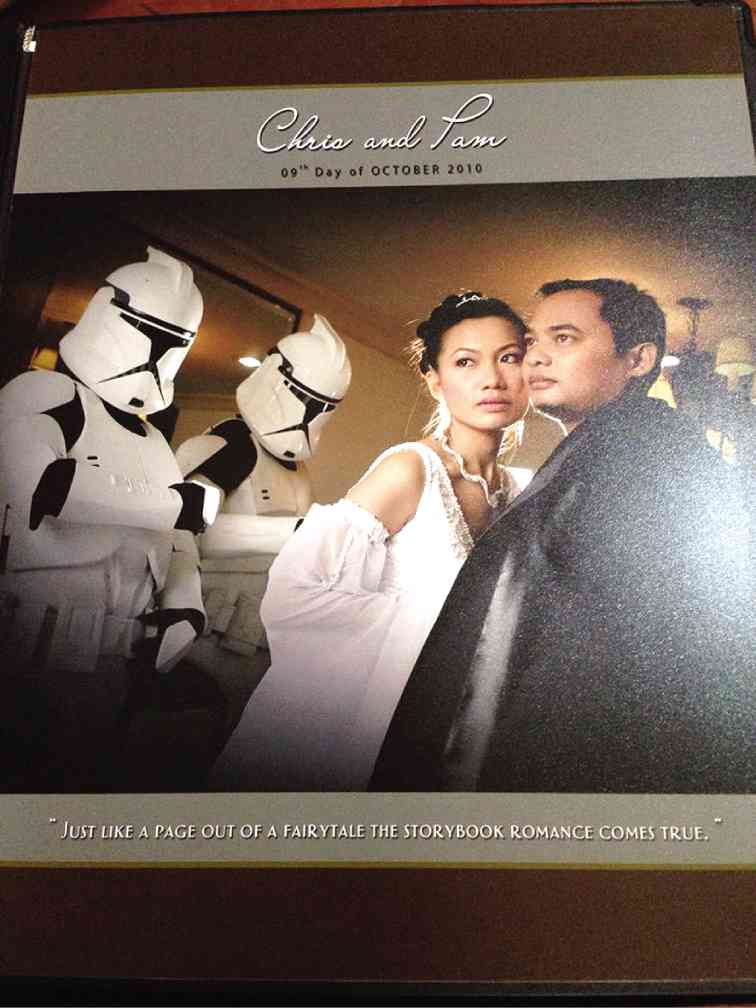 ‘May the Fourth’ be with you

By now you’ve heard the greeting or seen it online. “May the Fourth be with you!” cry fans of the decades-old space odyssey, “Star Wars.” Whether you got to know the original trilogy when you saw it in theaters or you were introduced to the saga by way of the prequels, you and your friends have probably greeted each other on the fourth of May every year, announcing to the whole world how much you love this epic galaxy that George Lucas created.

My own journey across the stars did not start inside a dark theater, or when Annie met Padme on Tatooine. Rather, it began in the Middle East, when I was 5 years old. My mother and I had flown to Riyadh, Saudi Arabia, to join my father, an OFW.

While mother slept through her jet lag, father sat me down in front of the TV, putting large headphones over my little head and playing “Star Wars: A New Hope” on Betamax. I had never seen such a thing before: a brave princess, numerous soldiers in white following the orders of the fearsome Darth Vader and a mysterious magic known as the Force. From the moment I saw the Tantive IV racing across the stars, trying to escape the Empire, I was hooked.

“Star Wars” had always been a family affair. After dad introduced me to the saga, I made my brother watch the original trilogy, even though he was still in diapers. When we were in San Francisco in 1994, we encountered the “Magic of Myth” exhibit, and mom insisted we see it. So, it was unparalleled joy when I discovered that so many people around the world loved the saga as much as I did.

In 2003, I joined the Star Wars Philippines fan club. That’s where I met my future husband, Oneal. We married in what our friends call an epic Star Wars wedding. With Oneal and many others, I joined the 501st Legion, an international organization of Star Wars fans who wear the costumes of the bad guys.

Many in the 501st dress up as stormtroopers, clones, biker scouts, Imperial officers, Sith Lords and other villains in order to raise funds for charity. We do this throughout the year, in over 50 countries worldwide.

With over 200 members of the 501st, I marched into the 2007 Tournament of Roses Parade in Pasadena, California, where I met Star Wars fans from Italy, Mexico, Taiwan, Japan, the United States, Canada, Australia and other countries. I got to meet the Maker himself, George Lucas, and I babbled a stunned “thank you” as I shook the hand that wrote the story of a galaxy far, far away.

Though every day is Star Wars Day for the 501st as well as sister organization the Rebel Legion and many others, May the Fourth (May 4) is when the rest of the world joins the celebration.

“May the Force be with you” is what people in the “Star Wars” movies say to each other, meaning “good luck”; these days, “May the Fourth” has become the favorite expression of Star Wars fans.

According to StarWars.com, “One of the earliest known records of ‘May the 4th’ in popular culture is in 1979.” On that day, Margaret Thatcher became Britain’s first woman prime minister. “To celebrate their victory, her party took a half-page of advertising space in the London Evening News. This message, referring to the day of victory, was ‘May the Fourth Be With You, Maggie. Congratulations’—further proof of the extent to which Star Wars has influenced us all.” Steve Sansweet, one of the biggest Star Wars collectors worldwide and former director of fan relations for Lucasfilm, wrote an entire blog entry about it on StarWars.com.

The Internet has been credited with connecting people around the world, and it was probably online that this phrase grew to the popularity it has today. Now, May the Fourth celebrations have popped up everywhere, even in the Philippines.

Love for this galactic story blooms not only in Manila. In 2010, lawyer Chris Bacus married Pamela Adriano in a Star Wars-themed wedding in Cebu, complete with clone troopers marching down the aisle.

Chris and Pam are among the founding members of Star Wars Cebu (SWC), a fan club founded in November 2011. Cebu Rep. Luis Quisumbing is one of its active members, and he boasts an impressive collection of Star Wars memorabilia as well.

SWC has been active in the Cebu geek scene, participating in the Sinulog festival, staging exhibits and promoting a love of collectibles and costuming among Cebuanos. In 2013, it celebrated May the Fourth with a dinner illuminated by lightsabers!

Though SWC has been doing charity work since its inception, the club outdid itself in 2013. When Supertyphoon “Yolanda” struck Eastern Visayas, SWC members banded together to raise funds and collect relief goods for the survivors.

SWC will be joining the big celebration in Manila on May 3 and 4. We’ll all be trooping with the rest of the Philippine Outpost of the 501st at Resorts World Manila (RWM).

Watch out  for the costume parade, games and prizes, and a chance to have your picture taken with Darth Vader and the troops. Join us in your best Star Wars costumes!

The Indonesia Outpost is also holding a two-day celebration in Jakarta’s Kuningan City, with toys and art exhibits, a rare toys auction, and a lightsaber demo. It is also hosting Roxy the Rancor, a fan-made life-sized replica of Jabba the Hutt’s favorite pet. Roxy has been traveling the world and will be arriving in Jakarta just in time for the event.

In case Roxy is a little overwhelming for kids, you can play Blast-a-Trooper with the 501st: Shoot at the lovable grunts with Nerf guns, and you can win a prize.

All over the world, the 501st, the Rebel Legion and many other fans will be sharing their love of “Star Wars” with their costumes, games, toys and movie marathons. Some will be giving away Star Wars comics, while others might swap copies of the New Jedi Order with strangers.

Others might hold contests or play Star Wars board or card games. Perhaps somewhere in the galaxy, there will be a Star Wars wedding taking place.

Wherever you are, whatever the weather, if you love “Star Wars,” May the Fourth is the day you can celebrate it with the rest of the world.

Remember, the Fourth will be with you. Always.