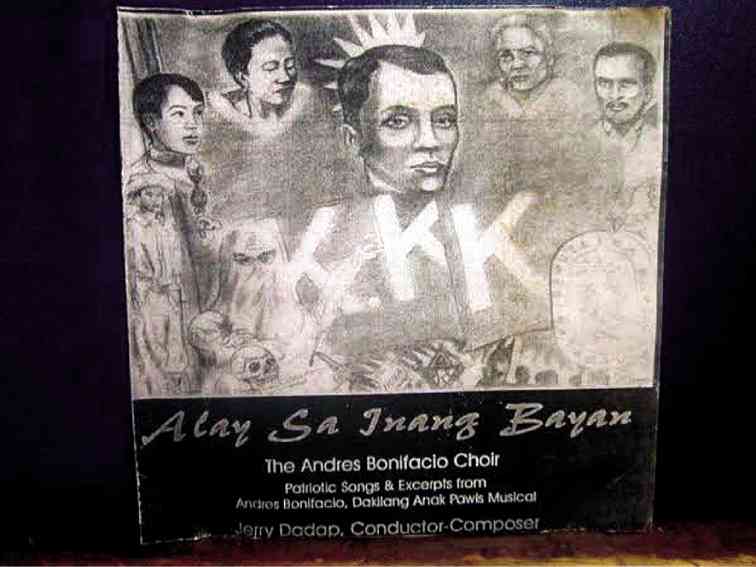 In Cavite on May 10, 1897, Andres Bonifacio, founder of the Katipunan and our second greatest hero, met a cruel, painful death at the hands of Emilio Aguinaldo’s Magdalo partisans. Also killed were his brothers Procopio and Ciriaco.

The Supremo’s remains were never recovered.

Scholars could not agree on the exact place where Bonifacio was murdered. For Teodoro Agoncillo it was in Mt. Tala, and for Santiago Alvarez it was Mt. Buntis.

As far as the townfolk of Maragondon are concerned, the assassination took place in Mt. Nagpatong.

“There is a new controversy,” says historical researcher Fe Buenaventura-Mangahas.

Until this is verified, the official date of Bonifacio’s death is May 10. And on that day, there will be rituals and a concert to mark the 117th anniversary of the tragic event.

“This will be the first time that there will be rituals to honor the Supremo,” declares  Mangahas.

The rituals and concert will be held at the historical and well-preserved church in Maragondon, near the museum known as the Bonifacio Trial House. It was here during his trial that Bonifacio, wounded physically and emotionally, asked the court to investigate the “sexual molestation” of his wife, Gregoria de Jesus, by Col. Bonzon of the Magdalo faction.

The issue remains unsettled after 117 years.

First staged at the Cultural Center of the Philippines with a cast of 200 in 1979, the musical was composed by Dadap, a history buff and an admirer of Bonifacio since his student days in Southern Leyte.

The librettists that time were the late Dionisio Salazar and poet Rogelio Mangahas. This time, Cavite Gov. Juanito Victor Remulla and Maragondon Mayor Reynaldo A. Rillo will be the special guests at the concert-rituals, along with the Maragondon Teachers Chorale.

A highlight of the event will be the rendering by tenor William Serrano of the aria “Ang Katapusang Hibik ng Supremo,” a poem by Mangahas set to music by Dadap.

Justice at last for the Supremo? Will his spirit finally rest in peace now?