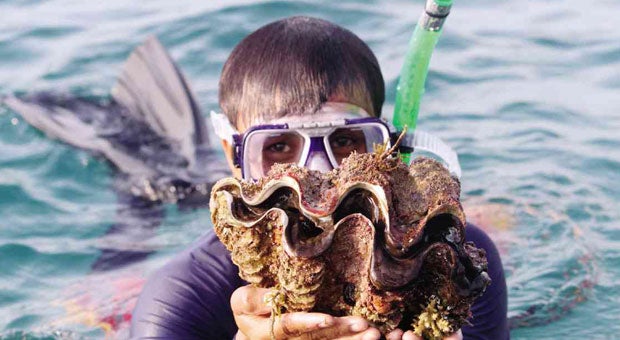 MASINLOC, Zambales—If you are looking to enjoy an unusual travel experience in Luzon without having to hop on a plane or a ferry, the five-hour drive from Metro Manila to this northern town of Zambales province may be well worth the time and effort.

Many tourist destinations have capitalized on the ecotourism hype, but the rustic coastal town of Masinloc is clinging on to its own winning formula—nature tourism and the community’s sense of self-reliance.

Masinloc lies 230 kilometers northwest of Metro Manila and 110 km from the Subic Bay Freeport. It is home to the disputed Bajo de Masinloc (Scarborough Shoal) and the indomitable spirit of residents who are proof that tourism can be a powerful conservation tool.

Olive Gregorio, municipal coastal resources management officer, says the Masinloc Bay Ecotour is not for those who prefer the comfort of air-conditioned hotels and amenities found in seaside resorts.

“It is for travelers who are looking for two things: access to unique areas that most tourists do not know about, and a way to help improve the quality of life of people and places they visit,” she says.

The tour, which starts at 9 a.m. and ends at 4 p.m. when bay waters are still calm, has three main attractions that may be enjoyed in one day since these are located next to each other.

Beth Sarmiento, secretary of Samahang Pangkabuhayan sa San Salvador, the people’s organization (PO) in charge of this destination, says the MPA used to be a “dead zone” of corals destroyed by dynamite and cyanide fishing.

“More than 10 years ago, there was an alarming decline in fish population so fisherfolk and residents sought the help of the University of the Philippines Marine Science Institute in Pangasinan to mitigate the threat,” she says. Now it has become a coral farm where the taklobo species are restocked and reseeded before they are transplanted in identified areas within the island’s 127-ha territory.

Today, San Salvador Island holds the distinction of being the first community-run MPA and a model for coastal resource management in the country. The PO works with the local government in documenting the population of giant clams, stingrays and various reef fish found there.

Standing on a sandbar in the middle of the blue and clear bay waters is a beach house that locals call “Bacala.” The structure was built by the local government and is a favorite part of the tour. From the taklobo and coral farms, this is where the touring boat stops for lunch and swimming.

Here, visitors may sample Masinloc’s native fare, usually the fresh catch of the day—fish, shrimps, rock lobsters or crabs, steamed or fried, and stacked on banana leaves by reef rangers.

Steamed vegetables or the local version of pinakbet, and fresh ararosip (a variety of seaweeds that may be harvested from the bay all-year round) complete the meal. When in season, ripe and green mangoes with bagoong (shrimp paste) are also served. Visitors with children particularly enjoy swimming in Bacala since the shallow water is safe even for nonswimmers.

The third and last highlight of the tour is the Mangrove Forest Adventure. From Bacala, it is only a 15-minute boat ride to Yaha, a 9-ha islet of mangrove forest in the middle of the bay. Yaha is one of the few places in the country where a hybrid species of mangrove known as bakawan lalake and bakawan bato or Rhizophora lamarckii could be found, according to the Integrated Coastal Resources Management Program.

Like the San Salvador sanctuary, Yaha is one of the four MPAs on Masinloc Bay. The other two MPAs are the 50-ha Bani, one of the best dive sites in Zambales, and the 20-ha Panglit Island, where a 5-ha ranching site for sea cucumbers is located.

Since Yaha is part of Panglit Island, reef rangers cover this part of the tour. From the big boat they transfer their guests to smaller canoes with flat bottoms, with three persons in each canoe, for the next adventure that takes them deeper into the verdant mangrove forest.

The reef rangers push the smaller boats, steering their poles along the trails, taking care not to hit sea grass plantations where seahorses thrive. Once in a while, excitement breaks out among their passengers at the sight of marine creatures swimming alongside their canoes.

As the tour progresses, a reef ranger points to a rabbit fish, scoops a seahorse from the water, sometimes a sea cucumber (balat) or a baby sea urchin (tayong), and explains their behavior and how they live in these habitats. The reef ranger then gently puts them back into the water.

As the day ends in Yaha, tour participants return to the tour boat that takes them to a dock near the public market, where they can buy the freshest catch of the afternoon at low prices.

A regular day tour package costs P610 per person, with a minimum of 10 people per group. The fee includes lunch, boat transportation, entrance fees to the attractions, and snorkel and fins.

One may opt to choose the package that does not include food, at P410 per head. The optional overnight stay on San Salvador Island costs P1,200 per person. This includes three meals from dinner to lunch the next day.

(For more information on schedules and guided tour arrangements for the ecotour, contact Olive Ebido-Gregorio of Masinloc municipal coastal resource management unit at these mobile numbers 0915-212 7229 or 0918-5719162. For other details, visit www.ecotourismphilippines.net.)

Paradise found on islands of giants