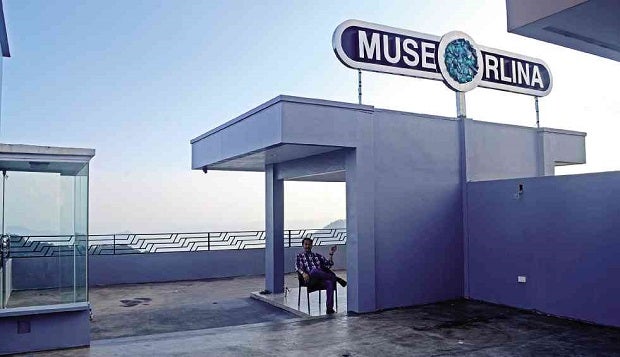 Include art discovery in your to-do list in Tagaytay

Day trippers to Tagaytay used to make the drive in time for lunch in their favorite restaurant that gives a view of Taal Volcano. After a leisurely meal and a few minutes spent haggling for fresh fruits at the stands lining the main road, they would make their way back to the city.

With the formal opening of Museo Orlina, visitors to Tagaytay can now add it to their to-do list. The museum put up by artist Ramon Orlina features many of his glass sculptures as well as pieces by other leading Filipino artists.

Orlina is considered the pioneer and foremost proponent of glass sculpture in the country. Before he began working with it almost exclusively, glass was largely appreciated for its utilitarian functions.

The artist saw beyond this and the result is a body of work that has dazzled the art scene and continues to be prized by collectors.

Gerry King, an Australian artist and designer working in contemporary glass, was stunned by Orlina’s “Arcanum XIX, Paradise Gained” that greeted him at the foyer of the Silahis Hotel on his first visit to the Philippines in 1976.

The multilevel museum includes a sunken garden where live performances can be held, like the one on April 9. There is also a deck that offers an expansive view of the lake and the volcano from a distance.

The setup is similar to the BenCab Museum in Asin, Benguet, but Museo Orlina is more compact—almost all available walls are covered with paintings and mounted sculptures. Placed on waist-high pedestals are more of Orlina’s glass sculptures; should you decide to bring your children to the museum, make sure they are on their best behavior at all times.

All the museum levels are named after Orlina’s children: Naesa (reception lobby and changing collections), Ningning (two galleries on the second floor that contain the artist’s early pieces and more recent works), Anna (photos of Orlina’s large-scale indoor and outdoor works both here and abroad) and Michael (the terrace with a coffee shop and a view of the lake).

The first level also houses the Reflections Gallery that will have changing exhibitions reflecting the vitality of contemporary Philippine art.

In an earlier interview, Orlina told

Inquirer Lifestyle that he had been thinking of building a museum to promote art and tourism for the past five years. “People come to Tagaytay for recreation—horseback riding, organic food, the view—nothing on art,” Orlina said.

At the formal opening of the museum last April 9, Tourism Secretary Ramon R. Jimenez Jr. said that with Museo Orlina, art has been added to the list of things to do in Tagaytay.

“People come here for the cool air and a nice cup of coffee, but if someone says, ‘Hey, there’s an art gallery nearby, some of the most important artists have pieces there,’ all of a sudden you have something like this,” Jimenez said.