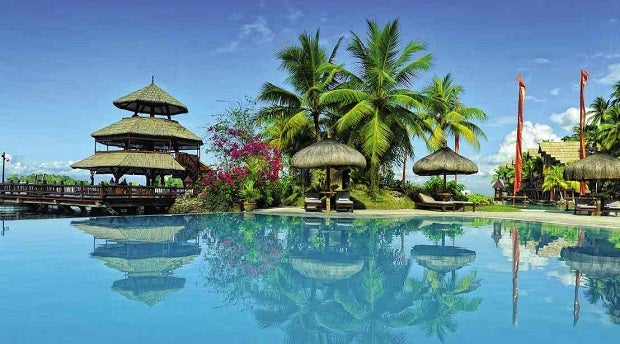 From the mall to the beach on the same day

When the urban traveler embarks on a trip, any claims of wanting to detach completely from reality must be taken with a grain of salt. Chances are, even as the urbanite may want to briefly escape the madding rush, he or she will still crave for connectivity and the familiar comforts of the daily grind—say, that Starbucks run or the oh-so-crucial Facebook and Instagram fix.

Barely a year old, Seda Abreeza in Davao City has found a niche market among urban travelers, whether on business or leisure, as it provides just that: A breather, without really detaching you from life as it happens.

Seda Abreeza opened April last year within the 10-hectare planned mixed-use community in the heart of Davao City, quite like every recent development of the Ayala Land Hotels and Resorts Corp., in partnership with the Anflo Group of Davao’s prominent Floirendo family. It was the third Seda hotel, after the ones in Bonifacio Global City and Cagayan de Oro. (New Seda hotels will also be opening in Nuvali and Quezon City.)

As with every piece of prime real estate, one of the hotel’s major selling points is “location, location, location,” as hotel manager Ken Kapulong underscored. It stands adjacent to the soon-to-rise office and prime residential properties of Ayala, Alveo and Avida, and is right across the Abreeza Mall, the first Ayala mall in Mindanao, which opened in 2011.

It follows Ayala’s vision of planning communities where everything is within reach for its denizens.

Forgot your swimwear at home? No worries. Can’t go through the day without your grande nonfat iced caramel macchiato? Problem solved.

Wi-Fi is free to all Seda guests, so you’re always up to speed on what’s happening on social media, in the same way that you can make them jealous about all the fun you’re having in Davao.

Seda Abreeza, designed by architect Conrad Onglao, is a proud reminder of its locale to its guests, as the property is a showcase of artworks and furnishings from Davao’s prominent artists and craftsmen.

The centerpiece of the lobby is a metal vase sculpture by renowned artist and designer Ann Pamintuan, chosen by Onglao from her 2008 Lasso Collection.

If you’ve ever traveled and fallen in love with something about the hotel you’re staying in—say, the ultra-comfy bed or the plush robe—and wanted to take it home, some hotels have the foresight to allow you to buy these pieces. Seda doesn’t sell its furnishings, just to be clear, but there are shops in Abreeza Mall that will allow you to bring a piece of the hotel back home.

It’s also worth noting that Floirendo-Brias is a regular exhibitor at Manila FAME, and chances are, the merchandise you’ll find in her store has at one point been exhibited at the famous biannual furniture and accessories expo.

If it’s pearl jewelry you want—at a fraction of what you would pay in Greenhills—there’s Nurlika’s, a small kiosk run by its amiable namesake owner and her sister on the mall’s second level. They can even customize pearl jewelry for you—say, one inspired by the Mise en Dior tribal earrings.

Abreeza has practically what every Ayala mall in Metro Manila has to offer, from global and homegrown brands, to dining and retail concepts founded around Mindanao. There are several dining outlets to sample local catch and flavors, and several places to buy the all-important pasalubong.

Meanwhile, at Seda Abreeza, not only are export-quality fruits and produce used to lend local flavor to its dining menus, but the hotel also features the artisanal cheeses of Olive Puentespina of Malagos Farmhouse, the same cheeses sought after by Manila’s top hotels and restaurants.

The witty, often self-deprecating cheesemaker has been lauded by chefs and gourmets alike, and often hosts cheese and wine tasting for tourist groups in her domain. Apart from her versions of chevre, kesong puti, ricotta, feta and blue pepato, among others, all made from the farm’s own goat’s milk, the self-taught Puentespina has also been showcasing her very own chocolates, both tablea (cooking) and dark for eating. If you’ve ever craved for her cheeses but have found her stockists in Manila almost always out of stock, this can be your chance to take some home.

When you’re traveling for business this summer and need a quick getaway from the city, Seda Abreeza guests can arrange for a stay at the glorious Floirendo-owned Pearl Farm Beach Resort, a short drive and boat ride away, at a special rate. (Call 6382-3228888 or e-mail [email protected], or visit www.sedahotels.com.)

The famous resort had recently undergone renovations and upgrades, and it may just be the best time to revisit if you’ve been there before.

When Seda Abreeza opened last summer, it had a 45-percent occupancy; a new hotel typically gets filled at 30 percent, Capulong pointed out proudly. Seda also offers lower rates than its competitor of the same class, he added.

We spent barely 36 hours on a recent work trip to Davao on Seda Abreeza’s invitation. The schedule was filled, but it never felt harried. In our sleep-deprived state, we don’t recall much of the conversation, but we do remember every bit of the experience: We got to hit the mall and the beach on the same day! And social media got to hear all about it—in real time.