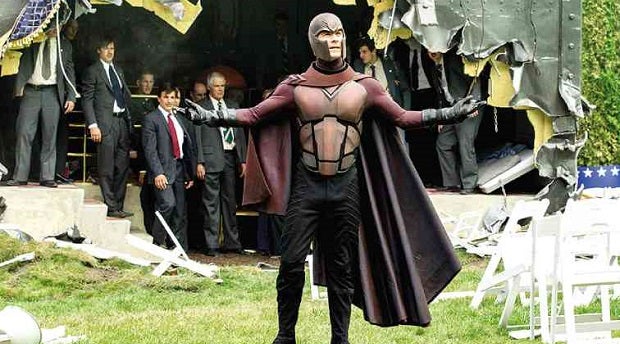 SINGAPORE—Comic book movies now regularly dominate the box office, but this wasn’t always the case. Many may forget now, but director Bryan Singer’s “X-Men,” released in 2000 and based on the wildly popular Marvel Comics property about a heroic band of super-powered mutants, helped pave the way for the phalanx of super-hero flicks which came after it.

Critically and commercially successful, “X-Men” destroyed the preconceived notion that comic book movies were silly and garish. It proved that they were cool.

Who knew that the seventh release, “X-Men: Days of Future Past,” would try to outdo them all?

How does “Future Past” try to do this? By attempting to tie together all the previous films and chart a future path for the X-Men franchise.

This is a task for the talented, so Singer returns as director for the first time since 2003’s “X2,” melding together the cast of the first three X-films and “First Class,” which was set in the 1960s, and focusing on how the X-Men started.

To weave everything together also requires what is probably the most beloved of all Uncanny X-Men stories, Chris Claremont and John Byrne’s 1981 classic “Days of Future Past,” as interpreted by screenwriter Simon Kinberg and adroitly directed by Singer. The film takes the name and basic premise of the story arc, but finds its own destructive course.

In the future, mankind and mutantkind alike have been conquered by the robotic Sentinels. To erase this era of decimation, older versions of Prof. Charles Xavier and Magneto (Patrick Stewart and Ian McKellen, respectively) decide to send the consciousness of Wolverine (an unbelievably buff Hugh Jackman) into his younger self’s body in 1973. Wolverine has to prevent Mystique (Jennifer Lawrence) from murdering Sentinel-creating scientist Bolivar Trask (Peter Dinklage from HBO’s “Game of Thrones”), and he has to do it with the help of former friends but now bitter enemies Xavier (“Wanted’s” James McAvoy) and Magneto (“Prometheus’” Michael Fassbender)

Things don’t go according to plan as Wolverine discovers Xavier broken and powerless while the incarcerated Magneto seethes with rage against humanity. Things go from bad to worse as battles are fought, decisions are made and “Future Past” goes down the wire in order to save the future.

As it involves many elements from six previous films, “Future Past” has a dense plot that necessitates some initial expositional hand-holding; but once it gets going, it doesn’t stop. It’s an action movie with numerous heist aspects, making it both smart and funny. Brutally violent (much, much darker than “Marvel’s The Avengers”) but also sleekly ambitious, “Future Past” boasts a clever, furious interlocking ending that will enthrall viewers.

Additionally, the onscreen technology now available enables Singer to portray the mutants’ powers faithfully and seamlessly. In particular, teleporter Blink (Fan Bingbing) has some great moments, but the show is thoroughly stolen by the breathtaking sequences involving the super speedster Quicksilver (Evan Peters).

Even with such a formidable and Sentinel-size cast, “Future Past” is stitched together by Jackman’s pitch-perfect turn (he has been playing the quick-healing hero for an astounding 14 years and will continue to do so), but McAvoy shines as the anguished younger Xavier and Fassbender as the grimly determined Magneto. Lawrence’s shape-shifting Mystique gives the Oscar-winning actress ample opportunity to take a walk on the dark side. Cameos abound with many mutants in the film.

While hardcore X-Men fans will surely dig “Future Past’s” brisk sophistication and seemingly infinite nods toward the comics continuity, they will probably be most in awe of how the film essentially course-corrects some plotting missteps in past films and sets up the X-Men for its eighth outing, 2016’s “X-Men: Apocalypse.” (Stay until after the movie’s credits).

Comic book fans are certainly spoiled for choice with so many movies taking flight. “X-Men: Days of Future Past” is the film X-Men fans have long been waiting for—all the X-Men gathered together for a cinematic adventure that represents the genuine next step in the evolution of a super-powered franchise firing on all its super-powered cylinders.