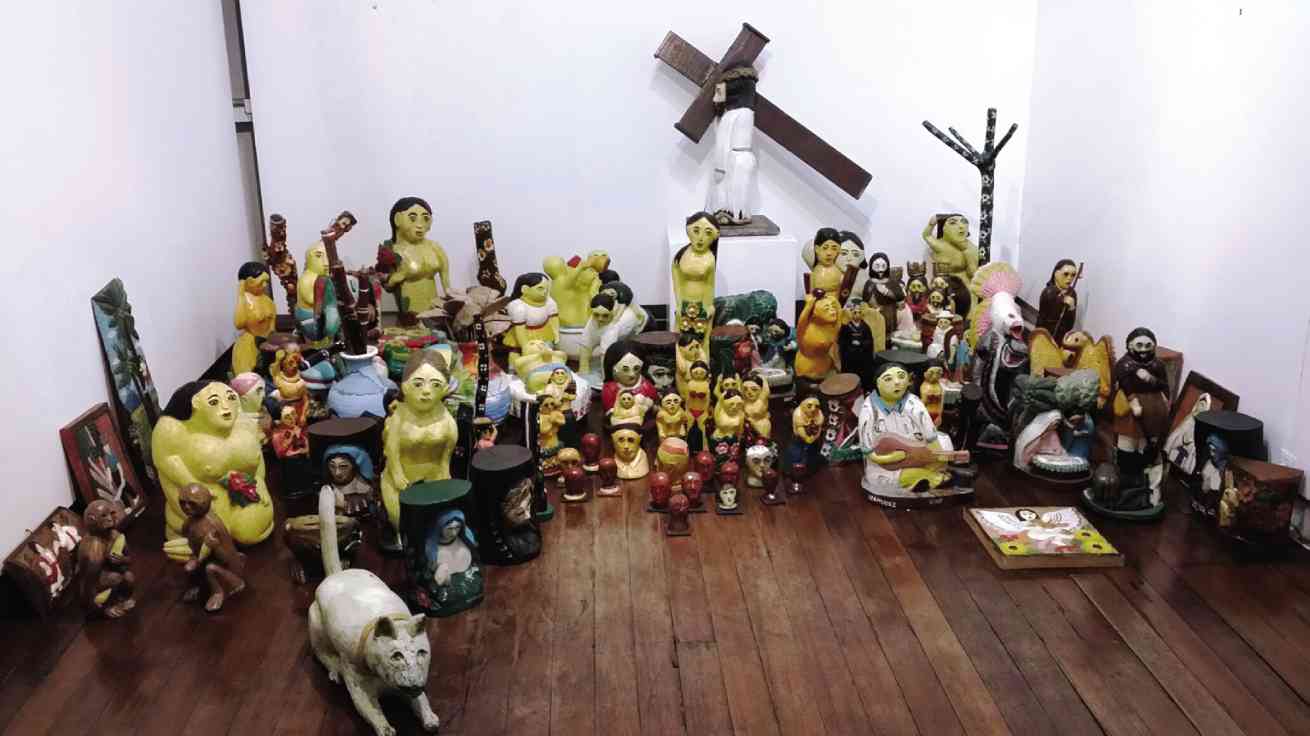 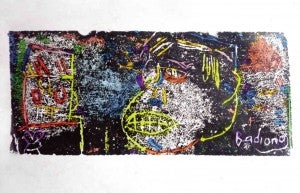 Joey de Castro’s “Like a Rolling Stone,” is an exhibition made up of sets of three’s signifying the family.

Mostly sculptural pieces, this collection uses the raku technique, which known for its unpredictability. A red-hot glowing piece is taken out of the kiln and gently placed in a closed bin filled with organic combustible materials.

The heat from the piece will then burn up the combustible materials and will interact with the glaze, thus creating that raku effect—a combination of black soot (where glaze has not been applied) and cracked glaze.

Joey Cobcobo’s “I’m Doing my Father’s Business” is a collaborative work by the artist and his 4-year-old son who has been encouraged to express himself through the visual medium. The artist has been gathering and collecting his young son’s drawings and doodles, which have become the inspiration for the new works utilizing the printmaking technique of intaglio.

The works, all monoprints, are done on rough handmade paper, while others are hand-colored—expressing the stark contrast either between the dark ink and the reddened paper, or the black ground that highlight the thin-colored lines.

Another exhibit pays tribute to Tatang Jesus Bermudez (1941-2013), consisting of Bacolod’s folk crafts and colorful costumes for the Masskara Festival.

Bermudez’s childlike, wooden sculpture seems to have been drawn from his accumulated visual memory of colorful pictures in magazines, cartoons and books.

His ingenuous art makes use of bright and unrefined colors, strong use of patterns, idiosyncratic scales and perspectives and awkward proportions.